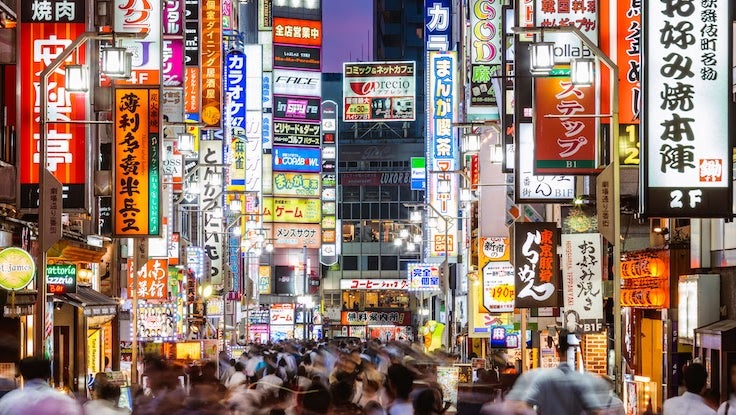 Across the world, Japan is known for its fascinating cultural legacies, and the country's colorful capital city, Tokyo, is no different. From its famous cherry blossoms and historic landmarks to its unique cuisine and fashion subcultures, this sophisticated spot has always captivated visitors — and for good reason.

With travel restrictions and cautions likely to continue for quite some time, hopping a flight and heading across the globe to Tokyo isn’t a possibility. Even the Olympics, originally set to take place in Tokyo in late July 2020, have been postponed until at least 2021. However, you don't actually have to wait that long to experience this beautiful city. Immerse yourself in the sights, sounds, flavors and tales of Tokyo right from the comfort of home by embarking on this virtual vacation itinerary.

Because of the growing interest in virtual experiences in the wake of the coronavirus pandemic, the Japan National Tourism Organization developed a full virtual tour of the entire country for armchair travelers to enjoy. "Japan: Where Tradition Meets the Future" showcases popular tourist spots around town, like the Tokyo Tower, the SEGA arcade and the Kawaii Monster Café, along with other cool attractions in surrounding cities. It’s an immersive experience that gives you a first-person view of city sights from the perspective of a person walking around on foot. You can travel to these digital destinations using the YouTube app on your smartphone or enjoy a full virtual reality experience using Google Cardboard. 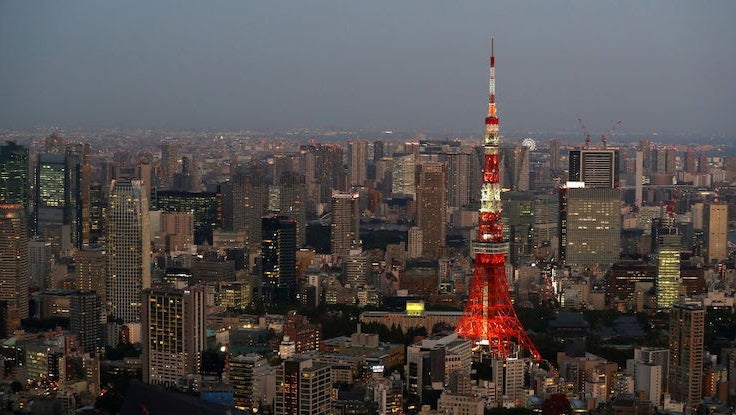 No VR system? No problem. There are plenty of other digital experiences that provide glimpses into this glittering metropolis. Take a walk-through tour of the Tokyo National Museum, the largest museum in Japan, which houses over 100,000 important cultural artifacts and exciting exhibits. Tokyo is nothing if not bustling and alive, and nowhere is this more famously evident than in the iconic (and super-busy) Shibuya Scramble Crossing intersection. Get a feel for this dynamic area by checking out its official live stream camera, and see if you recognize this cacophonous convergence from movies like Lost in Translation and The Fast and the Furious: Tokyo Drift. You can also enjoy everyday Tokyo from multiple vantage points — whether you want to see trains, traffic or temples — on this extensive live stream network.

Tokyo cuisine is praised the world over — the city has the highest number of Michelin-starred restaurants anywhere in the world, after all — and it’s a dining destination for foodies and executive chefs alike. You can bring a bit of "Edo-mae" (that’s "Toyko-style") cuisine into your home by enjoying some regional specialties during your tour. 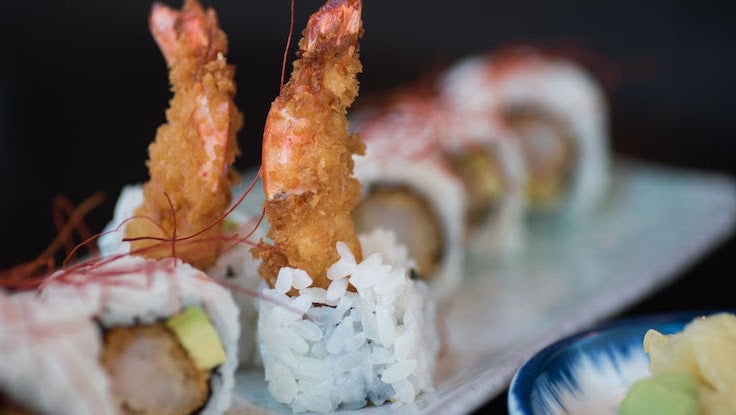 While ramen may be one of Japan’s most famous dishes, another noodle, soba, is perhaps nearest and dearest to Tokyo’s heart. These springy buckwheat strands are often eaten chilled and lightly dipped in a salty-sweet sauce called "tsuyu" — it’s the perfect authentic Japanese meal for your virtual staycation. Try this quick recipe that comes together in about half an hour. Another popular Tokyo menu item? Tempura, a dish of vegetables and seafood fried in the airiest batter imaginable. This easy recipe will help you make shrimp tempura at home in a flash using your own counter-top deep fryer.

And don’t forget dessert. Even though we're quarantined, you can still get your hands on scrumptious Japanese sweets. Japan Candy Box delivers "tasty Tokyo treats" like cookies, cakes and candies right to your front door. For some extra fun, order a variety pack of ramune, the most popular soda in Japan and an absolute must-try. It comes in tasty flavors like classic lemon-lime, orange, blueberry and melon, but where it really shines is in its novelty factor: The unique glass bottles are sealed with marbles, and you use a small plastic tamper in the cap to push down the marble and open the drink.

Another way to experience Tokyo from home? Through the many dazzling films that let the city itself become a main character. In a place that’s so futuristic and cinematic already, it’s easy to understand how Tokyo steals the show while you’re watching a film like Enter the Void. This "psychedelic melodrama" about a recently deceased drug dealer’s soul reckoning with his life choices displays the city in all its neon-lit glory, providing the perfect kaleidoscopic backdrop that elevates the film to total-headtrip status. The main character’s life wouldn’t have been what it was without Tokyo, which is a great testament to the city’s beauty, transformative power — and, yes, intriguing seediness. 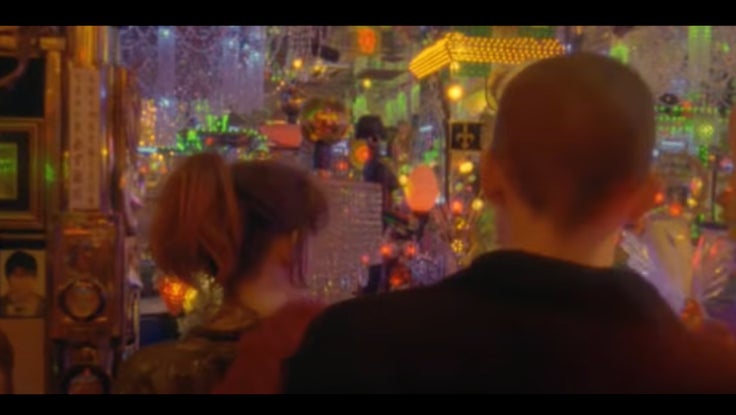 Anime is one of Japan’s most famous cultural exports, and the cartoon-lovers in your family will enjoy seeing the city through the animated eyes of Tokyo Godfathers. This film follows three people living in homelessness while they journey through Tokyo to reunite an abandoned baby with its parents. Along the way, they run into wild characters that highlight the city's subcultures and attractions — against the backdrop of Christmas, no less.

Prefer a nonfiction film foray? Settle in with two great documentaries, Tokyo 1958 and Tokyo Olympiad, that highlight the city’s mid-century modernization. The first provides various snapshots of Tokyo in 1957 and 1958, showcasing the work ethic, nightlife and creativity of the city's residents. Tokyo Olympiad peeks into the 1964 Summer Olympics held in Tokyo. This was momentous for the city; Japan had finally emerged from the ravages of World War II, and the government wanted a film that would honor the country's comeback.

Japanese listeners love keeping tradition alive just as much as they eagerly anticipate the newest pop releases, and there’s almost no better way to enjoy the juxtaposition of old and new that Japan is famous for than by checking out its music scene. Tokyo and the rest of the country celebrate different types of traditional music, including imperial court music ("gagaku") and folk songs ("minyō") while also blasting global styles and the snappiest bubblegum pop imaginable. 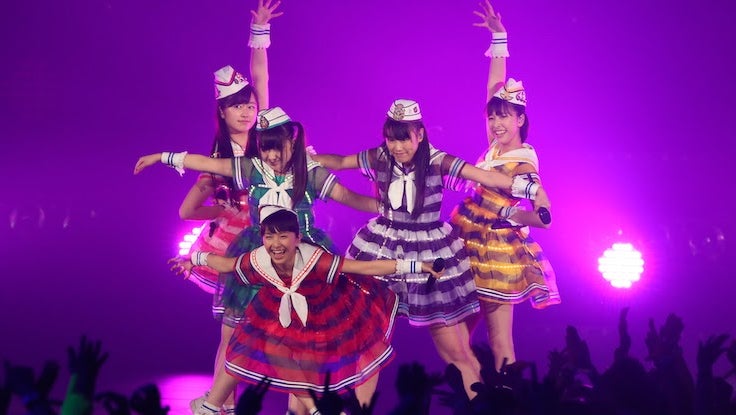 Set your relaxing vacation scene by listening to this well-known piece by influential composer Nakao Tozan. Tozan devoted his career to studying the shakuhachi, an ancient bamboo flute, and is largely responsible for its enduring popularity today. These traditional work songs are another exciting addition to your cultural voyage. Sung while working outdoors or walking to a job to pass the time, these lively chants will get you up and moving.

When it comes to modern music, Japan is greatly inspired by Latin-American culture, and you’ll hear the unique results of this often around Tokyo. The country has even interpreted its own versions of various Latin musical genres like reggaeton — Los Kalibres is a favorite — and you might also enjoy dancing to the distinctly Japanese form of tango called "dodonpa." Don’t forget the high-energy Japanese pop (JPop), which seamlessly mixes upbeat Japanese lyrics with pop-, hip-hop- and rock-inspired beats. Some of the most beloved JPop acts, like Hey! Say! JUMP, B'z, Ayumi Hamasaki and Momoiro Clover Z, have influenced music and fashion across the world — and a lot of their songs are just plain fun. Who couldn’t use more of that during a pandemic?

The Eclectic (Written) Tales of a Big City

Every city with a history as long as Tokyo’s has books that tell tales of its cultural shifts. If you’re a self-professed bibliophile, these stories are a great way to get to know the area’s past and present. Natsume Soseki's 1908 book Sanshiro tells the tale of the titular character’s journey at the University of Tokyo. Originally from Kyushu, Sanshiro feels like a fish out of water but slowly adapts to and falls in love with his new life in the big city (and the city itself). 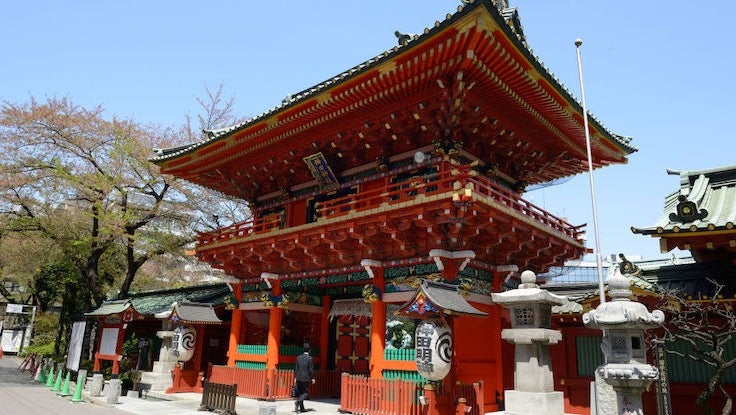 Another must-read? Naomi by Junichiro Tanizaki. This book was published in the 1920s when many Japanese teens who were coming of age were inspired to become "modern women," casting aside traditional Japanese clothing for Western outfits and hairstyles. This quest for independence isn’t depicted favorably in the main character of the novel, but the book offers great insight into pre-war Japanese culture. If you find yourself devouring Tokyo-related titles, this list of books will help you to dive deeper into the city.

Support Tokyo in Its Commitment to Giving Back

Even though we’re all sheltering in place at home, you can still support various communities in Tokyo and surrounding areas in Japan through HandsOn Tokyo. This non-profit organization brings together local residents and foreign volunteers to work with local charity organizations that benefit children with special needs, senior citizens and other social groups who need assistance. Visit the official website to learn how you can support the organization's efforts, even from afar. Check out these other Tokyo-based organizations, too; from combating childhood cancer to collecting and distributing food donations, you’re sure to find a cause that’s close to your heart. 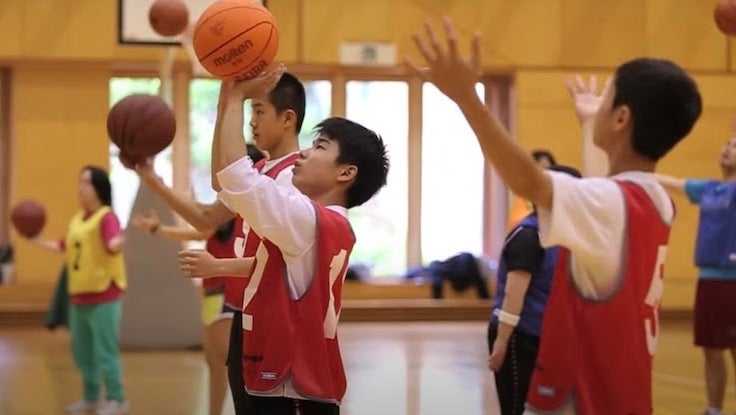 Thank you for joining us on this tour of the great city of Tokyo! If you’ve been bitten by the virtual-travel bug and are interested in exploring other countries around the world, there are plenty of places to experience virtually. Check out the suggestions below — no passport required!

Experience the Excitement, Flavors and Culture of Madrid