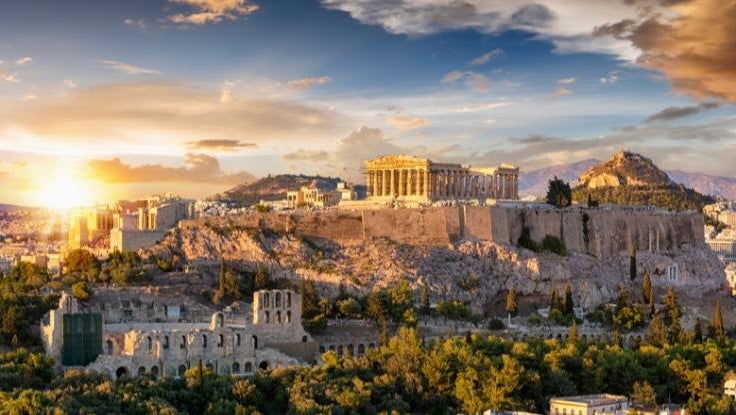 As the capital city of Greece, Athens has intrigued tourists around the world for centuries with its plethora of cultural landmarks, some of which date back to the fifth century BCE. Sadly, National Geographic reported in September 2020 that tourism in Greece has dropped 70% due to the continuing worldwide struggle with the COVID-19 pandemic, and that’s not good news for this already struggling country.

Although Greece has been praised for its handling of the outbreak, the country recently saw the highest spike in COVID cases since it lifted lockdown restrictions in May. At this point, it’s impossible to say when international travel will resume, but for tourists, the internet has once again come to the rescue with a safe, virtual option for those who want to take in the beauty of Athens. Gather your family and get ready to set off on an amazing virtual tour to check out the sights, sounds and culture of one of the most beautiful — and most ancient — cities in the world.

Feast your eyes on some of Athens' most famous sights in stunning 3D splendor with an Acropolis Virtual Tour. The site offers up-close views of landmarks like the Acropolis, Parthenon and Athena Nike. If you're looking for amazing aerial views of the city and coastline, then head over to TripinView. You could also try an app like Acropolis Interactive to enjoy the sights on a mobile device. 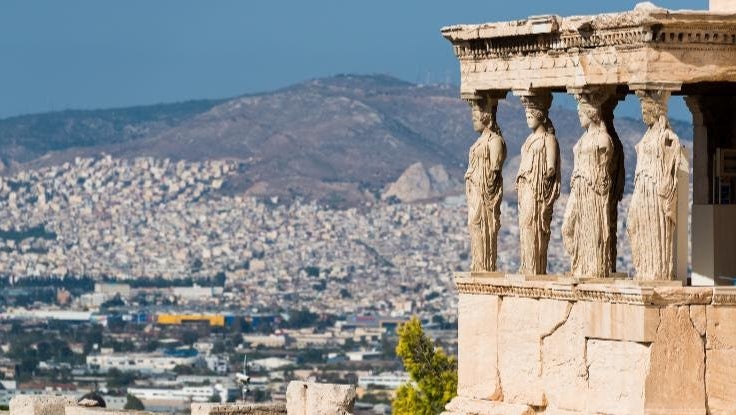 Interested in seeing what life is like among the locals? If you have an Oculus, strap it on and take a free 90-minute walking tour through Athens with this 4K YouTube video. You can even travel back in time and see what an ancient Greek temple would have looked like during its heyday with a free guided tour from National Geographic.

Last but not least, don't forget to check out some of the incredible artistic treasures available in Athens' beautiful museums. Stroll through the Benaki Museum from home with a virtual tour that allows you to click on any object you want to learn more about and examine. Then check out the exhibits, photos and virtual tours offered by the National Archeological Museum, one of the oldest and most important museums in the world.

Bummed about all the great Greek food you won't be able to enjoy on a live vacation? Never fear, we've got you covered if you’re willing to put forth a little effort. For a crash course in Mediterranean food, as well as info about some of Athens' best taverns and wineries, head over to You Go Culture. 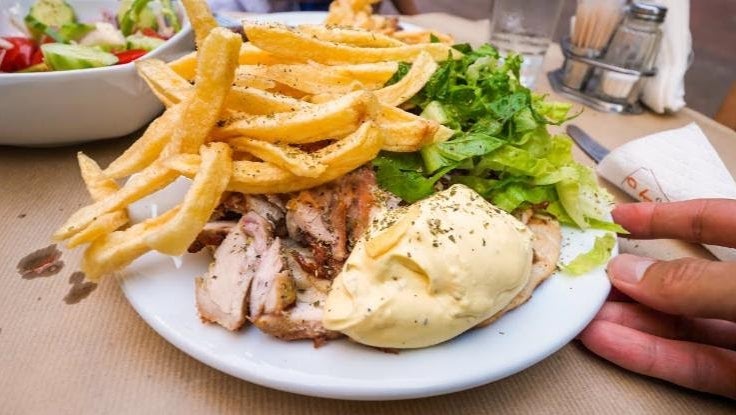 When you're ready to attempt your own Greek dishes, plenty of great websites are available to help you out with recipes and cooking tips. For example, The Spruce Eats has a great collection of 24 Classic Greek Recipes that will guide you through how to make everything from Chickpea Soup to Roasted Lamb.

If you prefer to have someone walk you through each step, then check out a YouTube channel called Greek Cooking Made Easy. Debbie, a native Greek chef, will guide you through every step as you create a huge variety of delicious Greek recipes. She's even got videos for vegetarian and keto diets.

Boost the Greek Experience with Films Set in Greece

When it comes to watching movies set in Greece, your biggest challenge may be choosing what to watch first. If you're looking for something lighthearted, then check out romantic comedies like My Big Fat Greek Wedding or My Life in Ruins, both starring Nia Vardalos. If your preferences run more on the dramatic side, then check out the ab-tastic 300 to get a taste of what life was like for ancient Greek warriors. 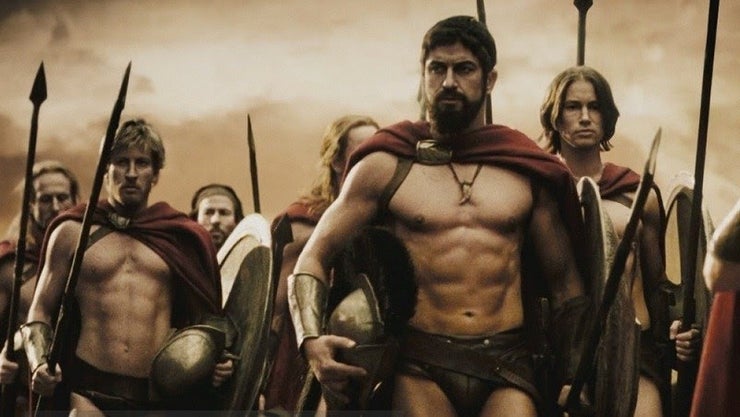 Round things out with a few fascinating documentaries. The National Geographic series The Greeks takes you on a journey into the heart of ancient Greek culture. If you want to get your kids in on the fun, then try out King Midas and the Golden Touch narrated by Michael Caine for some kid-friendly entertainment with a meaningful message.

The musical traditions found in Athens are as rich and diverse as the rest of Greek culture. Much like people all over the world, Athenians enjoy the music of both traditional and contemporary artists in various different styles. If you want to experience the traditional music of Greece, You Go Culture is a great resource for checking out traditional Grecian folk music via a series of free videos. You can also look up tunes by classic artists like Stelios Kazantzidis, Haris Alexiou and Marinella. 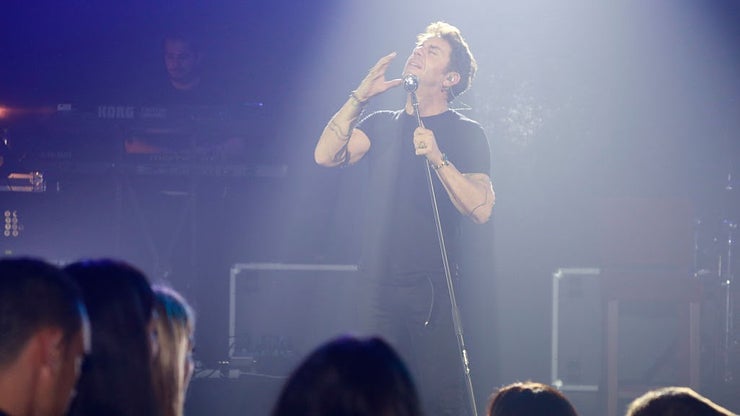 If you prefer modern pop hits and other types of contemporary music, check out popular artists like Natasa Theodoridou, Giorgos Mazonakis, Michalis Hatzigiannis, Giorgos Sabanis and music power couple Kelly Kelekidou and Nikos Kourkoulis. Their hit songs and many others have appeared on Greek Top 40 charts over the years.

You could also tune into a selection of Greek music available on many free online radio stations that play a mixture of traditional and modern Greek tunes. Greek Travel Secrets also hosts a great playlist featuring a blend of some of the best Greek songs from folk and contemporary artists.

Ancient Greece arguably offered up some of the best literature the world has ever known, and the country's strong literary tradition continues to this day. If you haven’t ever read them, it’s way past time to fall in love with some of the most celebrated Greek stories of all time, including Homer's The Iliad and The Odyssey. Even better, these classic tales are often bundled together in one paperback. 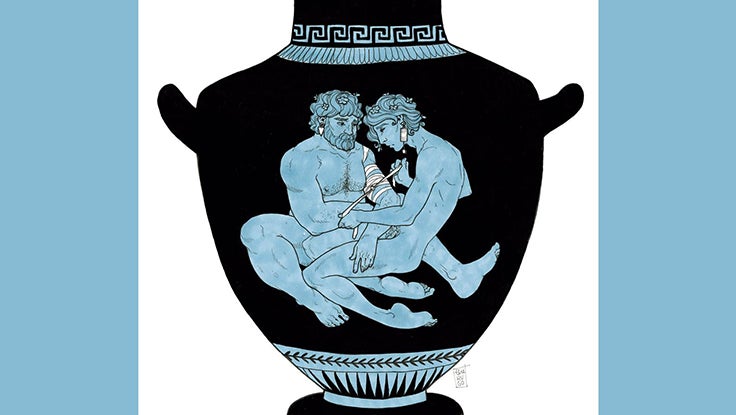 Not quite as ancient, The Colossus of Maroussi by Henry Miller was first published in 1941 and is another great read. This particular story really encompasses the soul of Athens at the dawn of the 1940s and is an all-around beautiful travel read. For something written more recently, Madeline Miller’s gripping 2012 Song of Achilles took ten years of research to accurately provide Achilles’ story before, during and after Homer’s The Iliad, including his truly epic love story with his longtime partner, Patroclus.

If you're looking to get your kids interested in Greek mythology and also enjoy some great reading yourself, then The Heroes of Olympus series by Rick Riordan is a great way to go. A spin-off series of the Percy Jackson books, the books entice young readers with stories of exciting adventures filled with plenty of ancient Greek mythology.

Although you may not be able to travel to Athens this year, you can still find ways to help support Greek culture. The Athens Centre was founded "with the idea of promoting the culture and civilization of Greece on an international level." 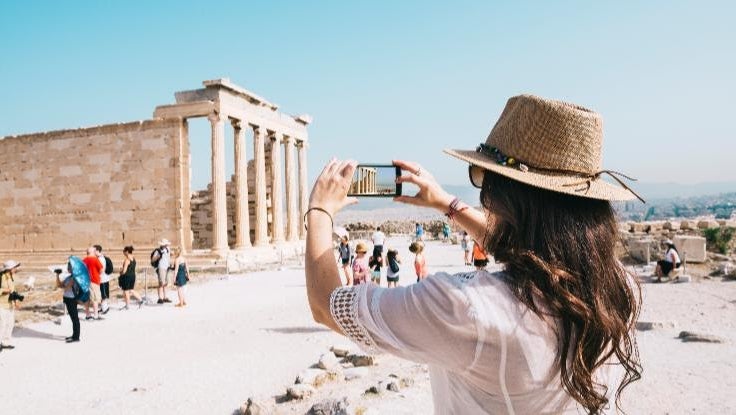 By making a donation, you can help ensure that the culture of Athens continues to thrive through student scholarships, cultural programs and more. Thanks so much for joining us on a virtual tour of Athens, Greece! We hope you enjoyed your virtual travels and encourage you to keep an eye out for more Virtual Vacations from Ask!

Virtual Vacation: Travel to Bangkok Without Leaving Your Home

Virtual Vacation: Indulge in the Passion and Energy of Buenos Aires, Argentina

Virtual Vacation: Wander Through the Peaceful Village of Iseltwald in Switzerland