Important Films That Carefully Examine the Struggles of Black Americans

Education is a vital part of any anti-racist practice. Through learning about the history of racism against the Black community in the United States, we can begin to work towards eradicating racism as it appears in our society today. To encourage empathy and honesty while sparking difficult yet necessary conversations between family and friends, we’ve collected a list of films that can teach us how to channel our energy in ways that help dismantle the racist structures in our communities and align ourselves with movements leading the fight towards racial justice.

According to the National Association for the Advancement of Colored People (NAACP), African Americans are incarcerated at more than five times the rate of whites, and the imprisonment rate for African-American women is twice that of white women. The criminal justice system in America is undoubtedly racially biased, and filmmaker and director Ava DuVernay’s 13th offers an in-depth look at our prison system and the nation’s history of racial inequality.

With one line in the slavery-abolishing 13th amendment (“Neither slavery nor involuntary servitude, except as a punishment for crime”), this piece of legislation was weaponized to imprison and control the African-American population for over 150 years. DuVernay carefully takes us through interviews with former prisoners, expert analysts and political figures who offer their knowledge on this gut-wrenching and horrifically biased reality.

Five hundred years of the history of the African-American experience are broken down into six episodes packed with stories of the people, places and events that comprise Black history. Harvard professor, public intellectual and filmmaker Henry Louis Gates, Jr. expertly shares unique stories of courage, determination and the power of hope against political and social adversity.

After 28-year-old George Zimmerman was acquitted of all charges following his fatal shooting of 17-year-old Trayvon Martin, an emotional exchange of love and support on Facebook for the Black community between Alicia Garza and Patrisse Marie Cullors-Brignac started #BlackLivesMatter. The message quickly permeated social media with marching orders and demands that broadly addressed the many injustices in our society while keeping it concise enough for the hashtag generation to share their stories and experiences from around the world.

At only 40 minutes in length, Stay Woke quickly denounces early doubts that the hashtag was just a “moment” by showing how the movement empowered citizen journalists to document peaceful protests and police brutality, contributing to serious changes in the direction of the national conversation.

You probably know about the Black Panther Party and the organization’s founders, Bobby Seale and Huey P. Newton. But, do you know about William O’Neal – the Black FBI informant who infiltrated the Black Panthers? Judas and the Black Messiah (2021) delves into the complex, and ultimately the tragic, relationship that formed between Newton and O’Neal. Shaka King directed and co-wrote the film with Will Berson, while Daniel Kaluuya (of Sicario, Get Out, and Black Mirror fame) co-stars with Lakeith Stanfield (of Atlanta, Sorry to Bother You, and Selma acclaim.)

There’s no question of how this film will end – its intentionally evocative and Biblical title clearly forewarns viewers of the tragic betrayal that resulted in the death of Huey P. Newton. But people are defined by their lives, not by their demise. Shaka King paints a harrowing portrait of 1960s America, but he also extols Newton and Black Panthers for inspiring courage, pride, and hope in disenfranchised communities. This isn’t an easy film to watch by any stretch of the imagination, but it is extremely poignant and enlightening.

Lifestyle
Which Players Have the Best Chance to Be NBA MVP in 2022–23?

TV & Movies
These Movies Can Help When You’re Feeling Lonely

“Reservation Dogs,” “Prey” and the New Push for Indigenous Representation
2 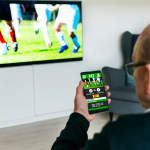 Where to Stream Live TV For Free
3 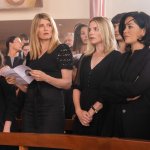 “A League of Their Own” Review: Abbi Jacobson, Chanté Adams Swing for the Fences
5