We can’t believe it’s already almost April either. But there’s still a lot of 2022 ahead of us and we thought about taking a renewed look at our selection of some of 2022’s most anticipated films, especially considering the calendar of releases has changed a lot in the last few weeks.

Bear in mind that nothing is set in stone, so this isn’t a comprehensive selection. New titles will pop up as the new year unfolds. Plus, most of these titles are tentpole movies and/or sequels or adaptations from pre-existing franchises. Expect the year 2022 to be full of those, but also keep in mind that there’ll also be a fair share of must-see indie movies as the year progresses. It’s hard to know if 2022 will be the year that cinema-going returns to normal, or if we’ll all still be doing a lot of streaming at home for certain titles, while opting for the big screen for others.

And yes, some of the titles on this list are movies that we were already looking forward to watching back in 2019 — ahem, Top Gun: Maverick.

Winter 2022: Movies That Have Already Premiered

The 355 (January 7): This action-espionage ensemble stars Jessica Chastain as a CIA agent who joins forces with a German agent (Diane Kruger), a former MI6 ally who specializes in computers (Lupita Nyong’o) and a Colombian psychologist (Penélope Cruz) on a mission to recover a top-secret weapon. Bingbing Fan plays the mysterious woman who follows their every move. The 355 is now available on Peacock and on video on demand (VOD).

Scream (January 14): This is the fifth installment of the Scream franchise. Neve Campbell, Courtney Cox and David Arquette return to their iconic roles alongside newcomers Melissa Barrera, Kyle Gallner, Mason Gooding and Jenna Ortega. Twenty-five years after the brutal murders that terrified the small town of Woodsboro, a new killer dons the Ghostface mask and targets a group of teenagers. Scream is now available on Paramount+ and VOD.

Moonfall (February 4): Master of disaster and climate change advocate Roland Emmerich co-writes and directs this film that sees the Moon on the brink of colliding with Earth and annihilating our world. Halle Berry plays a former astronaut who partners with another astronaut (Patrick Wilson) and a conspiracy theorist (John Bradley from Game of Thrones). Together they’ll try to save humanity as they discover our Moon is not what we think it is.

Death on the Nile (February 11): This new adaptation of a classic Agatha Christie novel has Kenneth Branagh directing and playing the lead detective, Hercule Poirot — the Irish filmmaker already starred in and directed Murder on the Orient Express (2017). This one has been postponed several times due not only to the pandemic but also because a prominent role in the movie is played by Armie Hammer. The movie debuts on Hulu and HBO Max on March 29.

Uncharted (February 18): Based on the eponymous action-adventure video game series, the movie stars Tom Holland (Spider-Man: Homecoming) as Nathan Drake and Mark Wahlberg as Victor Sullivan. They both embark on an epic international adventure — Barcelona is prominently featured in the trailer — in the pursuit of “the greatest treasure never found.” Meanwhile, Nathan starts discovering new details about his long-lost brother.

The Batman (March 4): Robert Pattinson dons the cape and the pointy-eared mask in this new reboot of the bat franchise. Matt Reeves (Dawn of the Planet of the Apes) co-writes and directs the movie, which also stars Zoë Kravitz, Paul Dano, Peter Sarsgaard, Andy Serkis, Jeffrey Wright and John Turturro. Don’t miss our article on the hidden details in The Batman’s first trailer and the movie’s inception and our full review of The Batman.

Turning Red (March 11): Pixar’s first 2022 title is directed by Domee Shi, who won an Oscar for her short film Bao (2018). The movie follows the story of 13-year-old Mei Lee (voiced by Rosalie Chiang), who turns into a giant red panda every time she gets excited. Sandra Oh voices Mei Lee’s overbearing mom, Ming. Read our review of Turning Red here.

Deep Water (March 18): Based on the novel of the same name by Patricia Highsmith and starring Ana de Armas and Ben Affleck, this is one of the titles that has been postponed several times because of COVID-19. De Armas and Affleck play a married couple who have an arrangement to keep their marriage afloat. But when their games turn into murder, things get messier. Highsmith’s source material offers a portrayal of the fake veneer covering American suburbia — let’s hope the film does too.

The Lost City (March 25): Sandra Bullock returns to her comedy roots starring in this action-adventure where she plays Loretta Sage. She’s a popular romance-adventure writer on a promotional tour with Alan (Channing Tatum), the model who has always portrayed Loretta’s main character: the hero Dash. When Loretta is kidnapped by a billionaire (Daniel Radcliffe) who wants to find an ancient lost city’s treasure from one of her novels, Alan decides to take the lead and rescue her as Dash would do. They end up in the middle of the jungle needing to work together to stay alive and find the ancient treasure before it’s lost forever.

Morbius (April 1): Set in the same universe as Venom, Morbius stars the chameleonic Jared Leto as Dr. Michael Morbius. He suffers from a rare blood disease and, while trying to find a cure for himself and others, he ends up transformed into someone with an urge for blood and other vampiric tendencies. Watching the method actor Leto transform himself into a mindless creature may prove to be one of the most appealing aspects of the film.

Ambulance (April 8): Michael Bay produces and directs this film starring Yahya Abdul-Mateen II (Candyman) as Will, a vet desperate to pay for his wife’s medical bills. His adoptive brother, Dany (Jake Gyllenhaal), is a professional criminal. When Will asks him for help, Dany enlists Will in a $32 million bank robbery. The two of them end up in an adrenaline-fueled chase through the streets of Los Angeles, inside of an ambulance driven by EMT Cam (Eiza González).

Downton Abbey: A New Era (May 20): First there were the six seasons of the television drama about a family of British aristocrats, their estate and the servants who allowed for everything to run smoothly. Then there was a 2019 movie too, and now it’s time for a film sequel: A New Era. Julian Fellowes, the creator of the show, returns once more here as the writer. And yes, the good news is that despite the dire health diagnosis the Dowager Countess revealed to her granddaughter Mary (Michelle Dockery) at the end of the previous movie, Maggie Smith returns to A New Era to hopefully dispense fresh doses of perfectly delivered puns.

Top Gun: Maverick (May 27): The original Top Gun opened in 1986. Now, this sequel that’s been decades in the making follows Tom Cruise’s Maverick after he’s served more than 30 years as a pilot in the Navy. When he has to train a group of Top Gun graduates for an impossible mission, Maverick meets Lt. Bradley Bradshaw (Miles Teller), the son of his long-lost friend Goose. Expect spectacular aerial sequences and a lot of need for speed.

Elvis (June 24): Musical heavy-weight Baz Luhrmann (Moulin Rouge) directs and co-writes this biopic starring Austin Butler (The Carrie Diaries) as music legend Elvis Presley. The film also stars Tom Hanks as Presley’s manager, Colonel Tom Parker. “The story delves into the complex dynamic between Presley and Parker spanning over 20 years, from Presley’s rise to fame to his unprecedented stardom, against the backdrop of the evolving cultural landscape and loss of innocence in America,” reads Warner Bros.’ official synopsis of the film.

Minions: The Rise of Gru (July 1): Allow me the yellow indulgence since I’ve been a fan of these adorable polyglot creatures since I first saw Despicable Me in a movie theater back in 2010. This second prequel of the Minions origin story — and fifth installment of the Despicable Me franchise — is set in the 1970s and follows a 12-year-old Gru (voiced by Steve Carell) and his faithful army of yellow sidekick followers.

Nope (July 22): After Get Out and Us, here comes the next psychological horror film written and directed by Academy Award-winner Jordan Peele. Details are still very much under wraps for this movie, which stars Academy Award-winner Daniel Kaluuya, Keke Palmer and Oscar nominee Steven Yeun. You can read more about Nope and its enigmatic first trailer here.

Don’t Worry Darling (September 23): Olivia Wilde’s second feature film after she directed the outstanding Booksmart (2019) stars Florence Pugh and Harry Styles as a married couple living in a utopian experimental community in the 1950s. Pugh plays a housewife and someone who fears that the company her husband works for may be hiding something. The movie also stars Wilde alongside Chris Pine, Gemma Chan and Kiki Layne.

Spider-Man: Across Spider-Verse (Part One) (October 7): After the multiverse-set Spider-Man: Into the Spider-Verse (2018) won the Oscar for Best Animated Feature Film and was lauded for its diverse representation — the movie stars Miles Morales (voiced by Shameik Moore) as an Afro-Latino kid who also happens to be Spider-Man — we really are looking forward to this Spider-Verse sequel. Not to mention, it’s one of several animated films we’re most excited about seeing this year.

Black Adam (October 21): This eleventh installment in the DC Extended Universe is directed by the Catalan filmmaker Jaume Collet-Serra and stars Dwayne Johnson as the titular villain. Pierce Brosnan and Aldis Hodge also appear in this Johnson-starring vehicle that could see him become Shazam’s archenemy.

Black Panther: Wakanda Forever (November 11): Ryan Coogler returns as co-writer and director of the much-anticipated sequel to his Black Panther (2018), the first superhero film to be nominated for a coveted Best Picture nod at the Oscars. Lupita Nyong’o, Danai Gurira, Letitia Wright, Daniel Kaluuya, Winston Duke, Florence Kasumba and Angela Bassett reprise their roles from the original movie. The multi-talented Michaela Coel (I May Destroy You) will play a new role in this sequel. To honor the memory of the late Chadwick Boseman, who played Black Panther in the original film, Marvel has announced that this movie won’t recast the titular role. Also, Thor: Love and Thunder and Black Panther: Wakanda Forever aren’t the only two Marvel Cinematic Universe movies to be released in 2022. There’ll also be Doctor Strange in the Multiverse of Madness (May 6).

Avatar 2 (December 16): Thirteen years after James Cameron introduced us to Pandora in Avatar, here comes the second installment of this story. Zoe Saldaña, Sam Worthington and Sigourney Weaver all return to Avatar 2, alongside newcomers Kate Winslet, Vin Diesel and Michelle Yeoh. The franchise is expected to have five installments in total, with each new movie being released two years apart. 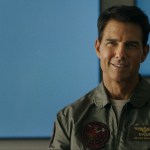