“Obi-Wan Kenobi” Just Ended — Was It Worth the Watch?

The more things change, the more they stay the same — especially when it comes to Star Wars. Like most folks born in the mid-90s/ early-2000s, I’ve been inundated with countless movies, shows, books, and video games set in the “galaxy far, far away”. I also saw every entry in the Prequel Trilogy (Star Wars: Episode I — Episode III) on opening night. Even back in 2005, I felt that Star Wars: Episode III – Revenge of the Sith stood head and shoulders above the two films that came before it. Seventeen years later, Obi-Wan Kenobi has given me a major case of deja vu.

Obi-Wan Kenobi is a six-episode miniseries whose potential is largely undercut by numerous issues; uneven acting performances from lead characters and supporting cast members, inconsistent writing, and questionable production decisions codify the first 4 episodes (or “Parts” as they’re labeled on Disney+) of this show. I really struggled to get through the first two-thirds of Obi-Wan Kenobi… yet, once again, the last third of this series truly shines. Many of the issues that plagued the show earlier subside so that stronger writing, heartfelt performances, and gripping action scenes can take center stage.

I believe that there are nuggets of greatness — namely Ewan McGregor’s precise performance — in the Obi-Wan Kenobi series that are buried beneath the show’s weaknesses. But viewers shouldn’t have to dig for four hours until they strike gold. On the chance that anyone is on the fence about this show, I’ll discuss what worked and what didn’t work for me. Here, there be spoilers, though everyone else on the internet doesn’t seem to care much about discretion at this point.

Ewan McGregor’s reprisal of Obi-Wan is easily and consistently the best aspect of the show. From start to finish, it’s clear that he’s giving it his all come hell or high water. The role required a lot from him — he had to be a shellshocked veteran, a heartbroken friend, and a surrogate father — yet he delivered every time. Hayden Christensen’s reprisal of Anakin Skywalker/ Darth Vader was also moving, particularly in Parts V and VI.

Reva/The Third Sister (played by Moses Ingram) and Young Princess Leia (played by Vivien Lyra Blair) are interesting cases for me. I feel that both of their actresses also brought their A-game to Obi-Wan Kenobi, but the showrunners did not return the favor (more on that later). I’m glad that Lucasfilm is still striving to make Star Wars more diverse and inclusive, even if the execution yields mixed results. I’m also glad that Moses Ingram received support from her co-stars and colleagues when racists tried to single her out for the quality of the show (more on that later as well).

Lastly, Parts V and VI feature some of the best action sequences in the show by a wide margin. Special mention goes to the climactic duel between Obi-Wan and Darth Vader — not only due to the surprising choreography but also because it’s genuinely thought-provoking to a degree.

And Here’s Where Obi-Wan Kenobi Struggles

For me, Obi-Wan Kenobi’s greatest sin is feeling superfluous; this series had the opportunity to chronicle the Jedi Master’s transformation from a traumatized survivor to the unassailable monk that Alec Guinness portrayed him as in Star Wars Episode IV – A New Hope. Unfortunately, the moment that truly justifies this miniseries’ existence never really comes. At best, it’s fan service. At worse, you can marathon every major Star Wars film without watching this show, and ultimately be no worse for wear.

Despite appreciating Moses Ingram and Vivien Lyra Blair’s performances, I felt that their characters greatly detracted from the show. Our time with Young Leia didn’t teach us anything that we don’t already know about the Princess of Alderaan; Leia’s always been presented as a smart, fierce, passionate woman. If anything, Obi-Wan Kenobi reinforces her maligned status as a damsel in distress, as she needs to be rescued multiple times throughout this miniseries.

Reva is particularly problematic for me. On paper, she’s great — a Youngling who survived Order 66 and swore vengeance against Darth Vader (and who just so happens to be Star Wars’ first Black female villain). In practice, she, unfortunately, reinforces the “Angry Black Woman” stereotype; instead of presenting her as a cunning and calculated tactician who’s equal parts sympathetic and dangerous (a la early-GOT Cersei Lannister), Reva is depicted as loud, uncouth, and perpetually angry — a misconception that continues to harm Black women each and every day.

At the end of Part VI, Obi-Wan reunites with an old acquaintance who tells him that “we’ve got a long way to go.” Indeed, I felt that this miniseries ended right when things were beginning to take off. It’s hard for me to recommend this show even to Star Wars megafans when their time could be spent elsewhere. Obi-Wan Kenobi doesn’t close that gap between Revenge of the Sith and A New Hope — it leaves you wondering why they didn’t greenlight the Obi-Wan film that Stephen Daldry was poised to direct in 2017. 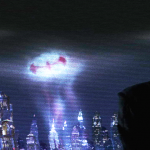