In celebration of Hispanic Heritage Month, we’ve spotlighted the films, TV shows, books, artists, and comedians who’ve brought much-needed representation (and top-notch entertainment) into our lives and living rooms. Here, however, we’re honoring some of the real-life Hispanic American and Hispanic activists, speakers and political leaders who have made a difference in the United States and Puerto Rico. Undoubtedly, these nine voices have shaped — and continue to shape — our lives.

Editor’s Note: There are certainly limitations and nuances that come with identifying language. Dominican journalist Amanda Alcántara perhaps puts it best in an interview for an article entitled “The Problem With Latinidad,” saying that terms like Hispanic often create “a monolith… of an entire continent when every single country and every single community has their own history.”

In our other Hispanic Heritage Month articles centering on films, TV shows and books, we focused solely on the Hispanic American experience. Here, we’re focusing on Hispanic activists and leaders who have made a difference in both the United States and Puerto Rico. Some of the featured figures may identify as Hispanic American, while others may be working in the United States but from Spanish-speaking countries in South America and Central America. For a more in-depth look at the nuance of language as it relates to terms like “Hispanic” and “Latinx,” check out this informative primer from Dictionary.com.

Author and motivational speaker Lizzie Velásquez was born with a rare genetic disorder that makes her unable to gain weight. As a result, she’s faced a lot of cyberbullying, ableism and negativity throughout her life. In 2015, Velásquez released a documentary about her life. But what really put her on the map was her TED Talk.

In the talk, Velásquez shares the coping mechanisms she’s developed and describes how they’ve helped her turn negativity into a vehicle for growth. “Tell me those negative things,” Velasquez says. “I’m gonna turn them around and use them as a ladder to climb up to my goals.” Both powerful and funny, her presentation reveals a list of tools that everyone can use to release the hold negativity has over their lives.

Taken in at a young age by a group of local New York City drag queens, Sylvia Rivera was a gay liberation and transgender rights activist who, like her friend Marsha P. Johnson, self-identified as a drag queen. After throwing the second Molotov cocktail at the police during the Stonewall uprising, a then-17-year-old Rivera refused to leave the uprising for several nights, saying, “I’m not missing a minute of this—it’s the revolution!”

After the riots, Rivera helped lead demonstration with the Gay Liberation Front, and, in 1971, she co-founded the Street Transvestite Action Revolutionaries (STAR) alongside Johnson, thus committing herself, and STAR, to helping unhoused drag queens, gay youth and trans women.

As seen by her dedication to supporting her unhoused neighbors at the Christopher Street docks, Rivera was an advocate for those who were left behind by the mainstream gay rights movement — that is, those who were assimilationist and not fighting for total liberation.

“Throughout her life, [Rivera] fought against the exclusion of transgender people, especially transgender people of color, from the larger movement for gay rights,” writes Emma Rothberg, a National Women’s History Museum (NWHM )Predoctoral Fellow in Gender Studies, for the NWHM. Today, the

carries on her legacy by ensuring that “all people are free to self-determine their gender identity and expression, regardless of income or race, and without facing harassment, discrimination, or violence.”

Born in 2010, Sophie Cruz is an activist for Deferred Action for Parents of Americans — or DAPA. Since her parents are both undocumented immigrants from Oaxaca, Mexico, Cruz has been working tirelessly to ensure her mom and dad can stay in the U.S.

Inspired by her determination, former President Barack Obama invited Cruz to the White House. The young activist even starred in the short movie Free Like the Birds (2016), which debuted at the Tribeca Film Festival.

Emma Tenayuca became a labor activist before she even graduated high school. Tenayuca’s family suffered through the Great Depression, which opened her eyes to the inequalities inherent to being a working-class person. At 16, she was arrested for the first time while striking with a picket line of workers against the Finck Cigar Company.

Before she turned 21, Tenayuca organized several protests and founded two international garment workers unions for women. When she joined the Communist Party in 1936, Tenayuca was blacklisted and forced to leave San Antonio. Now, she is known by the nickname “La Pasionaria de Texas” — or “The Passionate One” — because of her unflinching courage.

A well-known American civil rights activist, Sylvia Mendez was only eight years old when she played a key role in Mendez v. Westminster, which ended de jure segregation in California. Mendez grew up in a segregated school system, and, as a result, her parents filed a lawsuit that led to a key turning point for civil rights efforts in the U.S.

In 2011, Mendez received the Presidential Medal of Freedom, the country’s highest civilian honor. Today, her legacy lives on, and Mendez continues to put activism first as a motivational speaker.

Luis Muñoz Marín was the very first democratically elected Governor of Puerto Rico and, as such, has been viewed as an important figure in the history of the nation. Most notably, Marín played a key role in suppressing the Nationalist Party, later receiving honor for his efforts.

Raffi Freedman-Gurspan is the first openly transgender person to work in the White House. A trans rights activist, Freedman-Gurspan has been involved in politics since graduating from college in 2009.

A few years later, in 2015, she was hired to work in the White House as the primary LGBTQ+ liaison, fostering more inclusive public engagement practices. Later, she became the National Center for Transgender Equality’s director of external relations.

Antonia C. Novello was the first woman and the first Hispanic person to serve as Surgeon General of the United States. She joined the Public Health Service in 1979, kicking off an impressive career. Novello’s work in AIDS research for the National Institute of Child Health and Human Development (NICHD) grabbed former President George Bush’s attention.

As a result, he appointed her to the position of Surgeon General. Novello used her platform to speak on illegal underage drinking and encourage the immunization of children. Former President Bill Clinton praised Novello during her time as a Surgeon General, saying she had “vigor and talent.” In 1994, she was inducted into the National Women’s Hall of Fame.

But many Americans learned of Justice Sotomayor when former President Barack Obama nominated her to the Supreme Court of the United States (SCOTUS). While justices interpret the law and don’t take “sides” politically speaking, Justice Sotomayor has ruled in favor of criminal justice system reform and often takes positions that defend the rights of all people. As such, she has become an inspiration for many. 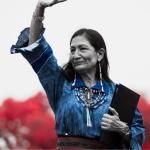 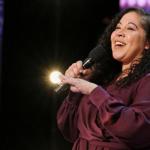 Hispanic Heritage Month: 8 Contemporary Comedians Who Are Guaranteed to Make You Laugh
3 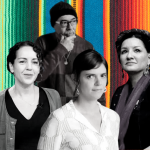 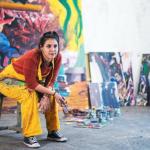 8 Contemporary Hispanic American Artists You Should Get to Know
1 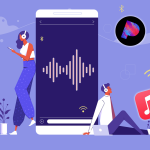