While Mario Bros., the first official installment in what would become the Mario multimedia franchise, made its way into arcades in 1983, Nintendo’s now-flagship character actually made his on-screen debut two years earlier. In 1981, the Mario character came onto the scene in the arcade game Donkey Kong.

So, to celebrate Mario’s (and Donkey Kong‘s) 40th year in the pop culture zeitgeist, we’re taking a look back at the fire-tossing, high-jumping plumber that, against all odds, helped make Nintendo a household name.

Designed and directed by video game visionary Shigeru Miyamoto (Mario Bros., The Legend of Zelda), Donkey Kong was Nintendo’s answer to Namco’s incredibly popular Pac-Man (1980). In the platformer, gamers maneuver Mario around construction-site obstacles, all with the aim of rescuing Pauline — a forerunner to Princess Peach — from the clutches of Donkey Kong, a giant, barrel-throwing gorilla.

Of course, gamers might recall that Mario wasn’t actually called Mario back in 1981: at the time, he was referred to as “Jumpman.” Later, the company dubbed him Mario, reportedly a reference to Nintendo of America’s Italian American landlord, Mario Segale. Additionally, this so-called “everyman” character wasn’t a plumber in his first outing, but a carpenter.

Notable for introducing several of Nintendo’s key characters, Donkey Kong is also a huge moment in gaming history for several other reasons. Not only was it one of the very first platformers, but it was also the first platform game to feature jumping — something that would become integral to the genre.

Much like Pac-Man, Donkey Kong relied on cutscenes to help advance the game’s sparse plot. And maybe, just maybe, that’s partially why these characters resonated a bit more with gamers. After all, Nintendo has always blended innovation with solid gameplay and memorable characters and worlds, and Donkey Kong is an early example of the company’s — and, in particular, Miyamoto’s — successful formula.

“Mario Bros.” (1983) Marks One of the Plumber’s First Self-Titled Outings

Even if you’re a more casual gamer, odds are you’ve played Super Mario Bros. at some point. The 1985 hit cemented Mario’s place as the face of Nintendo and, to a larger extent, one of the industry’s biggest icons. But before that ubiquitous classic came onto the scene, Mario also starred in a few other self-titled games: Mario’s Cement Factory and Mario Bros., both of which debuted in 1983.

First up, Mario’s Cement Factory. Certainly the lesser-known of the two games, Cement Factory was released on Nintendo’s Game & Watch and developed by by Nintendo R&D1 under Gunpei Yokoi, who produced and co-designed Donkey Kong alongside Miyamoto. In the game, players control Mario, helping him navigate a cement factory’s elevators and funnels and save his co-workers from certain doom. While it’s certainly one of the stranger entries in the Mario series of games, Cement Factory was widely been praised, especially given its complexity.

Of course, the more direct forerunner to Super Mario Bros. was the original Mario Bros., pictured here. Designed by both Miyamoto and Yokoi, Mario Bros. starred plumbers Mario and Luigi, the former’s brother, as they work to exterminate the creatures emerging from New York City’s sewers. This Donkey Kong spin-off certainly established many of the series most fundamental elements, but, unlike future games, players aren’t able to squash enemies by jumping on them. Instead, they have to flip enemies onto their backs and boot them off screen.

Released in arcades and for the Nintendo Entertainment System (NES; or Famicom), Mario Bros. came onto the scene during the video game crash of 1983, but, thanks to its memorable look and feel, it stood out — and, without a doubt, marked the real beginnings of the series we all know and love.

As we mentioned, when many of us think of an old-school Mario game, Super Mario Bros. is what comes to mind. A successor to Mario Bros., Super Mario Bros. was released in 1985 in Japan for Nintendo’s Famicom and, later, got a limited release stateside on the NES. (A few years later, it would receive a wider release outside of Japan.) Designed by Miyamoto and Takashi Tezuka, the game was dubbed a “grand culmination” of the team’s tireless work.

In essence, it was the best of all things game design — and not just on a programming level. For example, the game’s soundtrack, which was composed by Koji Kondo (The Legend of Zelda series), was a centerpiece of the game. (And, likely, one of the level’s tracks is now looping in your head, right?) In addition to making side-scrollers all the more popular, Super Mario Bros. helped revive the entire industry and, with 50 million copies sold worldwide, it is one of the best-selling and best-reviewed video games of all time.

In the game, players control Mario (or Luigi) as he searches the Mushroom Kingdom, eager to save Princess Toadstool (later, Princess Peach) from King Koopa (later, Bowser). The game not only introduced iconic enemies, from Goombas and Bullet Bills to Bowser himself, but it also served as the debut for a number of power-up items, including Super Mushrooms, Fire Flowers and Starman (colloquially dubbed Star Power).

Of course, Mario’s mid- to late-80s success wasn’t contained to just one game. In 1984, Mario was added to plenty of other Nintendo titles, including Tennis, in which Mario was the referee, as well as Pinball, Golf, and Tetris, among many other Nintendo releases. This was not just a testament to how well-loved the character was, but it also marked a smart move on Nintendo’s part — the more gamers saw Mario, the more of a Mickey Mouse-level icon he’d become.

In 1989, Mario appeared in his own Game Boy game for the first time. Although Super Mario Land was slightly different when it came to gameplay, fans still craved anything starring the plumber. A year later, Nintendo introduced Super Mario Bros. 3, a title that’s often recognized as one of the franchise’s greatest of all time — as well as one of the greatest video games of all time.

In fact, Super Mario Bros. 3 became the third-best-selling NES game with more than 17 million copies sold worldwide. The game introduced an overworld map and marked the first appearance of the beloved Tanooki Suit. Several years later, upon the release of the All-Stars edition of the game, Electronic Gaming Monthly ranked it second only to Tetris, writing that Super Mario Bros. 3 “took the series back to its roots, but expanded upon the original game in every way imaginable. No other game since has been able to recapture the spirit of adventure and enchantment found [here].”

In the ’90s, Mario Broadens His Pursuits

The early ’90s were the heyday of the Super Nintendo Entertainment System (SNES). In 1991, Super Mario World saw the titular character facing off against Bowser and his Koopa army yet again — though, this time, it introduced Mario’s lovable, green dino-pal Yoshi.

Of course, Nintendo didn’t want to box Mario in. Or, perhaps more accurately, they wanted him everywhere. For example, players got the chance to see Mario switching up his profession in the puzzle game Dr. Mario (1990). In 1992, Mario sat behind the wheel for the first time in the one-and-only Super Mario Kart — a game that would give birth to a long-running franchise (and phenomenon) in its own right. And, in 1996, Mario dipped his toes into the role-playing game (RPG) genre thanks to Super Mario RPG: Legend of the Seven Stars, a joint effort between Nintendo and Square (now, Square Enix), the company behind beloved RPG series like Final Fantasy and Kingdom Hearts.

In the late ’90s, the Nintendo 64 (N64) took Mario’s adventures to new heights — technically speaking. Super Mario 64 (1996) marked the first “3D” Mario game; the open-world game allowed players to roam around a world composed mainly of 3D polygons. (Goodbye, side-scrolling and 2D sprites.) The effect? You really felt immersed in the various worlds of the game — and it brought the story and characters to life like never before.

The N64, which offered up four controller ports, certainly emphasized multi-player and party games. With an eye toward social gaming experiences, Nintendo released classics like Mario Kart 64 (1996) and launched several enduring (and beloved) series, including Mario Party, Super Smash Bros., Mario Tennis and Mario Golf, just to name a few. Toward the end of the N64’s cycle as the must-have console, Nintendo released Paper Mario (2000), an innovative title that starred a paper cut-out of Mario and mixed RPG, action-adventure and puzzling elements.

Over the next few years, Nintendo would go on to release ever-innovative mainstays in the Mario franchise, from GameCube’s odd-yet-creative Super Mario Sunshine (2002) and Luigi’s Mansion (2001) to the Wii’s gravity-defying Super Mario Galaxy (2007) and incredibly chaotic (yet fun) New Super Mario Bros. Wii (2009) to the latest and greatest versions of Mario Kart, Super Smash, Mario Party, Paper Mario, and Mario [Insert Virtually Any Sport Here]. The WiiU’s Super Mario Maker (2015) even allowed players to create their own side-scrolling adventures.

And, more recently, the Switch’s Super Mario Odyssey (2017) gave players a chance to embark on an open-world, truly open-ended Mario adventure. As of March 2021, Odyssey has sold over 20 million copies, proving that continued innovation and a familiar, red-capped hero can go a long way when it comes to appealing to gamers, even after four decades of fun. Mario sure has come a long way from his origins as Donkey Kong‘s Jumpman — and we can’t wait to see where his adventures bring us next.

Is Fortnite the Most Popular Game?
2 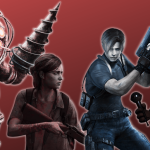 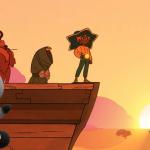 Experiencing Animal Crossing Fatigue? Mix It Up With These Delightful Nintendo Switch Games
5