Weird Al Songs: 5 Signature Originals By the Master of Parody

Weird Al Yankovic is, in many ways, actually not so different from most other musicians. Tons of musicians have made entire careers out of performing some amalgamation of songs written by other people. Plenty of musicians have a comedic bent to their music, and develop a fanbase around that comedy.

But in other ways, Weird Al is entirely unique. I guess that’s why Weird: The Al Yankovic Story, Eric Appel’s brand new biopic starring Daniel Radcliffe as Yankovic, is such an exciting release for so many of us. He built an entire career out of song parodies, including multiple hit albums and the 1989 film UHF that went on to become a cult classic.

What many folks don’t know is that Weird Al’s best songs are not all parodies, actually. He’s written quite a few great songs of his own, many of which are just as hilarious and wonderful as his most well-known parodies. In celebration of Al’s big cultural moment this year, let’s take a look at five of his best original songs.

When Al isn’t doing parodies of individual songs, he’s often playing around with the tropes of various genres, and this track off his 1985 album Dare to Be Stupid is a perfect example. It ends up being unholy combination of 1950’s doo-wop and a George Jones country song about being sad and lonely.

And honestly? It’s kind of beautiful in a way that makes it hard not to sing along with, but it’s also one of Al’s best list songs. After the traditional sad song preamble of “I heard you’re leavin’,” it settles into a list of all the things the narrator would rather do than spend “one more minute” with the one he used to love. Some highlights: he’d rather, “Spend eternity eating shards of broken glass” or “jump naked on a huge pile of thumbtacks.” Pretty great visuals, right?

This song off Yankovic’s 1994 album Bad Hair Day is in the style of many ‘90s They Might Be Giants songs — think “Birdhouse in Your Soul,” for example. And yes, there’s a ton of silliness in it: the song opens with the narrator being surprised by his “hibachi dealer” while careening down the freeway “with a rabid wolverine in my underwear,” for example.

And yet, like many of Al’s best songs, there’s a wistfulness and a wisdom in it, too. His appropriation of the style is totally heartfelt and invested — the song is undeniably rocking and catchy in a very ‘90s kind of way. You can’t help (if you’re me, at least) but feel a little moved by the simple-yet-profound truth of the chorus: “All you need to understand is everything you know is wrong.”

Undeniably, one of Weird Al’s best songs, “The Biggest Ball of Twine in Minnesota” — off the UHF soundtrack — manages to be a parody of tons of things without distinctly being a parody of anything specific. Most saliently, he’s making fun of American road trip culture and he’s making fun of story songs — specifically, this one feels a lot like Harry Chapin’s “30,000 Pounds of Bananas”.

But like “Everything You Know Is Wrong,” the fact that the musicianship is totally earnest means that the song’s epic length — it clocks in at nearly seven minutes — ends up winning you over by the end. The thing about joke songs is that they’re still songs, right? And songs sneak their way into your heart and make you feel stuff. So when Al sings, “So, we all just stared at the ball for a while and my eyes got moist,” I’ve got to tell you: I’m pretty much right there with him, somehow.

This one’s a song that’s supposed to sound like R.E.M.’s ‘80s hits like “Don’t Go Back to Rockville”. And, as far as I’m concerned, if you don’t listen too much to the lyrics you’d just think you’re listening to one of the great rock songs of the late ‘80s. Behind the beautiful music is an extended joke about how obsessed we all are with bigger and better TVs (among the other items and detritus of American life).

More than maybe any other Weird Al song though, this one, which is off his awesome 1993 album Alapalooza, just works for me musically. Maybe it’s because it mimics the music I loved most from my own childhood, but when Al starts emotionally repeating “Hey now!” during the song’s climax, I can’t help but rock out with him.

This gorgeous ballad off Al’s 1992 album Off the Deep End is, without a doubt, my favorite Al Yankovic song ever. And while that’s certainly because of my love for cheesy love ballads, it’s also because it’s the perfect combination of Al’s ability to write a beautiful song and his ability to write the most hilarious jokes you’ve ever heard.

The video for “You Don’t Love Me Anymore” is an homage to Extreme’s “More Than Words” video, but, really, this song is maybe further from parody than any of the others on this list. The narrator is doing the standard sad song work of telling us about all the ways he knows the one he loves doesn’t love him back anymore. But since it’s Al, the reasons are all amazing. My favorite? “You slammed my face down on the barbeque grill. Now my scars are all healing, but my heart never will.”

It’s a joke, but, like, it’s not. And that’s the thing about Al’s whole career. His parodies and his originals are all celebrations of the popular music of his lifetime. Pop music is all about lyricism; alongside poetry, it’s one of the places we go to say how we feel when we can’t quite find the words to say it. And sure, it’s all funny, but sometimes things are funny because they’re true.

Which of These Tracks Will Be Dubbed 2020’s Song of the Summer?
3 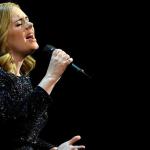 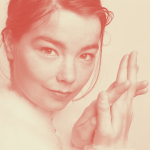 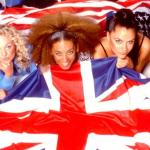