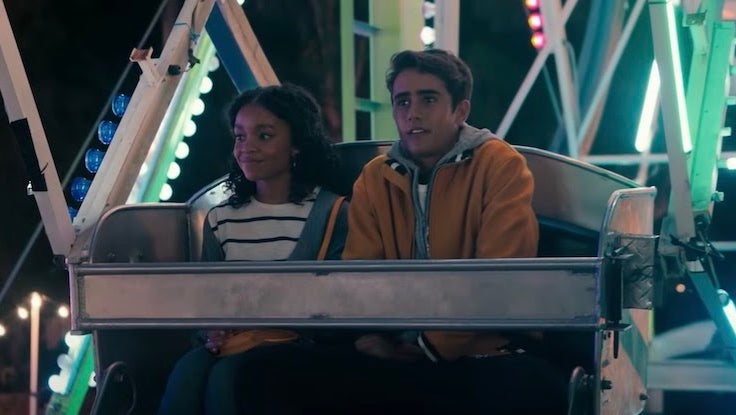 After months of virtual education, school is officially out for students across the country. That means kids — and their families — now have more time to relax and enjoy the summer months, even if their time is mostly spent away from other people.

Fortunately, there are plenty of amazing shows and movies to keep children and teens alike entertained. From the highly anticipated reboot of The Baby-Sitters' Club to the action-comedy film My Spy, this summer is looking to be a great one for families with streaming services.

Love, Victor, which premiered in June exclusively on Hulu, is a teen romantic comedy and drama series inspired by the 2018 film Love, Simon. The series centers around Victor, a teen from a Colombian-Puerto Rican family who has enrolled at a new high school in Atlanta. Victor, played by Michael Cimino, grapples with school, his sexual orientation and problems at home. 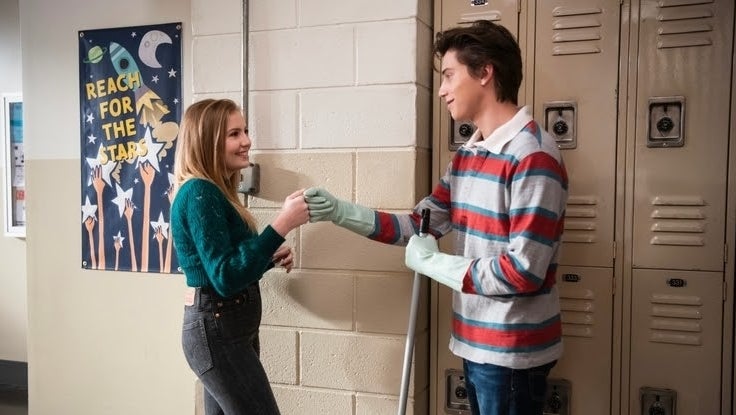 Other stars include Rachel Hilson, Bebe Wood, Ana Ortiz and James Martinez. Nick Robinson, who starred as the lead character, Simon, in the original film, serves as narrator and producer of the series. It's definitely a series that teens can relate to while on the road to self-discovery.

We Bare Bears: The Movie (Amazon Prime Video and On-Demand)

We Bare Bears: The Movie wraps up the animated Cartoon Network show of the same name. The series follows three bear brothers, Grizz, Panda and Ice Bear, who attempt to integrate into the human world in the San Francisco Bay Area. After an incident with a Canadian poutine truck, wildlife control agent Trout tries to separate the brothers, who decides to flee to Canada so they can stay together. 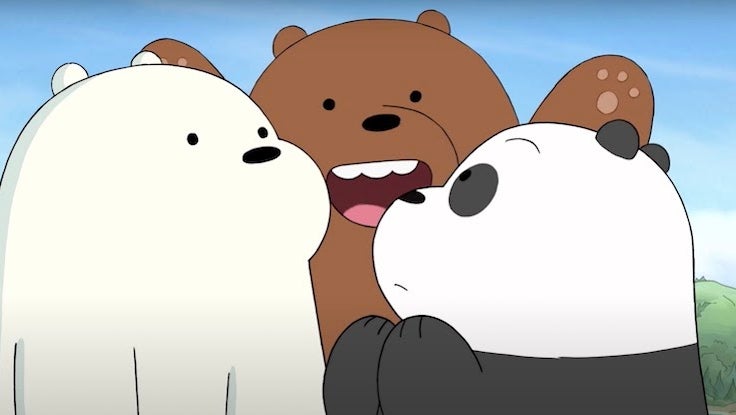 Though it's an animated movie, the film deals with real-life issues, including family separation and racial discrimination. (Also: poutine.) The story can be interpreted as an allegory for what it's like to be a person of color in America, which is a particularly relevant issue at this point in history.

Kipo and the Age of Wonderbeasts (Netflix)

Adventure and comedy await in the Netflix original series Kipo and the Age of Wonderbeasts. The 10-episode first season was released on the streaming service in January 2020. A second season, also with 10 episodes, is now available to watch as well. 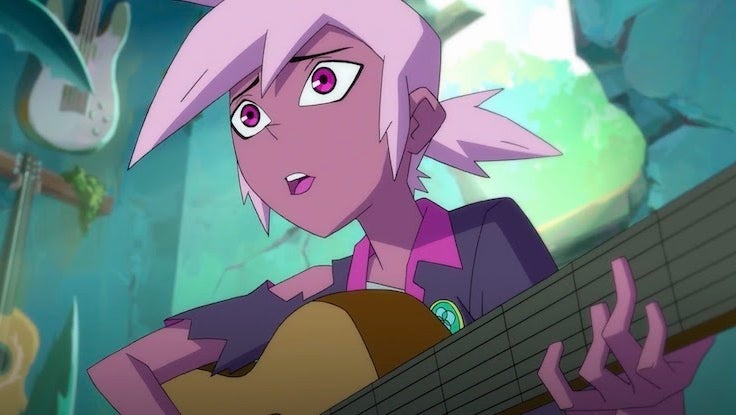 The series follows a girl named Kipo Oak, who leaves the comfort of her underground burrow to go in search of her father in a post-apocalyptic world. To navigate the dangerous land ahead, she makes friends with human survivors Wolf and Benson as well as mutant animals Dave and Mandu. The series has been praised for its appeal across ages, music, art design and representation of people of color and the LGBTQ+ community.

Many know Ann M. Martin's popular children's book series, The Baby-Sitters Club, from the late 1980s through the 2000s. The series follows a group of girls as they balance friendship and a full-blown babysitting business in their quaint town of Stoneybrook, Connecticut. The series was adored so much that it was eventually made into a short-lived series and film in the 1990s.

Now, Netflix has rebooted the show into a wonderful series for the pre-teens and teens (and even adults) of today! Released on June 13, 2020, the show highlights much of the original content of the novels but with a current perspective, including references to today's pop culture as well as issues like feminism and support of the transgender community. It also features a multiracial cast, including rising actresses Sophie Grace, Malia Baker and Momona Tamada. Alicia Silverstone also appears as Elizabeth Thomas-Brewer, Kristy's mother, as does Mark Feuerstein as Watson Brewer, Elizabeth's eventual husband.

Released in late-May 2020 by Disney+, The Big Fib is a game show based on the popular Generation Z podcast Pants on Fire. The show is hosted by the witty Yvette Nicole Brown alongside C.L.I.V.E., Brown's robot sidekick voiced by Rhys Darby. 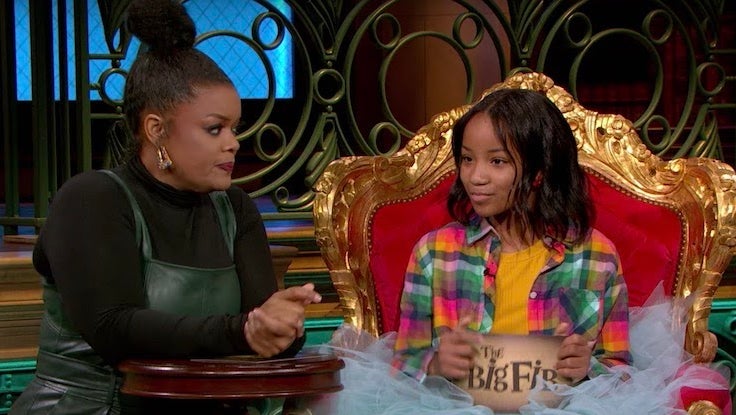 During each episode, two adults claim to be experts on a topic. The catch is that one of them is lying. It's up to kid contestants to ask questions in a series of rounds to figure out which adult is telling "the big fib." In the end, if the child guesses correctly, the fibber gets doused with "fib foam" and the kid wins a huge trophy. What's cool about this show is that it's not only entertaining, but it also gives kids the opportunity to learn more about science, the arts and other interesting occupations.

Another Netflix original series, Alexa & Katie follows the friendship of two high schoolers, one of whom (Alexa) has leukemia and battles the stigmas that come from being a teen with a life-threatening illness. The series stars Paris Berelc and Isabel May as Alexa and Katie alongside Emery Kelly, Eddie Shin, Finn Carr and Tiffani Thiessen (yes, of Saved By The Bell fame). 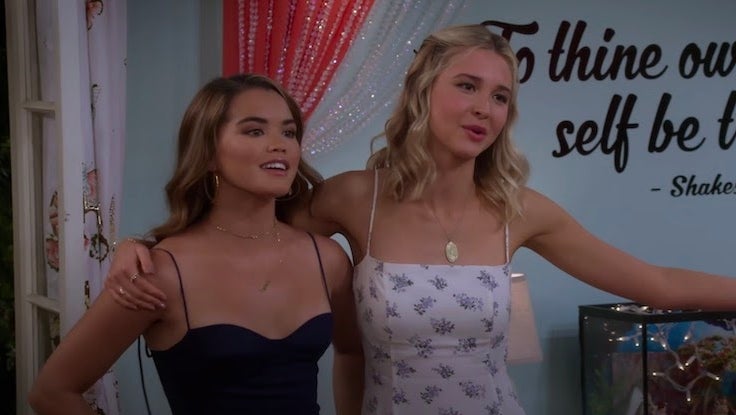 The third and final season was released in June and sees the best friends navigating senior year and graduating from high school. The creators of the show believed that it would be best to end the series at this major milestone in the girls' lives. However, with a total of 39 episodes, the show is definitely binge-worthy for the fam!

The family film My Spy follows a CIA operative named JJ, played by Dave Bautista, who has gone undercover with a tech support specialist to surveil the in-law family of an illegal arms dealer. Problems arise when a precocious nine-year-old in the family gets in the way of JJ's plans. The film also stars Chloe Coleman, Kristen Schaal, Greg Bryk and Ken Jeong. 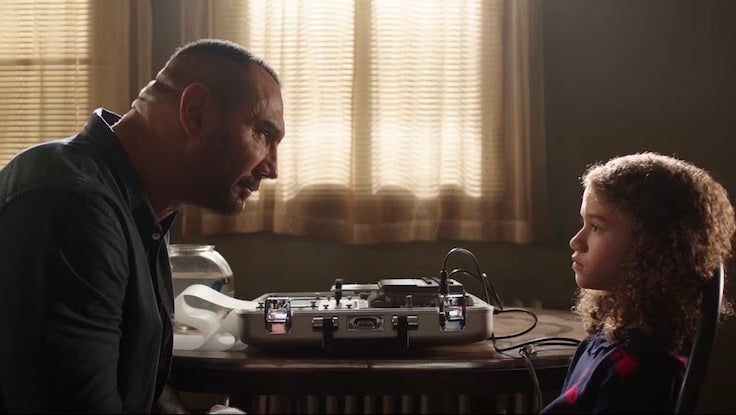 My Spy was first released theatrically in January 2020 in Australia. The distribution rights for the film were purchased the following April by Amazon Studios. It was then released digitally on Prime Video and in select U.S. theaters in June 2020 due to the coronavirus pandemic. It received mixed reviews from critics, but the movie still makes a pretty good family comedy.

She-Ra and the Princesses of Power (Netflix)

Original Netflix science fantasy series She-Ra and the Princesses of Power is a reboot of the 1985 series She-Ra: Princess of Power. The new show focuses on an orphaned teenager named Adora who gains the power to turn into She-Ra. Adora leads other magical princesses in an alliance to defeat an evil army called the Horde — which also helped raise Adora — on the planet Etheria. 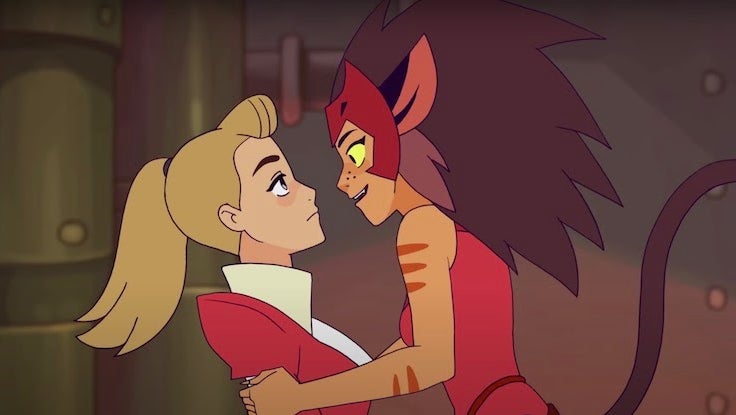 The series originally premiered on Netflix in November 2018 and garnered critical acclaim and award nominations for its diverse cast and nuanced LGBT representation. Its fifth and final season was released on May 15, 2020, so if you haven’t already started it, there are plenty of great episodes for your family to watch!