What Can These Current Movies Set in the ‘60s Teach Us About Black History in America? 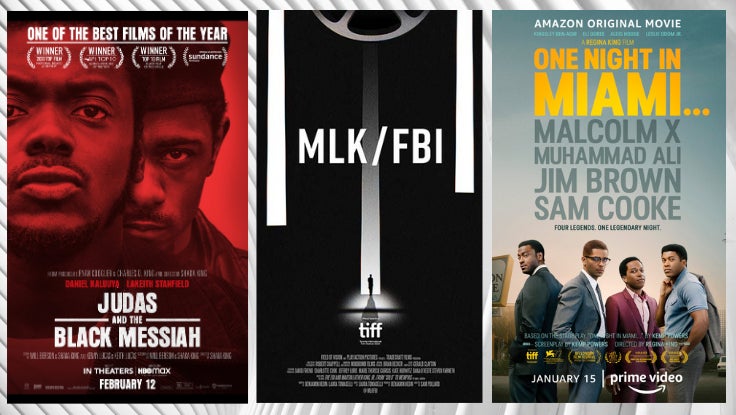 I immigrated to this country in 2006 and haven’t stopped playing catch up on its culture and history ever since. I learned about the Tulsa race massacre by watching the HBO miniseries Watchmen. Even though Lovecraft Country was a horror series that often veered on the supernatural, it was also a good history lesson: Misha Green’s show taught me about sundown towns, the lynching of 14-year-old Emmet Till in 1955 and I listened to James Baldwin debating about how the American dream comes at the expense of African Americans.

2020 was a year of racial reckoning and demands for social justice. For many of us, it was also a year of learning about often buried or forgotten chapters of Black history in the United States. We made conscious decisions to read more Black authors, seek out tales by Black storytellers and follow more Black leaders and activists on Twitter.

If, like me, you prefer your lessons in the form of a good movie, 2021 is the perfect time to brush up on your history. These recent titles are all set in the 1960s, but shed a lot of light on the United States’ current state of affairs. Some of these films may even play a big role at the upcoming Oscars.

Da 5 Bloods (Netflix, June 12, 2020): If anyone knows how to intertwine present-day America with the fight for civil rights from decades past it’s Spike Lee. His latest fiction movie starts with a rapid montage of historical events from the ‘60s and ‘70s, it reflects the parallels between Black Army G.I.s and Vietnamese soldiers during the Vietnam War in addition to introducing the viewer to historical Black figures like Crispus Attucks and Milton L. Olive III. 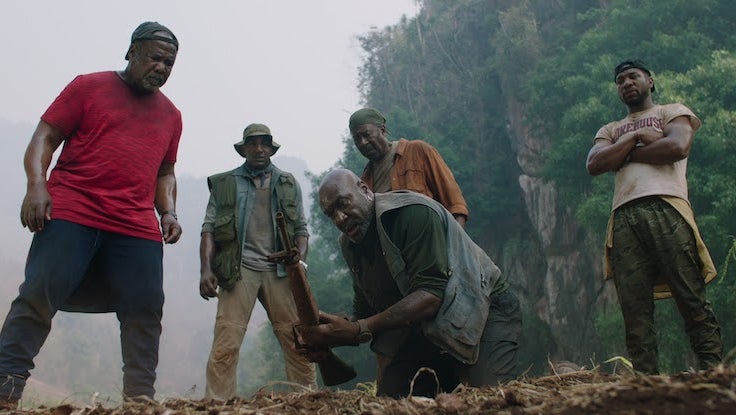 Look out for an Oscar-worthy monologue by the late Chadwick Boseman. His character is a squad leader very much in favor of reparations: "We’ve been dying for this country from the very get. Hoping one day they’d give us our rightful place. All they give us was a foot up our Black asses. I say the USA owe us. We built this bitch!"

Judas and the Black Messiah (HBO Max, February 12, 2021): If you’ve seen the also recently released Netflix movie The Trial of the Chicago 7, you might recall a poignant conversation in the film about the assassination of the chairman of the Illinois chapter of the Black Panther Party, Fred Hampton. The Trial of the Chicago 7 only briefly refers to it and tackles another chapter of American history with its own incarnations of racism. Judas and the Black Messiah — produced by Black Panther writer and director Ryan Coogler and directed by Shaka King — is inspired by true events and tells the story of how the FBI planted an informant inside the Illinois chapter of the Black Panther Party to keep close tabs on Hampton. That surveillance would ultimately lead to Hampton’s assassination.

One Night in Miami (Amazon Prime Video, January 8, 2021): Activist Malcolm X, singer-songwriter Sam Cooke, footballer Jim Brown and boxer Cassius Clay all gathered in a hotel room one night in 1964 after Clay took the boxing's World Heavyweight Championship. The night was real, but this movie’s account of their conversations is fictional. Regina King directs this story about what it means to be Black in America and the responsibilities successful Black men like the ones portrayed here have toward their community.

"Our people are literally dying on the streets everyday. Black people are dying. Everyday," an impassioned Malcolm X (Kingsley Ben-Adir ) tells Cooke (Leslie Odom Jr.) emphasizing the need to be vocal about antiracism.

MLK/FBI (Video on Demand, January 15, 2021): This documentary is the perfect companion piece for all the fiction proposals on this list. It establishes the quasi-obsession FBI director J. Edgar Hoover had with the civil rights activist Martin Luther King Jr. Hoover — who saw himself as a sort of guardian of the American way of life — collected salacious and sexual material on King obtained via wiretap and bugs. The intent was to damage King’s reputation. But the documentary points out how, despite tracking King so closely, the FBI was unable to warn the Baptist minister about the threats on his life.

Although they aren’t set in the ‘60s, here are a few more recent proposals with which to learn about Black history. 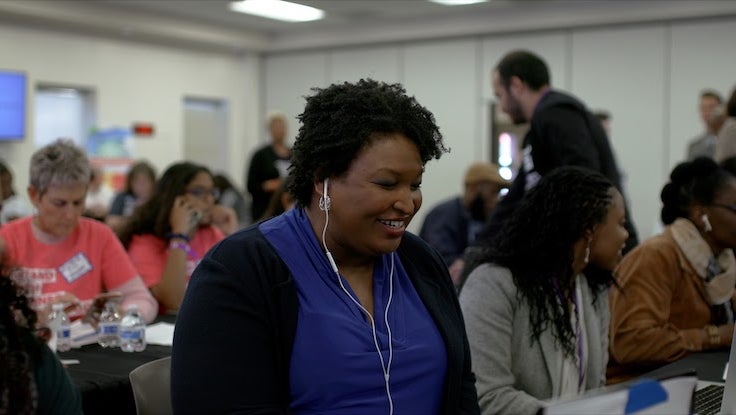 The United States vs. Billie Holiday (Hulu, February 26, 2021): This biopic directed by Lee Daniels (Precious) is based on the real trial faced by singer Billie Holiday after she was arrested for possession of narcotics. Set in 1940s, the movie depicts the government’s racialization of the war on drugs and the power of Holiday’s protest theme against lynching "Strange Fruit", which was one of her biggest hits.

Ma Rainey’s Black Bottom (Netflix, December 18, 2020): Based on a theater play by August Wilson (Fences), Ma Rainey’s Black Bottom is another fictional account with real characters. In this case it portrays a recording session on a hot summer afternoon in 1920s Chicago. Viola Davis plays the blues singer Ma Rainey, the legendary "Mother of Blues." Chadwick Boseman, in his final film, plays an ambitious cornet player trying to make a name for himself in the music business. But even the successful Rainey struggles to keep control over her career.

All In: The Fight for Democracy (Amazon Prime Video, September 18, 2020): Activist and politician Stacey Abrams, who ran as the Democratic nominee for governor of Georgia in 2018, is prominently featured in this documentary about voter suppression in the United States. Produced by Abrams, All In: The Fight for Democracy tackles gerrymandering, voter ID laws and the purging of voters’ registrations.

Small Axe (Amazon Prime Video, November 20, 2020): British filmmaker Steve McQueen directed a film about Black American history — 2013’s winner of three Oscars 12 Years a Slave — before turning the lens on his native London and the city’s West Indian community. With the five-episode anthology series Small Axe, McQueen, the son of Grenadian and Trinidadian immigrants, gets personal about the experience of being Black in London from the late 1960s to the early 1980s. He chooses particular turning points in British history like the trial of the Mangrove Nine as well as the struggles of Black police officer Leroy Logan. There’s also a love story (Lovers Rock) that will make you long to go to a party and dance to the rhythm of Janet Kay’s "Silly Games." The whole series allows the viewer to establish analogies between some of the realities faced by the Black community on both sides of the Atlantic.

Of course, movies and even documentaries are just a jumping-off point. Often enough, while watching some of these titles I found myself researching, learning more about the historical figures, and investigating what was real and what was fictionalized for dramatic purposes. Some of the stories gathered here are difficult to process because of the brutality and plain racism that they depict. They’re still necessary.

For more reading on the subject, check out our story on films that examine racism and discrimination in America and our article about movies that celebrate and center Black characters.