There are many reasons to like Top Gun. The 1986 Tony Scott movie stars Tom Cruise as Maverick, an arrogant yet talented elite Navy pilot with an addiction to speed, adrenaline and irreverence. He’s all charisma and swagger. Top Gun is an action movie packed with aerobatic stunt sequences. It has a killer soundtrack. There’s a fair amount of melodrama and character growth. Maverick engages in a non-HR-sanctioned — yet somehow sexy — romantic relationship with one of his instructors (Kelly McGillis). And you can simply dig it for its homoerotic content: there’s a bunch of muscled dudes continuously parading themselves in various degrees of undress in front of one other and relishing it.

Top Gun: Maverick, the sequel that’s been more than 30 years in the making and had its release delayed by the pandemic several times, opens exclusively in cinemas on May 27. And it’s one of the few titles I’ve seen in the last year to really justify the extra bother and risk factor of watching it on the big screen.

This cinematic spectacle starts by paying homage to the original movie from its very beginning — with the notes of the “Top Gun Anthem” setting the mood — and it never stops. If you liked Top Gun, you’ll enjoy Top Gun: Maverick thoroughly. All the ingredients of the original movie are there.

After more than 30 years, Maverick is still a captain. “You can’t get a promotion. You won’t retire and, despite your best efforts, you refuse to die. You should be at least a two-star admiral by now. Yet here you are,” a frustrated Rear Admiral (Ed Harris) tells Maverick before tasking him with the impossible mission — pun very much intended — of teaching a select group of 12 Top Gun graduates. They’re the best of the best. They’ll have to fly and destroy a uranium-enrichment plant in enemy territory. Getting the pilots out of there alive becomes Maverick’s goal.

Jon Hamm is playing an even less sympathetic and personable boss than he did in Mad Men. He stays on top of Maverick. After all, Maverick’s reputation precedes him — and that’s not a compliment. The movie manages to cast a diverse array of actors — Danny Ramirez, Jay Ellis, Lewis Pullman, Greg Tarzan Davis —  to play the young group of trainee pilots. There’s even a woman — Monica Barbaro — among them. A mustachioed Miles Teller is Rooster, one of the pilots and the son of Maverick’s late partner, Goose (Anthony Edwards). The actors were selected from hundreds of performers to make sure they’d be able to endure the filming conditions inside of actual F-18 jets.

And that’s what justifies buying that theater ticket. Director Joseph Kosinski (Oblivion) and his frequent collaborator, cinematographer Claudio Miranda, spent 15 months designing a system to fit six IMAX-quality cameras inside the cockpit of the fighter planes to film the actors while they were actually in the air. (Real Navy pilots took care of the flying, but the actors were also in the cockpit.)

The performers were trained by Cruise on how to optimally frame themselves and operate the cameras while airborne. They also endured a three-month training period led by Cruise to get them acclimatized to aerobatics and flying at a higher g-force level than normal. They started in single-engine airplanes and would later on graduate to the F-18s. “These kids got the hell beat out of them with the g-forces,” Top Gun: Maverick producer Jerry Bruckheimer explains in the film’s press materials. “One g-force is your body weight, they were doing seven times their body weight, like an elephant sitting on your chest.”

Cruise has been open about his desire to do a sequel only if the technology allowed them to show the true experience of a pilot. His insistence and commitment to cinema paid off. Maverick’s aviation and dogfighting sequences kept me engaged and tense. It’s evident that they aren’t the product of excessive CGI but the result of real stunts. Even the faces of the actors get distorted while flying in such conditions and that’s difficult to fake if shooting on a soundstage.

Top Gun: Maverick is not all flying and technological prowess though. There’s romance — Maverick rekindles his relationship with bar owner and sailing enthusiast Penny (Jennifer Connelly); a shirtless game of football takes place on the beach; a tragic event ups the dramatic ante; Rooster sings and plays the iconic “Great Balls of Fire” like his dad did; and, even though this isn’t a comedy, I found myself laughing at some very well-written and strategically placed jokes.

Co-screenwriter and frequent Tom Cruise collaborator Christopher McQuarrie almost manages to make Maverick work as a standalone movie. But while this film isn’t just another entry in the catalog of fan-service reboots, the movie does work better when it recreates moments of the original film or pays tribute to Scott’s directing style (Top Gun: Maverick is dedicated to the memory of the late director). At times you wonder whether McQuarrie got the assignment to cram in as many callbacks to the original movie as possible — and as many shirtless moments for Cruise as well.

Even if Top Gun: Maverick has been crafted from more of a 2022 sensibility than the previous film, there’s still an awful lot of testosterone here. And that makes it hard for me to be truly charmed by this film and its predecessor.

Maverick manages to look almost the same as he did in the 1980s, donning the uniform of white t-shirt, jeans, bomber jacket and aviator sunglasses; I was a bit taken aback the first time I saw him using his cell phone. He’s too cool to bother wearing a helmet when he takes the Kawasaki motorbike for a spin, yet he’s succumbed to the smartphone addiction like the rest of us. Then I realized he was texting Ice (Val Kilmer) and it all made sense again. The two of them keep the chemistry going even via text message.

Now, if only they could have included “Take My Breath Away” in this new movie somehow — maybe in the brief and very non-revealing sort-of sex scene between Maverick and Penny (filmmakers really were more daring in the ‘80s) — this would have been the perfect sequel. 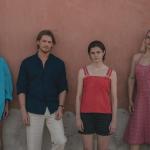 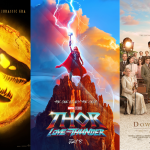 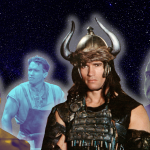 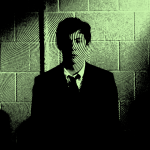 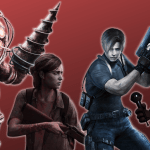