Subway Series 2022: Will Yankees and Mets Meet in the World Series?

In many of the major U.S. sports, New York is home to multiple teams. In basketball, you’ve got the Knicks and the Nets; in football, there’s the Giants and the Jets. In hockey, it’s the Rangers and the Islanders. And finally, in baseball, New York City is home to the Yankees and the Mets.

The thing is, across all these sports — baseball included — it’s pretty rare that both New York teams are actually good at the same time. In baseball, the last time the Yankees and the Mets both made the playoffs in the same season was 2015. The last time they played in the World Series against one another was way back in 2000.

That series — a best-of-seven affair the Yankees managed to win in five games despite no single game being decided by more than two runs — was known as the Subway Series, since folks in the City can use the subway to get to all the games.

But what’s the history of the Subway Series, and do we have a shot at getting another one any time soon? Let’s dive in.

The History of the Subway Series

New York has actually seen quite a few World Series between local teams, but only the 2000 Series featured the Mets. That’s because the Mets weren’t founded until 1962, after the National League’s (NL) New York Giants and Brooklyn Dodgers both relocated to San Francisco and Los Angeles, respectively.

Prior to 1962, there had been an amazing 13 intercity World Series in New York between 1921 and 1956, with the American League’s (AL) Yankees winning all but three of them. Somehow, it didn’t happen again until 2000, but, when it did, the Yankees managed to continue their dominance.

However, there have been other, non-playoff examples of the Subway Series in more recent years. In 1997, Major League Baseball (MLB) instituted Interleague Play, which meant that for the first time, teams from the American League would face teams from the National League — not just in the World Series, but in the regular season.

The powers that be decided that many of these matchups would be focused on local rivalries, and so the Subway Series became one of these. As such, the Mets and the Yankees face one another every season, but it goes without saying that these matchups don’t have quite the verve of the ones that happen during the World Series.

As I wrote earlier, it’s rare that the Yankees and the Mets are both playing excellent baseball at the same time. And if we’re being honest, the Mets bear the brunt of the responsibility for that. While it’s true that we haven’t seen both teams make the playoffs in the same season since 2015, it’s also true that the Yankees haven’t missed the playoffs since 2016, so, you know, you do the math.

Many sportsbooks, including BetMGM, allow bettors to place wagers on the possibility that a given World Series matchup will occur, and Yankees vs. Mets remains one of the most likely combinations on the board. Add it all up, and 2022 is the best chance we’ve had in quite some time to get our first Subway Series in the World Series since 2000. Let’s take a peek at what makes each of these teams so special this season.

The Yankees — behind slugger MVP candidate Aaron Judge — are in the midst of an excellent season. Due largely to Judge’s historic home run pace, the Yanks are currently first in the AL in runs, home runs, walks and on-base percentage.

While Judge is carrying the offense to a degree that’s somewhat alarming, first baseman Anthony Rizzo and outfielder Giancarlo Stanton are overcoming their propensity to strike out a ton with quite a few home runs of their own — each is on pace for more than 30 on the season.

On the defensive side of the field, catcher Jose Trevino is having a special season behind the plate, leading all of MLB in defensive value per Fangraphs.com. He’s doing that in support of a pitching staff — led by Gerrit Cole and Nestor Cortés — that’s second in the AL behind the Astros in both earned run average (ERA) and strikeouts per nine innings (K/9).

In the end, we might actually be underrating the Yankees a bit. While the Astros have a better record so far, the Yankees have outscored their opponents by a much higher margin over the course of the season. Don’t be surprised if the Yanks end up beating the Astros in the American League Championship Series (ALCS) to get to the World Series this fall.

The Mets aren’t quite as far ahead of the rest of the pack as the Yankees are so far this season, and could even find themselves in a bit of a logjam for second place in the NL behind the Dodgers if the Atlanta Braves get hot at the right time.

Nevertheless, this season’s Mets are winning a higher percentage of their games than any Mets team since the 1986 World Series-winning squad that featured Darryl Strawberry and Doc Gooden. Maybe they’ve got enough magic to go all the way again this time around.

Defensively, they’re led by starting pitcher Max Scherzer. In his first season with the Mets, he’s (somehow) posting the lowest ERA of his career — at age 38. Still, injuries are always a concern with Scherzer, who already missed the entire month of June with an oblique strain. Fortunately, the Mets also have Edwin Diaz, their closer, who might just be the best relief pitcher in baseball at the moment.

On the offensive side, the Mets are much more well-rounded than the Yankees. They’re led by shortstop Francisco Lindor, but infielders Jeff McNeil and Pete Alonzo, along with outfielders Brandon Nimmo, Starling Marte and Mark Canha, are all having solid seasons at the plate.

When it’s all said and done, the Mets are likely to have a much tougher path to a potential Subway Series than their crosstown rival. Still, it’s fun to imagine the possibility that the Mets could get revenge for their loss in 2000 over 20 years later. 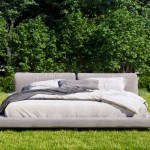 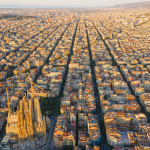 Is 2022 the Year for the Grand Lavish International Trip?
3 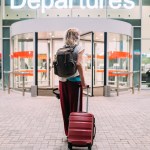 Must Visit Travel Destinations for 2022
4 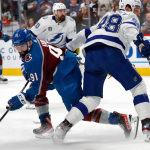 6 Best, Worst & Most Surprising Moves of the NHL Offseason
5