Two months into the COVID-19 pandemic, the Ultimate Fighting Championship raised eyebrows when it announced that it would be the first professional sport to return to television. Some were excited about the slight return to pre-pandemic normalcy. Others were worried about the spread of COVID-19. Yet UFC 261 streamed on ESPN. Soon, the UFC saw a massive spike in ratings via streaming and on cable TV.

UFC fight nights continued throughout the pandemic. Tickets to fight nights weren’t sold, but this show did go on. The UFC, headed by its president, Dana White, also saw the pandemic as an opportunity to bring back its flagship reality show, Ultimate Fighter, for a 29th season.

The UFC is no stranger to this type of controversy. The idea for the mixed martial arts (MMA) league emerged in a post-Mortal Kombat era, and early fights can be very hard to watch — not due to the poor audio/visual quality of early ’90s video technology, but because the league was so unregulated that fights often ended with participants covered in blood and nursing severe injuries.

UFC fights today are a bit more regulated, especially after Republican Senator John McCain almost succeeded in having the league canceled entirely. But to get to where the UFC is today, the league had to jump through a lot of hoops, think outside the box and capitalize on the controversiality that sparked its initial appeal. And its risks have resulted in some big payouts and payoffs.

Rules? We Have None: Ultimate Fighting Championship’s Roots

You can’t talk about UFC’s start without mentioning pro wrestling. On February 10, 1989, the gears started turning for a complete upheaval in the world of sports. UFC: Ultimate Fighting Championship would eventually emerge and become one of the biggest powerhouses in professional sports thanks to professional wrestling’s point of no return. This day is commonly referred to as the day that pro wrestling was declared “fake.”

The WWE (known then as the WWF: World Wrestling Federation), in a lawsuit, claimed that its athletes weren’t in danger because wrestling wasn’t a sport: It was entertainment. The league successfully passed a bill that deregulated the WWE so it didn’t have to follow health protocols. This opened the door for MMA leagues to make their way into the public eye.

The UFC’s three founders encompass the sport as a whole. It started with Art Davie, an ad executive in Southern California. Davie proposed the idea of a War of the Worlds-style fight to screenwriter John Milius and martial artist Rorion Gracie after seeing videos of Gracie’s Jiu-Jitsu fights. Davie wanted to see fighters from different backgrounds competing against each other, much like a real-life Mortal Kombat.

Milius is a writer and director with a long resume. His standout projects include screenwriting Apocalypse Now! and writing/directing Red Dawn, Conan the Barbarian and other blockbusters. Rorion Gracie is a member of the Gracie Jiu-Jitsu family, which is known for creating “Brazilian Jiu-Jitsu” or BJJ. (Gracie Jiu-Jitsu is now one of the most common forms of martial arts used in the Ultimate Fighting Championship because it incorporates standing punches/kicks along with takedowns and grappling techniques.)

With Davie as the brains, Gracie helming martial arts and Milius creating a masculine aesthetic that still resonates today, UFC 1 aired in November 1993 after Davie pitched it to his colleagues in 1989. Their initial aim was to answer questions like, “Can a wrestler defeat a boxer?”

The whole fight is viewable on YouTube, and its grit dominates the production. There were no gloves, no mouthpieces and very few rules — UFC 1 screamed physical toughness. Early UFC fights were often bloody. People lost teeth. There were no weight classes. While it may be the norm for UFC fighters to not wear shirts during matches, they originally had the option. People went shirtless because they didn’t want to be grabbed.

Early iterations of the Ultimate Fighting Championship were known for their brutality and lack of rules. UFC 5 even has a disclaimer warning of violence and blood. The reputation was so bad that then-Senator John McCain tried to ban the UFC in 1996, famously calling the UFC “human cock-fighting.” As a result, harsher rules were imposed on the league.

As the ’90s progressed, the founders sold their shares of the company and stripped the league of as many assets as possible to avoid bankruptcy. The league was purchased for $2 million by Frank and Lorenzo Fertitta, who appointed Dana White president of the Ultimate Fighting Championship. With White leading the charge, the UFC positioned itself for massive global growth.

As far as public figures go, Dana White has few contemporaries. Few heads of national sports leagues are as well-liked as Dana White. Even fewer presidents of smaller sports leagues have experienced the meteoric success the UFC has seen. NFL Commissioner Roger Goodell, for example, gets booed frequently when he steps to the microphone. Dana White receives cheers and applause — a testament to his role in transforming the UFC into a respectable league.

The game had become safer, and the UFC was able to host steady productions in casinos, much like boxing. But it was about to explode. The next piece of the puzzle was a bit of marketing brilliance that still pays dividends to the UFC nearly every day: Ultimate Fighter, a competition-based MMA reality show and direct brainchild of the UFC.

Several things helped Ultimate Fighter find success, namely its close proximity to the UFC. But its Survivor-esque twist didn’t hurt, either. In most seasons of Ultimate Fighter, two professional fighters assume the role of coach and mentor their respective teams of amateur fighters through challenges and a tournament of fights. Each season typically has one or two weight classes represented. Earlier seasons are more challenge-based, and newer seasons focus more on fighting.

Each season culminates with grand finale fights of the contestants on the show, and the fight between the two coaches will typically be the headlining fight. This format helped heighten drama and interest, creating rivalries and capitalizing on existing ones, like Tito Ortiz vs. Ken Shamrock.

In getting to know the fighters — the professional fighters serving as coaches in addition to the up-and-coming contestants — fans get to know the UFC’s athletes much better than they could NBA or NFL players just from watching a game of basketball or football. That “authenticity” we’ve come to crave from reality TV really serves the UFC and could be the future of sports.

Winners of Ultimate Fighter receive a six-figure pro-contract. In Spring 2021, Ultimate Fighter returned to TV on ESPN+. This is a part of an exclusive four-year, billion-dollar deal that Dana White and UFC struck with ESPN in 2019. The move to ESPN+ makes sense. Instead of paying Pay Per View fees, aligning with a streaming service is more sustainable. This way, when someone gets knocked out in the first ten seconds of a fight, you don’t regret spending so much on watching it.

By 2012, UFC had made its way into the mainstream. It wasn’t as big as other professional sports like baseball, football or basketball, but it was standing out among lesser-watched sports like poker, race car driving and lacrosse. Its next step broke down barriers while creating at least one more: Rhonda Rousey and other fighters assigned female at birth (AFAB) signed to professional contracts to join the Ultimate Fighting Championship as professional MMA fighters.

On one hand, this move is leaps and bounds ahead of most professional sports in the United States. Football is barely getting used to hiring women referees and coaches. Occasionally, a woman will be a kicker on a college team, but the NFL hasn’t intentionally carved out spaces for women on or off the field. Major League Baseball is in a similar boat. There’s a woman general manager and women coaches, but women, in general, have long been expected to play softball instead.

In basketball, the WNBA exists as a separate entity. The league continues to grow, but the way UFC has integrated female fighters is much different. Imagine going to a basketball game and watching 10 minutes of a college game, 10 minutes of a WNBA game and 20 minutes of a Lakers vs. Celtics game. That’s kind of what a typical UFC Fight Night would look like.

Many of the women fighting in the UFC are out and open about being queer. In 2018’s UFC 224, Amanda Nunes and Raquel Pennington, who are both lesbians, faced off against each other. Season 17 of Ultimate Fighter was the first to include women fighters. It’s a big step for queer representation that UFC supports out and proud AFAB fighters. So far, no male UFC fighter has come out — despite Dana White voicing his support in 2011.

What’s hindering the UFC from looking like a beacon of progress despite the magnitude of AFAB fighters is that there’s not yet a space for fighters who are nonbinary or trans. Fallon Fox is a trans woman who’s dominated in several MMA leagues. UFC Fighter Matt Mitrione made several transphobic statements about Fox and was subsequently suspended in an attempt at allyship. Both Dana White and Joe Rogan later made transphobic comments themselves. In a time when, in 2021 alone, 100 anti-trans legislative bills have been introduced across 33 states, the UFC may not be on the right side of history. Fox is currently retired, but there’s hope another trans athlete will usher in change.

What Does the Future of UFC Hold?

The Ultimate Fighting Championship remains no stranger to controversy, even now. In May 2020, while everyone was still baking bread and wiping down groceries, UFC was the first major sport to return to TV. Some people were happy to have entertainment, while others were upset at the lack of precaution. Like it or not, ratings grew. And today, Dana White has an estimated net worth of $500 million. The Ultimate Fighter returned to ESPN in Spring of 2021. More seasons of the reality hit that catapulted the sport to the mainstream are in the works.

While UFC might not be one of the most-watched sporting events in terms of Neilson ratings, the UFC (and MMA fighting in general) owes a lot of its presence to the internet and video streaming. Younger fighters today credit fighting videos on YouTube as an integral part of their path to becoming professional athletes.

It’s important to remember that, when it comes to professional sports, the UFC is the one Millennial that was able to break through and stand amongst the Boomers like boxing, basketball and other popular sports. That Batman quote, “either you die a hero or live long enough to become the villain,” may ring true for the Ultimate Fighting Championship as the league continues to grow. But no matter how the league develops, it’s sure to put on a show. 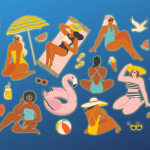