Honoring Veterans Day: 12 Films That Salute Our Vets & Their Sacrifices

On Veterans Day, folks across the country take time to reflect on the sacrifices their friends, family members, and fellow Americans have made at home and abroad. If you’re looking for a way to learn more about a particular event or more deeply understand the sacrifices our vets have made, art can be a way to do so. In addition to reading first-hand accounts, memoirs, and even realistic novels about wars and the veterans who fight in them, films can help you understand service-members’ headspace and provide you with some measure of understanding.

While a movie can never completely capture a lived experience, the following war movies aren’t just “entertainment” — instead, they offer authentic, respectful looks into the reality of being in the armed forces, and will surely help deepen your appreciation for those who have bravely served their countries.

Platoon made history as one of the first Vietnam war movies to be written and directed by a veteran (Oliver Stone). Stone drew from his real-life experiences in the Vietnam War to construct a story that delves into the psyches of young soldiers whose idealistic views of war are shattered by real-life experiences on the ground. The film features an all-star cast, including Forest Whitaker and William Dafoe. While it’s not always an easy movie to watch, it can certainly help you gain a better understanding of a servicemember’s headspace.

Coming off his much-deserved Best Adapted Screenplay Oscar win for BlacKkKlansman, Spike Lee made another award-worthy film — this time for Netflix. Da 5 Bloods features an incredible ensemble cast — the late Chadwick Boseman (Black Panther), Delroy Lindo (Crooklyn) and Jonathan Majors (Lovecraft Country), just to name a few of the stars — and tells the story of four Black American vets who return to Vietnam in search of the remains of their late squad leader and the promise of a hidden treasure.

“Lee shows how they all carry trauma specific to them as Black soldiers,” Kaleem Aftab writes for the BBC in an article about the whitewashing of warm films, “from the failure to appreciate their war effort, on top of the ongoing prejudices targeting all Black Americans.”

Directed by Oscar winner Kathryn Bigelow, The Hurt Locker follows the story of Staff Sergeant William James (Jeremy Renner). While James may not always be the best team player, his knack for defusing bombs — and dealing with high-pressure situations — can’t be denied. Considered by some critics to be one of the best war films ever made, The Hurt Locker is both a very realistic portrayal of the experience of soldiers at war and a study of the different ways it can affect them when they attempt to return to civilian life.

If you’re a fan of the late Robin Williams, then Good Morning, Vietnam is a must-see display of his incredible range as an actor. Williams plays Andrian Cronauer, a radio personality sent to Vietnam to help restore the troops’ morale. While his on-air antics delight his G.I. listeners, Cronauer’s superiors aren’t quite as impressed. A mixture of comedy and drama, the film captures a sense of realism that other movies miss; even though the characters are surrounded by the horrors of war, they have bright spots and moments of relief, all of which help them live on.

Directed by Christopher Nolan, Dunkirk centers on a World War II-era evacuation, and although it centers on British servicemembers it’s one of the few war films out there that really puts you in a soldier’s headspace. What helps set the film apart is its multiple perspectives; the film shows what’s happening on land as well as in the sea and air. Dunkirk‘s incredible sound design, scant dialogue and ever-present ticking clock ramp up the tension, making you feel the urgency of the situation in a way other films fail to do. The star-studded cast includes Tom Hardy, Cillian Murphy, Kenneth Branagh and Harry Styles.

Directed by Steven Spielberg, Saving Private Ryan features an all-star cast that includes Tom Hanks, Matt Damon and Vin Diesel. The epic film is set during World War II and revolves around the story of a mother who receives word that three of her four sons have all been killed in action. A team is tasked with finding her last remaining son and bringing him home safely.

Glory is set during the American Civil War and centers on the members of the 54th Massachusetts Infantry Regiment, the Union Army’s first Black American regiment. The film stars greats like Cary Elwes, Morgan Freeman, and Denzel Washington, who earned an Oscar for his incredible performance.

But Glory is by no means a perfect movie: Matthew Broderick, who plays the regiment’s white commanding officer, gets top billing, and, often, the audience sees the Black soldiers through his eyes. In a genre that’s so whitewashed, it’s frustrating to see what was considered a landmark movie still center on a white character’s perspective so often.

Directed by Stanley Kubrick, Full Metal Jacket stars Matthew Modine, Lee Ermey, Vincent D’Onofrio and Adam Baldwin. The film follows the story of a platoon of U.S. Marines as they struggle through boot camp and navigate an abusive drill instructor; later, the film traces the experiences of two of the platoon’s Marines as they join the offensive efforts in Vietnam. Full Metal Jacket has been heralded as one of Kubrick’s best films; Richard Corliss of Time perhaps puts it best by praising “the daring in choosing a desultory skirmish to make a point about war’s pointlessness.”

Although it’s difficult to watch at times, the psychological drama war film, Brothers, does something other war films don’t — it portrays a soldier after he returns home. Tobey Maguire plays Captain Sam Cahill, a soldier deployed in Afghanistan who’s presumed dead after his helicopter is gunned down. Back home, Sam’s brother, Tommy (Jack Gyllenhaal), and Sam’s wife, Grace (Natalie Portman), bond, drawn together by their mourning.

But Sam wasn’t killed; instead, he was made a prisoner of war. When Sam finally makes it home, it’s clear that he’s dealing with severe post-traumatic stress disorder — and even his family isn’t sure how to support him. Maguire gives a raw performance that captures all of the frustration, resentment, fear and grief that many soldiers feel upon returning home to a “normal” life.

This nail-biting film is set in — you guessed it — 1917, during the first World War. Loosely based on a tale director Alfred H. Mendes’ grandfather told him as a child, this Oscar-winning film follows the story of two British soldiers who are given a nearly impossible mission: they must fight against all odds to deliver a message that could keep a regiment of 1,600 men from walking into a deadly massacre.

Again, this film doesn’t center on American servicemembers, but, like Dunkirk, the inventive filmmaking creates a sense of urgency and immersion. How so? Well, cinematographer Roger Deakins and editor Lee Smith used long takes, making the entire film appear as two continuous shots, which certainly adds to the tension and recreates the frenetic feeling of a battle.

Black Hawk Down chronicles the story of a group of soldiers who are sent into Somalia on a special mission. As you might have guessed based on the title, they’re sent in on Black Hawk helicopters. But when they unexpectedly crash following a Somalian attack, the soldiers must find a way to survive until help arrives, all while being hunted by enemy forces. Directed by Ridley Scott, the film features epic performances by Josh Hartnett, Ewan McGregor, and Sam Shepard.

14 Movies to Watch With the Whole Family This Thanksgiving
2 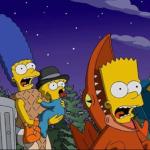