Can You Get COVID-19 Twice? 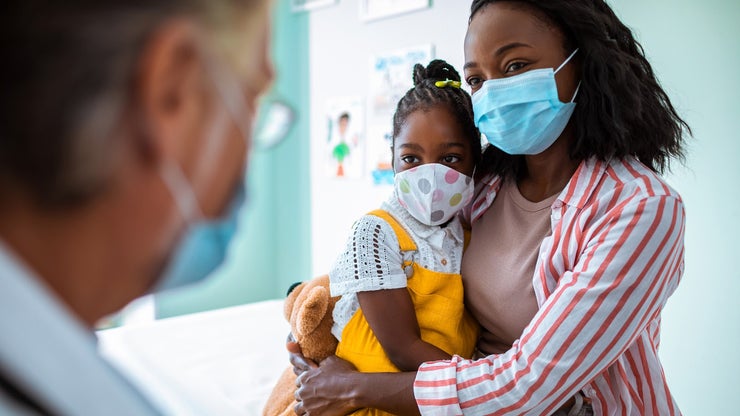 The COVID-19 pandemic sparked ongoing fear and uncertainty about the dangers of the novel coronavirus, particularly as case counts began to rise and scientists developed a clearer picture of the full scope of the disease's range of health effects. Although preventative measures like the lockdowns and quarantines we saw throughout much of 2020 likely curbed COVID-19's spread to a large degree, many people — dealing perhaps with pandemic fatigue — eventually relaxed their vigilance.

Activity levels once again began to rise around the world, particularly during 2020's winter holiday season, which led to renewed restrictions and shutdowns. Due to spikes in the number of positive COVID-19 cases, some countries — England, France and Germany, for example — and some U.S. states temporarily renewed restrictions and shutdowns. Based on information provided by the World Health Organization, the worldwide death toll rose into the millions, and the number of confirmed infections in the U.S. and around the world continued to increase.

Of course, the fact that millions of people have recovered from the virus gives us hope, as does the fact that vaccines have been approved and millions more of us have received them. But one critical question doesn't seem to have a concrete answer: Could the millions of people who already had COVID-19 and recovered get sick again? Many of us take comfort in the idea that everyone who has been infected and survived will be immune to reinfection, but is that actually true? Here’s a look at the latest information on the possibility of getting COVID-19 twice.

When a healthy immune system is exposed to a virus, it fights the infection by producing proteins called antibodies that remain in the body after recovery. Unfortunately, some viruses mutate, but the antibodies don’t change with them. As a result, antibodies in the body could end up providing limited or no immunity to the next form of the virus. This is one of the reasons people are susceptible to new flu outbreaks each year. 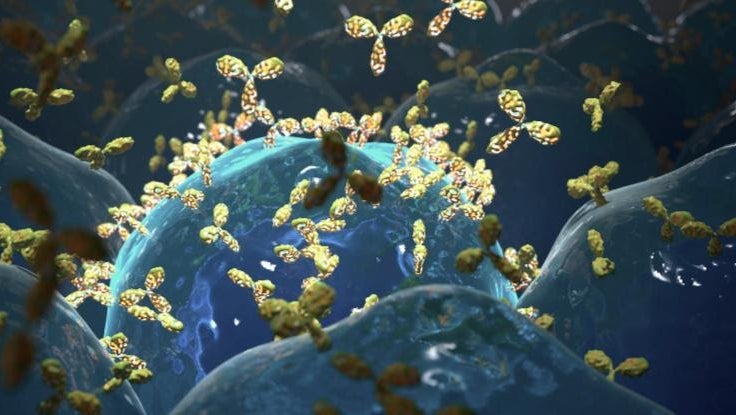 Luckily, there may be some good news related to humans’ ability to develop antibodies to COVID-19. The novel coronavirus that causes COVID-19 appears to mutate more slowly than other viruses, including influenza. That means that antibody protection generated for this virus could possibly be effective for a longer period of time. The same principle may also hold true for lab-developed vaccines.

Studies Leave a Lot of Unanswered Questions — So Far

The strength and duration of a person's immunity to any virus depends on a number of things, including overall health and genetic factors. That makes it hard to figure out the "right" answer to the question of how long immunity could potentially last. 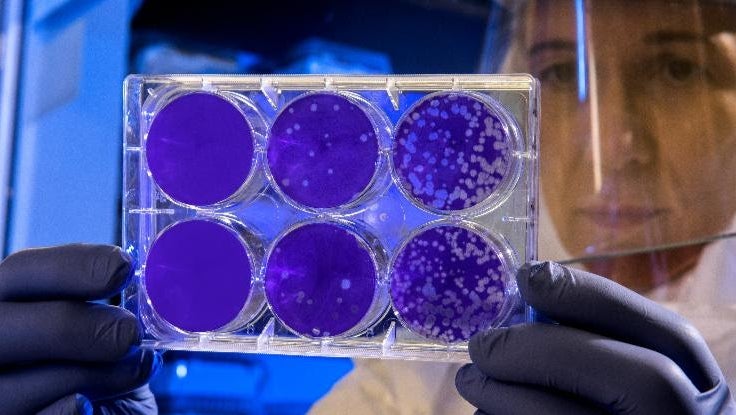 The situation is further complicated by conflicting research results and scientific reports coming in from around the world. In May 2020, a very small 10-person study conducted by Dutch researchers found that any natural immunity developed by someone exposed to the virus was "alarmingly short" — perhaps just six months to one year. This study was followed by a second British study that was released before it underwent the peer review process. The second study suggested that "virus-fighting antibodies drop off steeply two to three months after infection." The news was obviously received with considerable dismay.

Less than a week later, a third study was released — also before undergoing peer review — that showed different results. That study reviewed the cases of 20,000 patients in New York who had COVID-19 symptoms. When 120 of those patients were tested three months later, researchers found that they had stable and even increasing levels of antibodies in their systems.

Unfortunately, the main truth all this research definitely makes clear is that continued, thoroughly vetted research is critical on two fronts. We must determine the strength and persistence of natural immunity as well as closely monitor the development of a series of vaccines and their long-term potential.

A few months into the pandemic, media reports began to circulate about people who had been diagnosed twice — well after they had supposedly recovered. Those reports raised some serious questions about whether we can ever expect to be completely safe from COVID-19. In April 2020, the Korean Centers for Disease Control and Prevention (KCDC) officially identified 163 patients who were reinfected with COVID-19. These findings triggered a broader series of investigations to determine some real answers. 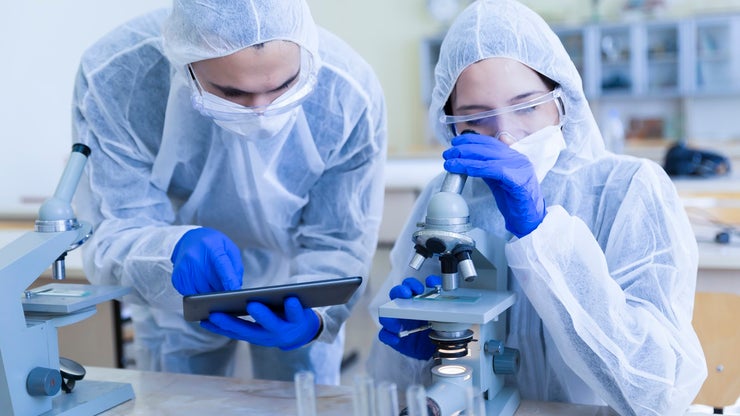 In May 2020, the KCDC released its analysis of 285 of the apparent reinfections in a report called "Findings from Investigation and Analysis of Re-Positive Cases." The investigation found no evidence from its examination of 790 contacts of the "infectivity of re-positive cases." These findings mirror research in the United States that has found "no confirmed cases of anyone getting sick, then better, then sick again with a confirmed live virus."

Despite the official scientific reports, the media continues to report anecdotal cases of people becoming reinfected. One of the most high-profile examples is the story of Sophie Cunningham, a basketball player with the Phoenix Mercury in the Women's National Basketball Association. Cunningham reported that she had the virus while playing basketball in Australia in March 2020, although she wasn’t formally tested. Upon arriving back in the United States, she went through a two-week quarantine, only to test positive for COVID-19 on June 19. Cunningham believes it was a second infection. 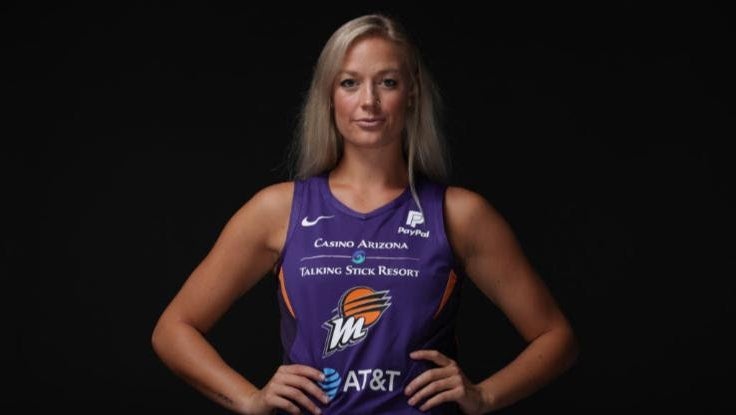 Researchers are cautious about responding to individual reports of reinfection that aren’t accompanied by detailed testing and investigations. Angela Rasmussen, a Columbia University virologist told The Washington Post: "You can’t extrapolate those anecdotal, first-person observations to the entire population and make sweeping conclusions about how the virus works." In the absence of any "good scientific report" confirming reinfection, researchers are reluctant to accept the widespread risk of additional positive infections, but they are open-minded enough about the unknown to avoid completely ruling out the possibility.

If people aren't getting reinfected, then what is happening in cases like Cunningham's? Dr. Lee Riley, Chair of the Division of Infectious Disease and Vaccinology at UC Berkeley School of Public Health, suggests that the problem may have to do with testing techniques. Tests don’t actually detect the virus; they detect the presence of nucleic acids that contain parts of the virus' genetic data. That means they could simply be detecting persisting amounts of those nucleic acids in the body of someone who tests positive a second time, "even when the virus itself is no longer alive and able to infect others." If that’s the case, those apparent second positive results should more accurately be called false positives.

Despite the exhaustive and ongoing efforts of researchers around the world, so much remains unknown about the novel coronavirus, humans’ natural immunity to it and the risk of reinfection. New research results continue to be released every week, so we can continue to expect more insight as we move forward. For now, even with all the unknowns, there is a broad consensus that prevention and protection are the best defense. We must all continue to socially isolate, get vaccinated when we're eligible to do so and effectively use personal protective equipment and best hygiene practices to achieve the the most beneficial results.