What Are We Losing When We Ban Books?

Sadly, the act of banning books is nothing new. In fact, the practice has been around for centuries. Some once-controversial books are now regarded as must-read classics, while others remain banned in various states or school systems. But even though book banning isn’t new, it remains a cause for alarm.

Recent book bannings that have cropped up in conservative-led states in 2021 and 2022 disproportionately impact books written by people of color and LGBTQ+ authors. By targeting certain groups of writers with book bans, stories kids of color and queer and trans kids need most — those in which they see themselves reflected — become inaccessible.

In general, book bans narrow the types of characters and narratives that we’re all exposed to, which can lead to more close-mindedness or reinforce negative stereotypes about folks who aren’t able to tell their own stories to a wider audience. So, why do books get banned to begin with? Which titles are commonly banned, and how does Banned Books Week spread awareness about this restricted access? Here, we’ll take a look at all of these questions and explore what we lose when we ban books.

The History of Book Banning

Book banning has been around for a long, long time. Sometime between 259–210 B.C. Shih Huang, the then-Emperor of China, burned books and stopped Confucian scholars from documenting work he didn’t agree with. Later, around 8 A.D., the poet Ovid was banned from Rome; in 35 A.D, Caligula, the Emperor of Rome, was upset about the Greek ideas of freedom that Homer wrote about in The Odyssey some 300 years earlier and opposed it.

Even Bibles were written in languages that the “everyman” didn’t necessarily read, which meant the church remained the ultimate source of information and authority. With the advent of the Protestant Reformation, all of that changed. Gutenberg’s printing press, for example, allowed for religious materials that were written in the vernacular to spread quickly. Books, more so than ever before in the Western world, became a source of knowledge — one that, in theory, anyone could have access to and form opinions about.

In an attempt to regain control, the church later put forth a list of publications it deemed heretical, banning Catholic practitioners from reading them. As you can see in these historical examples of book banning, censorship often stems from an authority’s attempt to retain power by narrowing the scope of what information and ideas are accessible to the public.

So, Why Do People Ban Books Now?

Today, people in positions of power ban books for many reasons — religious and political reasons; because they’re discriminatory; or because they want to control information (often by spreading misinformation — or not providing a whole picture).

But, whatever the reasons, the underlying root of book banning is often fear — a fear of losing control or power, of no longer being the “dominant” narrative. For example, banning books that explore ideas or take on points of view that undermine the views of an organized religion helps said religious institutions eliminate ideas that don’t benefit it. The same is true in situations where books are banned for political reasons.

As we’re seeing today, some groups or people in positions of power ban books to allegedly “protect” children from difficult ideas or stories that aren’t “age appropriate”. But this is a kind of willful ignorance. “Since the 1800s, attitudes about which books are ‘appropriate’ for kids to read have too often suppressed stories about different cultures and life experiences,” writes Paul Ringel in The Atlantic.

The article, “How Banning Books Marginalizes Children”, goes on to report that 52 percent of the books that have been challenged or banned between 2006 and 2016 feature “so-called ‘diverse content’… [explorations of] race, religion, gender identity, sexual orientation, mental illness, and disability.” That trend has since continued.

In an article for Diversity in YA, author Malinda Lo (Last Night at the Telegraph Club) discusses how emily m. danforth’s lesbian coming-of-age novel, The Miseducation of Cameron Post, was removed from a summer reading list, with parents and (ultimately) the high school in question citing “explicit language” as the reason. “Several other books on the summer reading list also included explicit language,” Lo writes. “It was no great leap to wonder if ‘language’ was used as a cover for homophobia.”

This also begs the question: do people banning books even read the titles they’re challenging? For example, Matt Krause, a Republican state representative in Texas, released a list of 850 books he wanted “investigated”. “What is immediately apparent from a look at Krause’s list,” Harvey J. Graff writes for Publisher’s Weekly, “is that it is compiled from an internet search of keywords.”

In this example, and others, it’s clear that politicians who’re challenging books about characters of color or queer and trans characters are pushing a political agenda. The censorship isn’t about protection, but about silencing groups of people or pushing them (and readers like them) to the margins. Ringel perhaps puts it best, writing, “Keeping books about certain types of children out of libraries perpetuates a vision of a sheltered American childhood that has rarely existed.”

What Are Some Commonly Banned Books?

Beloved, which won the Pulitzer Prize for Fiction in 1988, tells the story of Sethe, a Black woman who’s living in Ohio in 1873. Haunted by her memories, Sethe recounts her time as an enslaved person as well as the impossible choices she had to make in the face of oppression and white supremacy.

Notably, Toni Morrison based Sethe’s story on that of a real formerly enslaved person, Margaret Garner, who made the impossible decision to kill her child to spare her from being enslaved again. “Before Morrison’s novel, narratives around slavery rarely centered on the humanity and choices of Black women,” Danielle Rollins writes. “In Beloved, however, Sethe exercises agency, and although there are devastating consequences for every choice she makes, Sethe ultimately has the power to make them.”

The Color Purple by Alice Walker

The Color Purple tells the story of Celie, a young Black girl who lives in Georgia during the early 1900s. Celie is a survivor of sexual and physical abuse, inflicted upon her by her father. But The Color Purple is a story about the struggle for empowerment, and we see Celia find agency over her own life. Since 1984, schools have banned Alice Walker’s book for many reasons, including for its depiction of queerness.

Bless Me, Ultima by Rudolfo Anaya

Bless Me, Ultima is about a young Mexican American boy living in eastern New Mexico during the 1940s. A curandera, or folk healer, named Ultima comes to live with Antonio’s family when he’s six. Bless Me, Ultima faces bans due to adult language, sexual references, and what some believe to be anti-Catholic messages. In some Arizona schools, Rudolfo Anaya’s book was banned after conservative opponents claimed the story promoted overthrowing the federal government.

Since 1982, the American Library Association (ALA) and Amnesty International have promoted Banned Books Week — a campaign that raises awareness around banned, challenged and censored books. This year, Banned Books Week will be celebrated September 18–24, and it couldn’t be coming at a better time.

In 2022, PEN America, a nonprofit that fights for freedom of expression, found that 1,145 titles were being targeted by conservative politicians and censors. Moreover, “1,586 bans were implemented in 86 school districts across 26 states” in a rash of book bans that’s “unparalleled in intensity” (via The Guardian).

Overwhelmingly, these book bans and challenges target writers of color and queer and trans writers as well as books that discuss race or feature LGBTQ+ narratives. Banned Books Week is a good reminder to speak out against censorship, ensuring we all have intellectual freedom, the freedom to read, and, for creators, the freedom to write their stories and truths.

Which Contemporary Titles Are Under Attack?

While it may seem like books that are several decades old are the only targets of book bans and challenges, that’s simply not the case. Here are a few of the contemporary titles that are under attack today:

Books help us expand our views, gain new perspectives and confront real-world issues and struggles that others contend with. Many people don’t realize that not every book is meant to be light or happy.

When people ban books, like Beloved or The Color Purple, they forget — or willfully choose to ignore — that what Sethe and Celie went through in their respective novels was a reality for many people (and, in regards to surviving abuse, continues to be a reality for many). These works raise uncomfortable questions for white readers — but that’s the point.

Instead of challenging books, maybe readers should challenge how they think about stories that are different from their own. 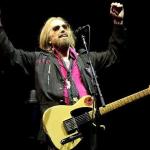 From Tom Petty to REM: Musicians Who Banned Politicians from Using Their Songs at Rallies
2 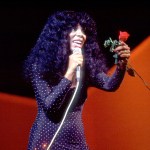 These Classic Songs Were Actually Banned from the Radio
3 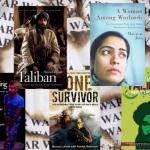 7 Books to Provide Perspective on Life in Afghanistan
4 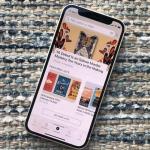 Should You Be Using Goodreads’ Book Reviews to Choose Your Next Read?
5 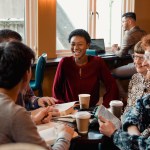