Talking to Strangers During COVID-19: Is Omegle Right for You? 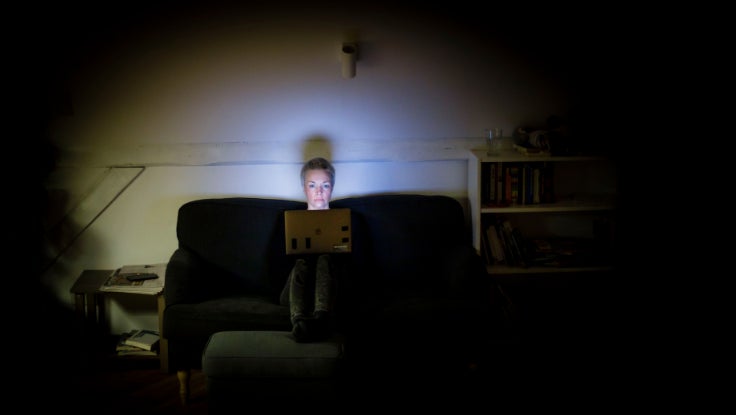 Without a doubt, we’re all looking for ways to connect with one another amid the COVID-19 pandemic. For one, we’ve all gotten way more comfortable with Zoom than we’d ever imagined we would. (And, in some cases, the platform’s gone too far.) After all, Zoom is the go-to platform for meetings, happy hours, birthdays, classes, comedy shows and everything else not worth streaming on Twitch. And short-form, creator-driven social media platforms, like TikTok, have experienced incredible booms.

Now that we’re craving simple human connections more than ever, it’s not surprising that other platforms geared toward fostering a sense of connectedness have emerged. One of the breakout services bridging that social distancing gap is Omegle, a site that allows you to talk to strangers at the click of a button. The sales pitch? The "internet is full of cool people; Omegle lets you meet them." This concept might sound familiar, especially for folks who dipped their metaphorical toes into Chatroulette over a decade ago.

Like anything, there are some interesting upsides to the service, like the way chatting with a stranger is mimetic of those bar experiences we’re all sorely missing, or the fact that Omegle has served up some viral hits for influencers (more on that later). At the same time, there are certainly some safety concerns too — again, not unlike Chatroulette or any old-school text-based chatroom. But first: the basics.

How Does Omegle Work?

Like Chatroulette, which connected random users for webcam-based convos, Omegle banks on folks’ desire for anonymity — for wanting that surprising connection with a fascinating person. Sound appealing? Well, in some ways, it’s the virtual answer for those of us missing a night out at the local dive bar. But, like its randomized chatroom predecessor, Omegle’s very nature can also make it extremely hit-or-miss. 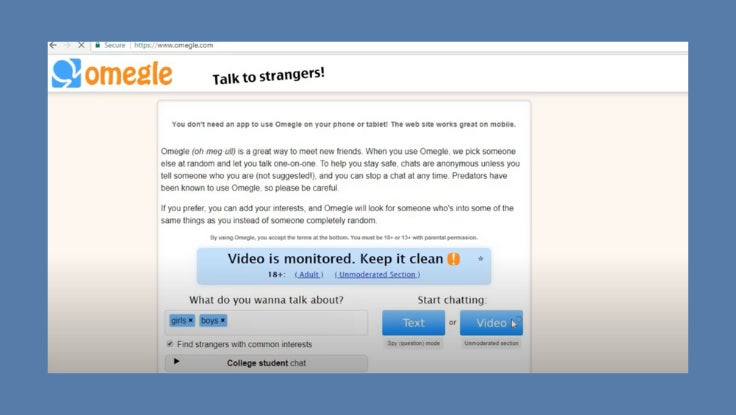 When you head over to the free site, you won’t be greeted with any sort of login process. Instead, you’ll see the above screen. (Or something similar: Recently, Omegle has taken to dragging the Communist Party of China — and supporting the liberation of Hong Kong — on its homepage too.) Under the "What do you want to talk about" field, you can add tags in the hopes that someone out there will tag the same interests as you. Additionally, you’ll find two different chat options: text or video. Once you select one of the formats, the service chooses a user at random for you to have a one-on-one conversation with.

Yes, Omegle is a free service, but it’s also extremely basic — like an old-school AIM chat window with (if you so choose) video feeds on the side bar. At any point, you can end your chat session and be automatically redirected to a new stranger, of which, at any given time, there are tens of thousands for the Omegle algorithm to choose from.

According to The New York Times, "Omegle has been a boon for Gen Z influencers, who have used the site to host impromptu virtual meet-and-greets and events." Additionally, YouTuber content creators and TikTok stars alike have generated millions of views on viral videos that feature them using Omegle — cosplaying, taking down cyberbullies, posting reactions to "adult" content, impersonating other celebs and more.

Sure, it’s been a great way for creators — who are, like their viewers, stuck at home during the pandemic — to craft viral hits. For users, it’s been a fun way to try and connect with these internet stars, or at least chat to someone outside their household while social distancing. Still, the question remains: Is Omegle worthwhile? One YouTuber, Soloin, decided to go on Omegle for a full 24 hours, and, in hindsight, called it "one of the most degrading things I've done to myself, my eyes need cleansing."

Is Omegle Safe to Use?

Started by then-18-year-old Leif K-Brooks, Omegle actually launched its video chat option right around Chatroulette’s prime. Less than a month into its lifespan, Omegle racked up an impressive 150,000 page views per day. Since its inception, the site has always touted itself as a great way to meet new friends. Allegedly, the built-in anonymity is meant to reinforce a kind of safety, and Omegle suggests you don’t tell someone who you are. 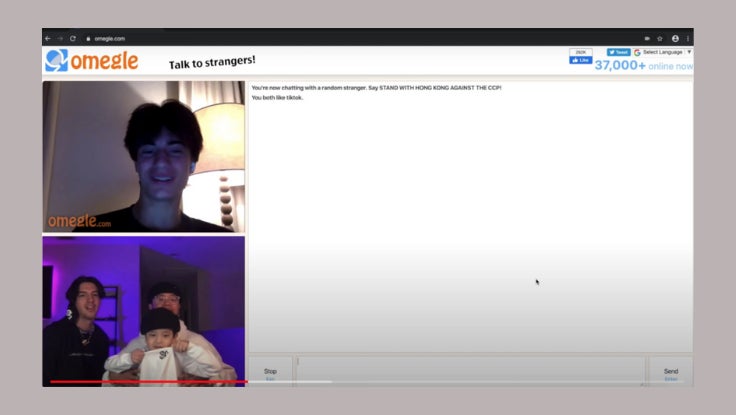 Kind of a disconnect with its "meet new friends" mantra, right? Well, as Omegle states right on its homepage, "Predators have been known to use Omegle, so please be careful." Since 2013, Omegle has started monitoring the video chat option in order to protect people under the age of 18 from harmful content, such as nudity. However, there is also an unmonitored video section for users who are looking for "adult content."

In addition to hosting graphic nudity and sexual content, Omegle is also connected to cyber-crimes like hacking, cyberbullying and phishing. This is the case with any similar service, be it Chatroulette or an old-school text chat room. Nonetheless, the ease of access — via Omegle’s app or its site — can be especially harmful for teens and young children, meaning parents might want to monitor their kids’ use of the service. In addition to its predator warnings, Omegle clearly states that "human behavior is fundamentally uncontrollable, that the people you encounter on Omegle may not behave appropriately, and that they are solely responsible for their own behavior. Use Omegle at your own peril."

What Are Some Alternatives to Omegle?

For some users, striking up a friendship with a stranger halfway around the world or soliciting anonymous advice might not outweigh the perils of Omegle. Similar services, like Whisper and Tinychat, have been linked to disturbing crimes too. So, is there a safe way to make connections online, especially during these times of social distancing? 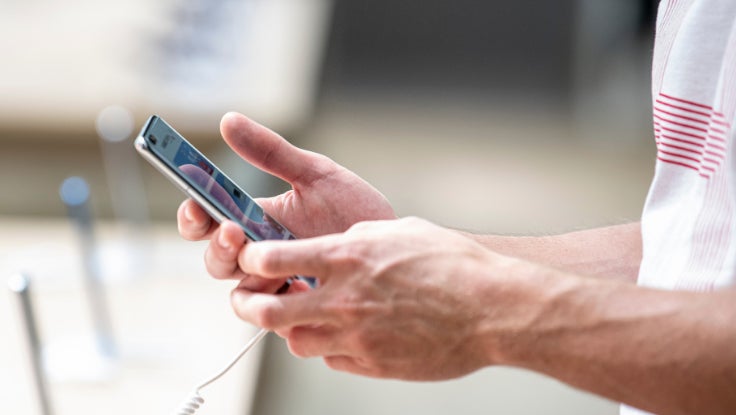 Honestly, these creative Omegle alternatives might be your best bets:

Disney Plus: Hidden Gems and Cult Classics You Should Have on Your Radar
2

From Valorant to Fortnite: These Are Today's Most Popular Online Multiplayer Games
4

How Are Movies and TV Shows Being Made in Pandemic Times?
5