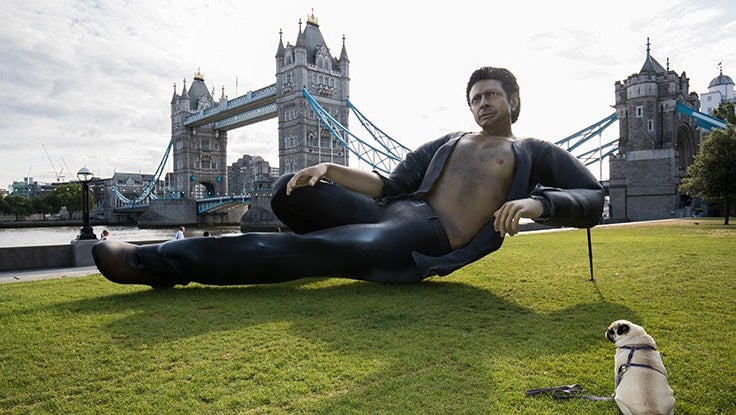 Of all the young heartthrobs out there with impossible physiques and airbrushed complexions, the internet has a collective fascination with the 67-year-old, 6-foot-4-inch actor. There’s an endless assortment of memes, .gifs and Tumblr accounts devoted to his unique charms. But really, you only have to look at his earlier film roles to understand how he cultivated an intriguing aesthetic all his own. 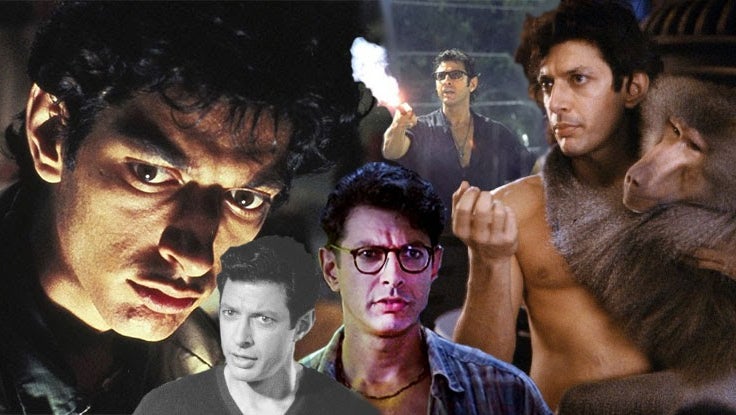 He dabbled in serious roles and comedies, but his curious magnetism was the perfect fit for science-fiction blockbusters. Classic movies like The Fly, Powder, Independence Day and Jurassic Park all benefited from Goldblum’s signature stare that somehow suggests wisdom and fear at the same time. No matter what part he played, he delivered a muted confidence and otherworldliness that left generations of viewers enthralled. It’s no wonder the internet didn’t waste time in obsessing over him.

We make music remixes of his laugh and watch them over 3 million times. We make Tumblr pages devoted to putting his face on flowers (which, for the record, is referred to as "Goldbluming"). And we slow down his voice to make him sound drunk in old Apple commercials. Why? Because the internet knows how to honor a legend. 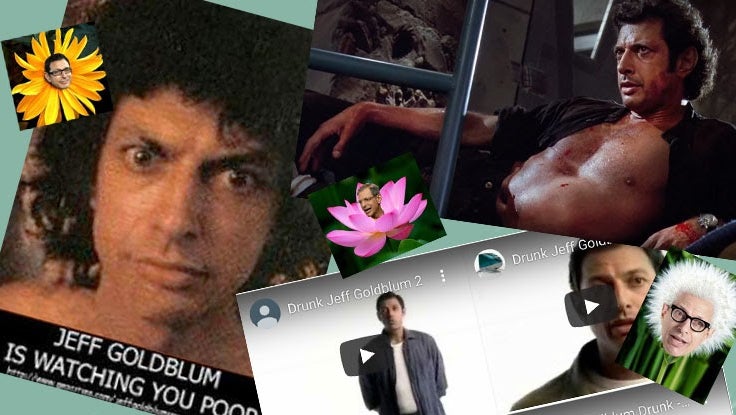 It makes perfect sense, really. He’s a one-of-a-kind entertainer, so paying respect and investigating his magic requires alternative, off-kilter tributes. Just type "Jeff Goldblum meme" into your browser’s search bar and marvel at the myriad ways we honor his allure. Of course, sometimes his allure just requires your eyes, hence the internet’s fascination with his iconic shirtless pose from Jurassic Park. Hot and weird? That man deserved his statue.

When asked about the sculpture, Goldblum added fuel to the flames with his response. "It was lovely," he began, "I liked that whole statue. I don't know what it looked like in the flesh, or in the concrete. I didn't see it. I saw pictures of it. I think they took it down, but isn't it making a tour, of some kind? Like the treasures of the tomb of King Tutankhamun? I hope so. I hope everybody gets the chance to see it at one point or another." Handsome, generous and he knows his history? How is this possible?! 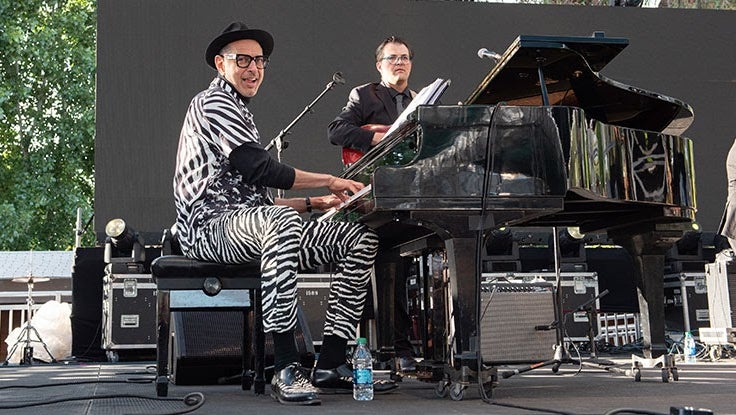 His latest gig as host of his own National Geographic show, The World According to Jeff Goldblum, is a rare opportunity to dive deeper into his psyche. Each episode of the documentary series lets Jeff pass on the wisdom and life lessons he’s learned throughout his life. For him, it’s a chance to share parts of his colorful past. For us, it’s another chance to gawk at one of Hollywood’s most captivating men in cinema history.