The NBA at 75: Looking Back on Some of the League’s Landmark Moments

To further commemorate the occasion, Nike has launched a line of new uniforms, while the league itself will be putting on special games throughout the season and has revealed an “anniversary team” that highlights 75 of the greatest players in NBA history. Here, we’re marking the league’s 75th anniversary by taking a look back at the NBA’s origins as well as some of the standout moments we’ll never forget.

Born From a Rivalry: The NBA’s Origins

Since its creation, the NBA (then BAA) has been linked to the notion of competitiveness. Not just in terms of ambitious players going head-to-head, but in terms of a rivalry of sorts between two basketball leagues. In 1946, the BAA was formed to compete against the nine-year-old National Basketball League (NBL). Today, five current NBA teams can trace their franchise history back to the NBL — the Los Angeles Lakers, the Atlanta Hawks, the Detroit Pistons, the Philadelphia 76ers, and the Sacramento Kings. So, what happened to the NBL?

Well, the BAA, which was located in larger cities, was able to quickly gain more widespread popularity than the NBL. Not to mention, the BAA held games in major-market arenas, like the Boston Garden or Madison Square Garden in New York City; NBL, however, stuck to smaller gymnasiums for the most part. By the 1948-49 season, the BAA was attracting top talent, so, on August 3, 1949, representatives from both leagues met to finalize a merger. While that merger in ’49 technically established the NBA, the BAA is considered the forerunner of the NBA, hence why ’46 is such an important year in the league’s history.

During that first decade, the number of teams in the league fluctuated as it tried to find its footing in both urban centers and smaller cities. While Japanese American player Wataru Misaka broke the color barrier in the 1947-48 season while playing for the New York Knicks, it wasn’t until 1950 that a Black player, Harold Hunter, signed with an NBA team. Although Hunter was cut from the Washington Capitols, several other Black players did play in the league that same season, including Chuck Cooper, Nathaniel “Sweetwater” Clifton and Earl Lloyd. At the time, the then-Minneapolis Lakers were the winningest team, with five championship titles to their name.

The late ’50s saw the start of the NBA’s first major rivalry. Bill Russell, a center for the Boston Celtics, led his team to a whopping 11 NBA titles. During the same time, Wilt Chamberlain, a center with the Warriors, became the league’s star player, putting up incredible numbers in terms of both points and rebounds. But despite the incredible rivalry, the Celtics impressive dynasty, and the expansion of the league, the NBA was threatened by the formation of the American Basketball Association (ABA) in 1967. Thankfully, the NBA was able to attract top talent, like Kareem Abdul-Jabbar, and even put the finishing touches on its now-iconic logo.

But between the ABA and a general decline in popularity among fans, things looked a bit rocky for the league — that is, until 1979. That year, Larry Bird and Magic Johnson signed with the Celtics and Lakers, respectively. Their rivalry was rooted in the NCAA Championship game and continued throughout their time in the NBA as they earned championship titles — Johnson nabbed five and Bird nabbed three — with their teams.

In the mid-80s, the league expanded, encompassing 27 teams. And Michael Jordan signed with the Chicago Bulls. Undoubtedly, the late ’80s and the whole of the ’90 saw basketball’s popularity surge. After the Bulls’ incredible years with Jordan and Scottie Pippen, the Los Angeles Lakers and San Antonio Spurs took center stage.

And, over the next few decades, the sheer number of basketball superstars — Shaquille O’Neal, Kobe Bryant, Kevin Durant, Dwyane Wade, LeBron James, Steph Curry — surged to new heights. While the NBA is the third-wealthiest pro sports league in the U.S., its players are the world’s best-paid athletes based on average annual salaries. And that’s for good reason. These incredible players have not only made lasting contributions to the sport, but, in many cases, they’ve become pop culture icons, too. So, in their honor, here are a few of our favorite NBA memories from the last 75 years.

Michael Jordan is undeniably one of the best — if not the best — basketball players of all time. The legend played 15 seasons in the NBA and won six championships for the Chicago Bulls. Not only did he bring a much-needed dose of excitement to the league, but he became a sensation the world over.

On June 14, 1998, it was time for Jordan to play his last game for the Chicago Bulls. During Game 6 of the NBA Finals against the Utah Jazz, the Finals series score was 3-2; the Bulls needed one more win to clinch their sixth NBA Championship in eight years. With just 18.9 seconds to play, and the Jazz leading 86-85, Jordan stole the ball from Karl Malone and ran down the court, using a crossover dribble to then score a 20-foot jumper. Jordan’s brilliant shot was the game-winning point. Hollywood couldn’t write a better ending.

The Rivalry Between Magic Johnson and Larry Bird

In the 1980s, everyone followed the rivalry between Los Angeles Lakers star Earvin “Magic” Johnson and Boston Celtics legend Larry Bird. The two faced off against each other as college students when Johnson played for the Michigan State University Spartans and Bird played for the Indiana State University Sycamores. Fans followed both athletic careers and were excited when the stars made it to the NBA for the 1979-80 season.

For the next decade, Johnson and Bird battled each other on the basketball court to dominate the NBA. This rivalry essentially saved the NBA’s fluctuating televised ratings, and if it wasn’t for the competitive athletes, today’s NBA structure might be drastically different. Not to mention, it ended up being one of the greatest rivalries in all of sports history.

Late Los Angeles Lakers star Kobe Bryant was another towering legend in the NBA. While he had many career achievements — five championship titles and two Olympic golds, plus he was named a Finals MVP twice, an All-Star 17 times, and was named to the Defensive First Team 12 times — Bryant’s last game with the Lakers sticks out in our minds. After 20 years in the NBA, Bryant took to the court in 2016 for the last time. And he didn’t disappoint.

Bryant saved one of his best performances for his last, scoring 60 points against the Utah Jazz. Not to mention, he hit the game-winning shot with 31.6 seconds left to play. Of course, there’s a reason Bryant is so acclaimed: in 2006, he scored a whopping 81 points against the Toronto Raptors, second only to Wilt Chamberlain, who scored 100 points in a 1962 game, when it came to single-game individual points scored. Bryant knew how to make basketball look easy and, even now, the Mamba will always live on.

In the 1970s and ’80s, Los Angeles Lakers star Kareem Abdul-Jabbar invented one of the most lethal shots in the game: the skyhook. An all-time leading scorer, Abdul-Jabbar’s signature skyhook was unstoppable. No matter how hard his opponents tried to block the shot, their defense just wasn’t enough.

The move was admired by other athletes — even Johnson. In the 1987 NBA Finals against Bird, Johnson hit a junior skyhook to give the Lakers a lead over the Celtics. He imitated Abdul-Jabbar’s signature shot and, as they say, imitation has always been the sincerest form of flattery.

Every generation has star athletes. Basketball fans of the 1970s and ’80s admired Bird, Johnson, and Abdul-Jabbar; Jordan dominated the ’90s; and the 2000s centered on Bryant and his teammate Shaquille O’Neal. For today’s generation, the GOAT that comes to mind is likely LeBron James.

Recognized as the best player in the NBA right now, James always lives up to what’s expected of him. In 2014, the legend returned to the Cleveland Cavaliers from the Miami Heat, promising to lead the Cavs to championship titles. Two years later, in 2016, he fulfilled his promise.

In the NBA Finals against the Golden State Warriors, James led the Cavaliers back from a 3-1 deficit. With two minutes remaining in Game 7, everyone thought the Warriors would clinch the win. However, just as Warriors star Stephen Curry passed the ball to Andre Iguodala, James appeared out of nowhere to pin the ball on the backboard, blocking the shot and securing a victory for the Cavaliers. To many fans, this victory is still the best moment in modern NBA history.

NBA Players Lead Off the Court, Too

In December of 2014, NBA star Derrick Rose wore a black T-shirt with the words “I Can’t Breathe” printed on the front during a team warmup with the Chicago Bulls. The phrase referenced the last words of Eric Garner, a Black man who was murdered by Staten Island police officer Daniel Pantaleo in 2014.

Even though Garner’s murder was caught on video, Pantaleo was never indicted. Rose’s decision to wear the shirt is another example of an athlete using their platform to make a statement — this time about police brutality and the injustice Black people face every day in America. In recent years, NBA — and WNBA — players have continued to use their platforms to fight for justice.

When it comes to uniforms, some teams have added new meaning to the phrase “statement piece.” In 2010, the Phoenix Suns wore uniforms that read “Los Suns” to protest Arizona’s new immigration law. Then-star Steve Nash said the bill “opens up the potential for racial profiling and racism.”

In 2014, the Los Angeles Clippers used their pregame warmup uniforms as a form of silent protest. After the team’s owner, Donald Sterling, made racist remarks, the players wore their warmup shirts inside-out so that the Clippers’ logo didn’t show. Chris Paul, the star guard, was heard telling his teammates “we’re all we got.”

Even though Game 5 of the Eastern Conference First Round of the National Basketball Association (NBA) Playoffs was meant to be played on Wednesday, August 26, 2020, the AdventHealth Arena at ESPN’s Wide World of Sports Complex in Lake Buena Vista, Florida, remained empty. The Milwaukee Bucks refused to play in the wake of the police’s attempted murder of Jacob Blake, an unarmed Black man, in Kenosha, Wisconsin, on Sunday, August 23.

The Orlando Magic, the Bucks’ competitors in the playoffs, followed suit, and, within a matter of hours, athletes across the NBA, WNBA, Major League Soccer and Major League Baseball refused to play games. In the world of tennis, U.S. Open defending champ Naomi Osaka led the charge to shut down her sport for the day, too. While NBA stars have no-strike clauses in their collective bargaining agreements with the league, the league sided with the players’ decision, allowing viewers to focus on the players’ support of the Black Lives Matter movement.

Can’t get enough of basketball? Same. 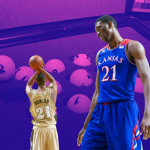 Why Tanking in the NBA Is Actually Good for Fans
2 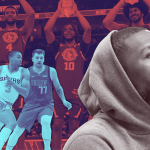 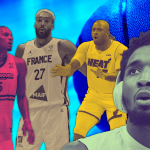 The 6 Most Significant NBA Offseason Moves
5 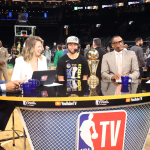