Joel Schumacher’s Batman & Robin Turns 25: Is It Really That Bad?

Even if you’re feeling some fandom fatigue or eager to explore one of Hollywood’s more recent trends, there’s no denying that superhero films have dominated the box office — and much of pop culture — for the last decade. A lot of that cultural saturation is thanks to Marvel and, more specifically, the Marvel Cinematic Universe (MCU).

As of 2022, the MCU boasts 28 movies and counting. Taika Waititi’s Thor: Love and Thunder, another MCU feature film, hits theaters in a few weeks, while a whole slew of shows are slated for release on Disney+.

But before Iron Man (2008), The Dark Knight (2008) and, later, The Avengers (2012) cemented the superhero movie machine as we now know it, there were hits like Sam Raimi’s Spider-Man (2002) and X-Men (2000), which saw Marvel heroes being adapted pretty successfully into live-action films. For me, those two movies kicked off my interest in superhero films as a kid.

But that meant I’d missed out on the earlier superhero fare that made the leap to celluloid. One of those pre-X-Men film franchises was, of course, the series of Warner Bros. Batman movies. And of all those ‘80s and ‘90s Batman flicks, Joel Schumacher’s Batman & Robin (1997) — which sees its 25th anniversary this year — gets the most hate. But is all the flack warranted?

To kick off the inaugural installment of our Bad Movie Club, I watched the film for the first time this year. (Maybe to spare you? We’ll see.) So, without further delay, let’s revisit Batman & Robin — the movie that effectively suspended the Caped Crusader’s big-screen career for nearly a decade.

From Page to Screen: Batman’s Origins, In Brief

Created by Bob Kane and Bill Finger, Batman — a.k.a. the tech-savvy vigilante persona that wealthy playboy Bruce Wayne takes on — has worn many different capes, so to speak. Before his standalone and self-titled outings, Batman debuted in the 27th issue of the comic book Detective Comics in 1939. Detective Comics is not just DC’s namesake, but one of the publisher’s two signature series. (The other being Action Comics, which featured DC’s other titan, Superman.)

I won’t delve into the full history of Batman here. (If you want to learn more about the Bat and the rise of nerd culture at large, check out Glen Weldon’s book, The Caped Crusade.) Let’s just say that Batman has been written and drawn since the ‘30s, so while the cape and a few other aspects remain the same across iterations, there’s also been a lot of reinvention. And that’s the beauty of comics and serialization.

On the silver screen alone, we’ve seen several very different batarang stabs at bringing Gotham’s vigilante to life. On one end of the spectrum, there’s Adam West’s campy superhero from both the film, Batman (1966), and the 120-episode TV series, also Batman (1966–68). On the other end, there’s the grittier versions, as seen in Chris Nolan’s Batman Begins (2005) trilogy and even Tim Burton’s Batman (1989), which drew inspiration from the works of edgier graphic novelists like Alan Moore (Watchmen, V for Vendetta) and Frank Miller (Sin City), who both worked on Batman comics.

And that brings us to Batman & Robin. The fourth (and final) installment in Warner Bros. Batman series, the 1997 flick changed stars again, with George Clooney donning the suit. But the most drastic change? It was the only film in the series made without Burton’s involvement in any capacity. That meant Schumacher, who directed the movie, put his own vision of Batman on screen. And it definitely shows — but is that really a bad thing?

Why Did People Hate Batman & Robin So Much?

Maybe it’s because viewers have a preexisting vision of the characters and stories being adapted, but it does seem like comic book-based films get a lot of hate. Sometimes the criticisms are warranted. But, other times, it boils down to fans being spiteful or not getting the end result they imagined. Batman & Robin certainly falls on the Adam West/campy end of the Bat-spectrum, but does that mean it’s the worst film ever made?

For better or worse, Burton’s on-screen version of Batman was the one mainstream audiences were most familiar with. When Batman Returns came out, some criticized it for being too dark, too violent. And, in the ‘90s, those graphic novels by Moore and Miller — Batman: The Killing Joke (1988) and The Dark Knight Returns (1986), respectively — shaped the character further. For me, there was also Batman: The Animated Series (1992–95), which brought a noir sensibility to the cartoon’s aesthetic and made Bruce a bit moodier.

Those darker stories cast Batman in a very specific mold. That was the character audiences expected (and wanted) to see on screen. In the end, Schumacher gave us something uniquely his own.

There’s no question: Batman & Robin boasts an A-list cast. George Clooney plays the Bat for his first and only time, while Chris O’Donnell reprises his role as Robin. But the film also features Arnold Schwarzenegger (Terminator) as the villainous, pun-loving Mr. Freeze, Uma Thurman (Kill Bill, Vol. I) as the plant-controlling eco-terrorist Poison Ivy and Alicia Silverstone (Clueless) as Barbara Wilson/Batgirl. There’s something about this top-notch cast list that makes the end result all the more baffling.

Whether or not you like the idea of Clooney playing Bruce Wayne or Schwarzenegger playing Dr. Victor Fries, these stars were all at the height of their fame during the ‘90s. Clearly, Warner Bros. had big expectations, even without Burton steering the Batship.

Schumacher, who’s best known for making classics like St. Elmo’s Fire (1985) and The Lost Boys (1987), admitted that he intended to pay homage to both the ‘60s Batman TV series and artist Dick Sprang’s work on the character during the so-called Golden Age of Comic Books. However, not everyone was on board with the campy vision. During filming, O’Donnell said that Batman Forever felt like making a movie, while Batman & Robin was like “making a toy commercial”.

The Robin actor wasn’t the only one who felt that way. For one, Schumacher wasn’t a fan of the “toyetic” approach the studio took to designing parts of the film’s look and feel. That is, it was all about action figure tie-ins and merchandising. But that didn’t stop the director from reportedly yelling into a megaphone before each take, “Remember, everyone, this is a cartoon.”

The look of Gotham itself has been described as “a World’s fair on ecstasy” by production designer Barbara Ling in Bigger, Bolder, Brighter: The Production Design of Batman & Robin (2005). To me, it feels a bit like Cyberpunk by Six Flags or Return to Oz (1985). Even so, the elaborate sets and costumes, which very much feel like sets and costumes, helped the production budget balloon to $160 million. Warner Bros. spent another $125 million on marketing the film, which included a slew of promotional partnerships and products. The movie ended up grossing about $238 million worldwide, severely underperforming in the United States.

Enjoying the experience of watching Batman & Robin boils down to understanding Schumacher’s vision. Upon the movie’s release, Time Out’s reviewer noted that “though Schumacher treats the Adam West version as gospel, that show’s campy humor is completely incompatible with these [big-budget] production values.”

While the clash between those elements is grating on face value, I choose to view Batman & Robin as a big-budget drag show of sorts. Aside from the obvious camp aesthetic, you’ve got the infamous supersuits, complete with nipples and codpieces that received a wild amount of press 25 years ago. The dialogue can feel cheesy and absurd. (Mr. Freeze has endless puns — and zero chill). And the over-the-top performances, especially Thurman’s Poison Ivy (and her Marlene Dietrich ode), are reminiscent of drag shows, too. An absurdity that you’re both very aware of and very taken in by. It can be fun so long as you don’t take it too seriously (or compare it to those darker Bat films).

Although Schumacher denied that his Batman was gay, there have been many queer readings of the film. (Even Clooney has claimed he played a gay iteration of Bruce Wayne.) “In a way, Schumacher’s denial of the film’s queerness allows it to function as queer-claimed films had traditionally,” Rich Juzwiak writes for Jezebel. “After the dawn of the medium, for decades viewers had to attune themselves to coding and suggestion in order to glean queerness from ostensibly straight works. Sussing out is part of the fun, and until fairly recently, it was necessary.”

Juzwiak also points out that the editing of Batman & Robin is full of Faster Pussycat! Kill! Kill!-style (1995) quick cuts. That film’s director, Russ Meyer, not only created incredibly successful sexploitation films that featured campy humor, but inspired other camp directors like John Waters.

Even so, there’s no denying the movie’s cringe factor. The plot is absurd in that way that works in comic book form, but feels pretty outrageous in live-action film. What really solidifies the feeling of a drag stage show come to life are scenes like this one. In it, Schwarzenegger freezes Robin with his super-charged, ice-blasting Nerf gun and takes the diamond Boy Wonder dove to save. Batman crouches next to a frozen Robin and just stares at Freeze, who takes time to deliver a long, taunting speech (as villains tend to do) before escaping.

Okay, But Is It At Least a Good Bad Movie?

Viewers had such an extreme reaction that Schumacher did apologize for letting fans of previous Batman films down. The director said he didn’t intend to disappoint anyone, but that his “intention was just to entertain.” So, does it at least hit that mark?

Some movies are so bad that they provide a fun watching experience. I mean, “drink every time Mr. Freeze makes a cold-related joke” could turn any viewing into a viewing party real fast. But the cringe factor here is still really high. Pretending you’re watching a drag performance certainly helps, especially when Poison Ivy is on screen. In fact, I kind of want a queen like former Midnight Mass host Peaches Christ or the high-camp Trixie Mattel to bring Batman & Robin to the stage.

As for the movie? As Mr. Freeze says, “If I must suffer, humanity will suffer with me” — in this case, I’d like you to endure a rewatch, too. So, why not start a Bad Movie Club with your pals and use Batman & Robin to break the ice? 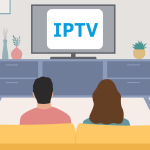 What Is IPTV? The Best IPTV Subscriptions
3 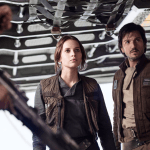 What Is “Andor” About? Diego Luna’s Star Wars Show, Explained
4 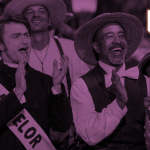 How to Stream TBS Without Cable
5 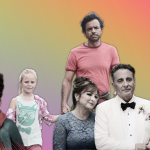