Cheat Codes: A Brief History of Cheating in Video Games

Cheat codes have been an indelible part of video game history for as long as anyone can remember. First used as a shortcut to debug titles during testing, players eventually learned how to use cheat codes themselves. These days cheat codes and other features often augment or change a gameplay mechanic, as is the case with the popular — and often controversial — Fortnite aimbot.

Sometimes, cheat codes are purposefully included in games by the first-party developers who created them. Other times, they’re inserted through third-party software after a game’s been produced. Moreover, it isn’t always intentional. Gamers have discovered unintended “codes” by exploiting bugs in a game’s software. In honor of National Video Games week, we’re taking a look back at the history of cheat codes in video games, from contentious alterations, like Fortnite’s aimbot, to classic cheats, like the Konami Code.

What Is a Cheat Code?

In essence, a cheat code modifies a core function of a game that affects gameplay in some way. Put into simpler terms, they modify what a player can and can’t do. For the most part, cheat codes help the player — as in the case of invincibility or infinite ammo cheat codes. But sometimes these codes can handicap players to provide them with a more challenging experience.

What Was the First Cheat Code?

Although it’s often difficult to distinguish the line between a cheat code and developer tool, most video game experts agree that the first legitimate cheat code was for a ZX Spectrum platforming game called Manic Miner (1983). The cheat, known as the “6031769” code, was based on developer Matthew Smith’s driver’s license number.

This string of numbers enabled a fairly basic cheat — allowing players to teleport to any cavern in the game — it began a trend of developers often using cheat codes as a personal signature or lore builder within game canon. For the most part, however, cheat codes of the early 1980s were used as tools to help speed up development. Put simply, many developers didn’t have the reflexes and skill to make it through their own games.

The Dawn of Third-Party Cheats

The 1980s also saw players using self-made cheats to defeat tough games. With a bit of computer knowledge, gamers could manipulate the 8-bit computing systems of the day and change memory values in a game. Statistics — lives, health, ammo — are really just values stored in a block of memory, after all. Changing these values was known as a POKE command.

Players who used POKE commands could effectively store any value to a game’s memory — thus, the third-party cheat was born. However, changing values without knowing which memory addresses corresponded to which value led to some rather random in-game changes, too. Instead of aiding their character, some of these adventurous gamers buffed their enemies.

With the cheat code trend gaining steam, some gaming companies began to actually help players cheat by pointing out the memory addresses of certain game values. In turn, players began to share their third-party cheats with each other through word-of-mouth. The fun of gaming wasn’t just about high scores, but about comparing cheat codes, too. This all served as a kind of precursor to the gaming guide craze of the 1990s, which saw titles like Nintendo Power and Tips & Tricks becoming staples at school lunchroom tables.

Although codes were placed in games for a variety of reasons before the release of titles like Gradius and Contra on the Nintendo Entertainment System (NES), these games made the idea famous. Or infamous, depending on who you ask. The so-called Konami Code — named after both games’ developer and publisher — is a sequence of button presses:

If you input it on the title screen, it’d grant you a stock 30 lives, as opposed to the standard three. Gradius was the first game to use the Konami Code in 1986. However, the much more famous Contra made the Konami Code a household name among gamers. And how did this well-known cheat code come about? Gradius creator Kazuhisa Hashimoto was actually having trouble beating his own creation.

Often referred to as the “Contra Code” by gamers, the Konami Code has been used in many games since as a kind of ode. Mortal Kombat III, BioShock Infinite and Half Life 2 all reference this cheat code.

In the 1990s, games began to increase in size and scope thanks to advancements in hardware. With added complexities, games became increasingly difficult to beat in one sitting. To remedy this frustration, developers began including “progress codes”, which popped up as players achieved in-game milestones. This kept players from having to buy add-on memory cards to save their progress. But was being able to save your progress really a form of cheating? It’s hard to say. Maybe it depends on the game in question.

And then there was the Game Genie, which gave players an attractive user interface (UI) to perform POKEs on games. Sure, cheat programs like this one were part of the industry since the ‘80s, but all of these fun, much-talked-about third-party cheats actually encouraged developers to include their own first-party cheats in their games. By the late ‘90s, first-party cheats had become a staple, cropping up in incredibly popular titles like Goldeneye and Grand Theft Auto.

Another important entry in the history of cheat codes was GameShark, which produced cheat cartridges for all the popular Sony and Nintendo consoles of the day as well as PCs. Additionally, GameShark popularized the practice of “gating” codes — limiting access to certain cheat codes until players purchased a membership.

In 2002, G4, the popular gaming TV network, produced a show called Cheat! Widely considered to be one of G4’s most popular shows, Cheat! made cheat codes more accessible and understandable to a wider gaming audience.

From Golden Boy to Pariah: The Fall of Cheat Codes

In the late 2000s, the rise of online multiplayer games and the global professional gaming industry — often referred to as esports — caused a shift in the way people viewed cheats. In skill-based tournaments, cheat codes aren’t welcome, especially with huge sums of prize money on the line.

As such, developers of the most popular games are now incentivized to program controllable environments that cannot be exploited. This is a huge shift in gaming development; for the most part, gone is the more open and user-friendly coding of the past, which welcomed alterations.

As such, tools like the Fortnite aimbot —which gives you perfect aim in the game, thus taking away most of the skill required to be victorious — are still widely available. But players caught using codes like that in a pro tournament can face serious consequences. And if you can’t be honest? Surprisingly, there are “cheater only” tournaments if aimbots are that crucial to your success.

Of course, not every game out there is fit for esports tournaments. With other types of games, companies have seized on the opportunity to monetize cheat codes. The industry of micro-transactions — paying for upgrades, additional lives and so on — has all but eclipsed the inclusion of free first-party cheats. Games that offer these “pay-to-win” (P2W) experiences are greatly criticized, though. In the end, it’s a constant tug-of-war to keep the gaming experience fun and fair and ensure a game is actually profitable. 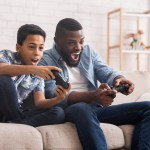 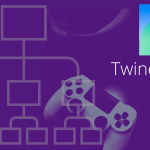 Twine 101: Create Your Own Video Game No Matter Your Skill Level
5 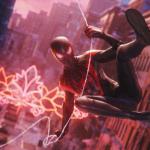