Togethxr: How Professional Women Athletes Are Changing the Media Game 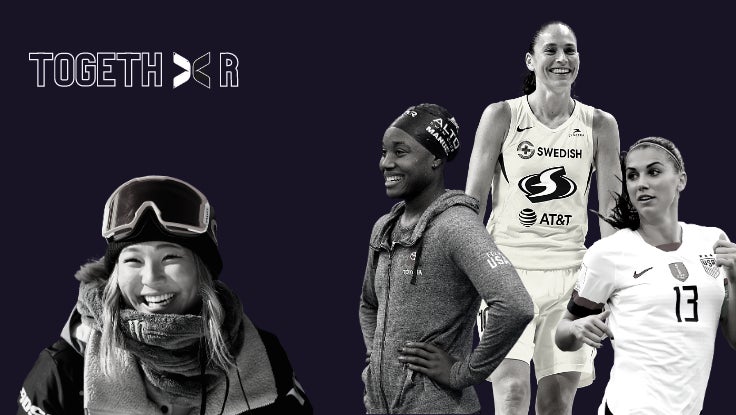 On March 18, the National Collegiate Athletic Association (NCAA) made headlines — but not because of some history-making March Madness moment. Ali Kershner, a coach from Stanford University, posted a photo set comparing the men’s and women’s weight room setups at their respective tournaments. In short, the men’s teams had a professional-looking weight room, furnished with as much workout equipment as the social distancing guidelines would allow, while the women were presented with a stack of weights and some stanitized yoga mats. "In a year defined by a fight for equality this is a chance to have a conversation and get better," Kershner wrote in the Instagram caption.

Sadly, this is nothing new for women in sports. Women’s NCAA basketball teams can be some of the winningest in history, but that doesn’t mean those teams and athletes are given the recognition, coverage, and respect they deserve. While women’s sports are deserving on their own, comparisons often underscore the fact that this inequality has nothing to do with accolades.

For example, in collegiate sports, UConn’s women’s basketball program has 11 championship titles to date, while the men’s program has just four. But this carries into professional sports, too. The U.S. Women’s National Team (USWNT) has consistently outperformed their soccer-playing male counterparts — the USWNT has four FIFA World Cup titles and four Olympic gold medals, while the men’s squad have yet to win a World Cup or a single gold medal. Even so, the USWNT players filed a gender-discrimination lawsuit against the U.S. Soccer Federation (USSF), citing "institutionalized gender discrimination" that "has caused, contributed to, and perpetuated gender-based pay disparities." (Recently, the U.S. men’s team has even backed the USWNT’s claims against USSF.)

On a recent trip to the White House, USWNT players Margaret Purce and Megan Rapinoe told House lawmakers that women can't just outperform their male counterparts in order to secure equal pay. Moreover, equality shouldn’t just hinge on the success of women’s sports teams. That equality, be it in terms of pay, coverage, support or respect, should be a given. All of this — and so much more — brings us to Togethxr, a new, women-led media venture that’s aiming to center and uplift women athletes.

As we’ve seen throughout history, athletes have always used their platforms to enact enduring change. In 2020, National Basketball Association (NBA) players and four-time Grand Slam winner Naomi Osaka helmed a strike in the wake of the police’s attempted murder of Jacob Blake. And, in July of the same year, the Women’s National Basketball Association (WNBA) players dedicated their season to Breonna Taylor and the Say Her Name campaign, which aims to bring awareness to Black women who are victims of police violence. 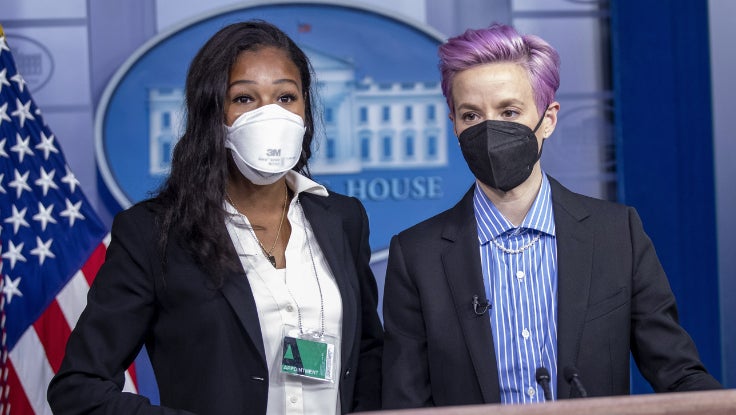 So, how does Togethxr figure into enacting change? For starters, the new media and commerce company was founded by four of today’s greatest athletes: Seattle Storm point guard Sue Bird, who has four WNBA championships, four Olympic gold medals, four FIBA World Cups, and two NCAA titles to her name; pro snowboarder Chloe Kim, who became the youngest woman to win an Olympic gold medal in snowboarding and remains the current World, Olympic, Youth Olympic and X-Games champ in the halfpipe; four-time Olympic gold medalist Simone Manuel, who set an Olympic record in the 100M Freestyle and became the first Black woman to medal in an individual swimming event for team USA; and USWNT team forward Alex Morgan, who’s not only one of the game’s top scorers, but also a two-time FIFA World Cup champ and a gold medal-winning Olympian.

Togethxr notes that its platform is "where culture, activism, lifestyle, and sports converge," and, while athlete-led outlets aren’t necessarily new, this one promises to be different. "We shatter the often narrow depictions of women in the media with content featuring a diverse and inclusive community of game-changers, culture-shapers, thought leaders, and barrier breakers," the outlet’s website notes. "With a focus on rich storytelling rooted in lifestyle and youth culture, [Togethxr] is an unapologetic platform where representation and equality is the norm."

As tennis legend Billie Jean King pointed out amid the outlet's launch, women’s sports receive just four percent of media coverage — and that coverage often fails to capture the diverse stories of women athletes. When Togethxr launched, Manuel touched on this notion, tweeting, "I can’t wait to share everything we have in store. There has never been a place for women that exist like this. It’s about damn time."

Here’s How Togethxr Is Already Changing the Game

In a launch statement on Twitter, Bird, Kim, Manuel and Morgan noted that, "Legacy isn't just about wins or losses; medals or trophies or rings." Without a doubt, the co-founders’ combined mega-stardom has helped launch Togethxr in a huge way. And while they are all clearly using their platforms for the good of the outlet — to increase visibility, amplify historically marginalized voices, build and uplift a community — the co-founders don’t want their celebrity to cloud Togethxr’s aims. 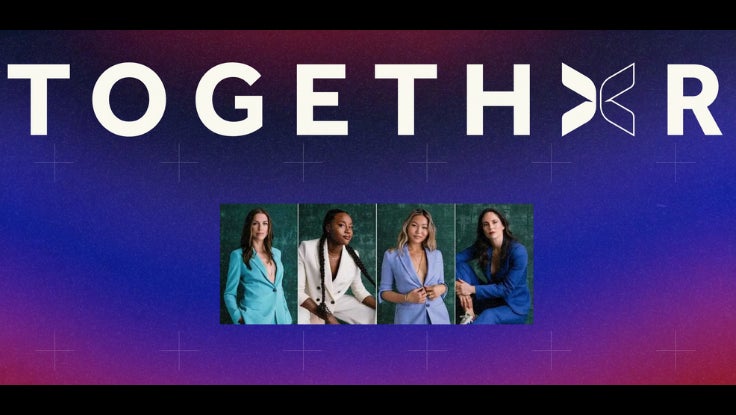 Since launching in early March 2021, Togethxr has already made waves. On YouTube, there are multiple short-form series, from We Who Hustle, which spotlights women entrepreneurs, athletes, and boundary-breakers, to the FENOM series, which centers on Chantel "Chicanita" Navarro, a 17-year-old prodigal boxer with Olympic dreams.

Rounding out the video offerings are short films about game-changing athletes; a self-explanatory series called Day In The Life; and More Than a Name, which, in its first episode, focuses on UCLA second base player Maya Brady, a collegiate softballer who’s forging her own path, despite her famous athlete relatives. And we’d be remiss to leave out the recent interview featuring UConn alum Diana Tarausi’s (glowing) take on current Husky phenom Paige Bueckers.

Moreover, Togethxr is solidifying its spot in sports journalism, from giving us on-the-ground updates on the goings-ons in the Women's NCAA March Madness "Bubble" to amplifying Kim's voice when she recently shared her own experiences with anti-Asian racism and how that impacted — and continues to impact — both folks' mental health and physical safety. And, in the near-future, Morgan and Bird will be revisiting the 1996 Olympic games in the six-part documentary podcast Summer of Gold, which Bird credits with, among other things, launching the WNBA.

"Legacy is about what you give back and who you lift up. It’s about the world you create for the next generation," Together’s co-founders noted in their launch statement. "We want to be champions for every young woman who dares to dream." And it seems the outlet is well on its way to doing just that.