Behind the Scenes of The Mighty Ducks: Facts Every Fan Should Know 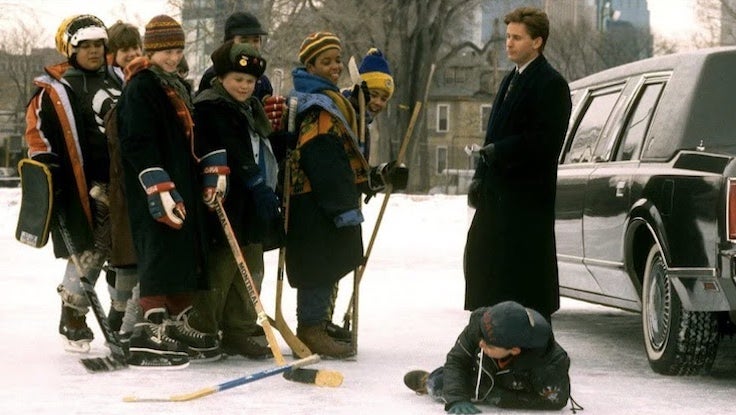 The Mighty Ducks films were some of the defining sports stories of the ‘90s. And the trilogy, which follows the rise of a peewee hockey team, has remained a fan favorite. Now, nearly 30 years since the first Mighty Ducks hit screens, Disney Plus is reviving the franchise in the form of a TV series, The Mighty Ducks: Game Changers. Before tuning into this fresh take on March 26, 2021, we’re taking a behind-the-scenes look at the original films. So, join us for a skate down memory lane, because, as the old saying goes, "Ducks fly together!"

Most of the Main Actors Exaggerated Their Hockey-Playing Abilities

Pretty much every actor who had a main role in the first two Mighty Ducks films wasn't exactly honest about their skating skills when they auditioned. In other words, almost all of them lied — or, at the very least, exaggerated the truth. 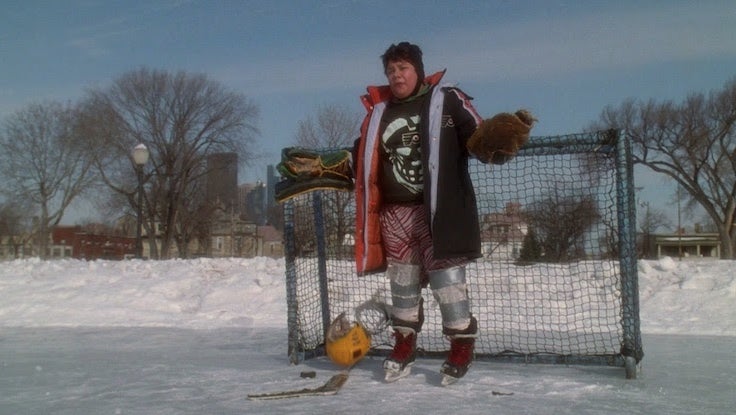 Luckily, the director and producers anticipated these fibs and had organized hockey boot camps to help the actors up their skills before filming began. All that training certainly paid off. Or, at least, we were pretty convinced by the on-screen players' skills!

A Sequel Was Not Part of the Original Plan

The ending of the original movie, which sees Coach Bombay (Emilio Estevez) heading off to minor-league tryouts but promising to return for next season, might seem like the perfect setup for a sequel. But it wasn’t written with that in mind at all. The first Mighty Ducks film drew in $50 million at the box office, but no one thought that moderate success would turn into a franchise of films. 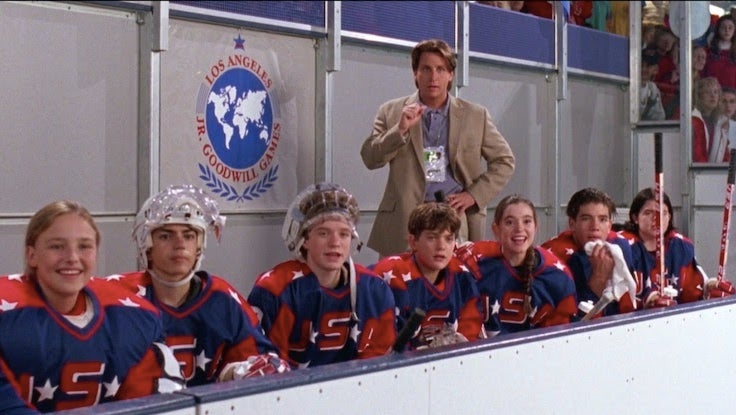 However, Disney’s then-CEO, Michael Eisner, saw a sequel as a way to cross-promote the National Hockey League (NHL) team he was establishing in Southern California — the Anaheim Mighty Ducks. All of this to say, without Eisner’s plans, the Mighty Ducks would’ve been a one-and-done film. Before the 2005-2006 NHL season, Anaheim dropped "Mighty" from its official name, but, clearly, the film’s legacy lives on even in professional sports.

The Original Script Was Darker Than the Disney Version

Before Disney got involved, The Mighty Ducks script told a much darker story — and there certainly weren’t as many comedic elements. Originally, the film centered on Gordon Bombay, an ex-NHL player who, in midst of grappling with alcoholism, was seeking revenge on his former coach by guiding the rival team. 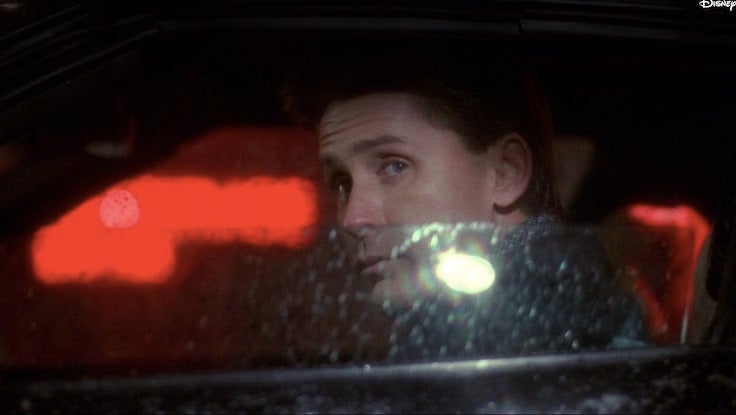 Instead, Disney opted for a less intense take on that story. In the film, Bombay is a lawyer with a DUI who is sentenced to community service, which he completes by coaching a peewee hockey team. Definitely more in line with Disney’s brand, right? Although, this is the studio that gave us everything from Mufasa’s death in The Lion King (1994) to the dystopian ruins of the Emerald City in Return to Oz (1985), so clearly they aren’t afraid to get a little dark. Still, we’re glad Mighty Ducks became the coming-of-age comedy we know and love today.

Only One Actor From “D2: The Mighty Ducks” Was Actually From Iceland

None of the actors who played on the Icelandic team in D2 were actually from Iceland. In fact, the only actor in the film to boast Icelandic nationality is the Vikings’ trainer, Maria (Maria Ellingsen). Truth be told, most of Iceland’s on-screen team consisted of stunt skaters from Minnesota. 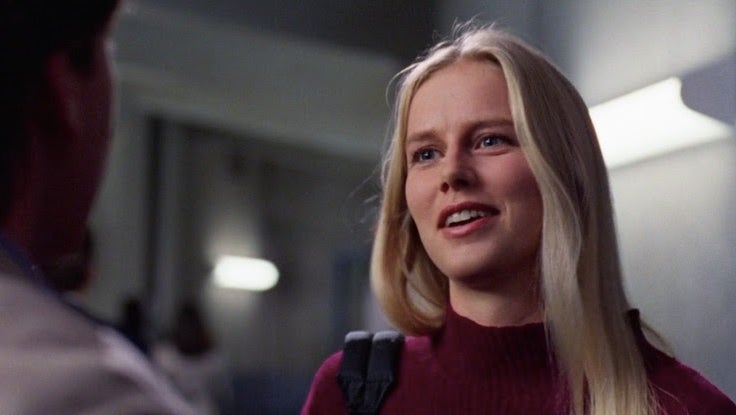 Scott Whyte, the Californian-based actor who played Gunnar Stahl, did play hockey before he starred in the film, but he needed some help from Ellingsen when it came to perfecting that Icelandic accent. Additionally, on the acting front, D2 features a ton of cameos, from Olympic champs, like Kristi Yamaguchi and Greg Louganis, to NHL players, like Wayne Gretzky, Chris Chelios, Luc Robitaille and Cam Neely.

Why film the original Mighty Ducks in Minnesota? Authenticity. However, the frigid location proved to be rather tricky on a number of occasions. One of those occasions? In one scene, Gordon Bombay (Emilio Estevez) shares a kiss with Casey Conway (Heidi Kling), Charlie’s (Joshua Jackson) mom. And, according to producer Jordan Kerner, it was a startling "55 degrees below zero in St. Paul" when they filmed the scene. 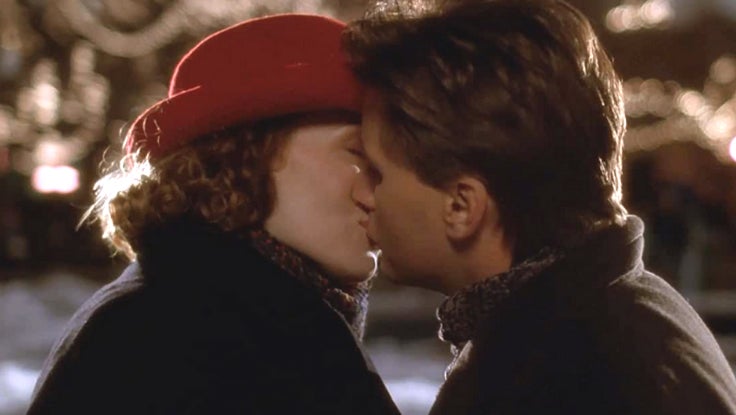 Have you ever seen that iconic "triple dog dare" scene in A Christmas Story (1983)? Well, this went a lot like that, sans the flagpole. Long story short, Estevez and Kling’s lip lock turned into just that: They were stuck together. The fast-acting makeup team grabbed some warm water to drip on them so that they could separate safely, but talk about an unforgettable behind-the-scenes blooper.

Charlie Was Almost Played By a Different Teen Heartthrob

Although it’s difficult to picture anyone else stepping into Charlie Conway’s skates, it’s true that Joshua Jackson wasn’t the only then-teen heartthrob to audition for the starring role. In fact, none other than Leonardo DiCaprio tried out for the part. In the end, the now-Oscar winner lost out to Jackson. 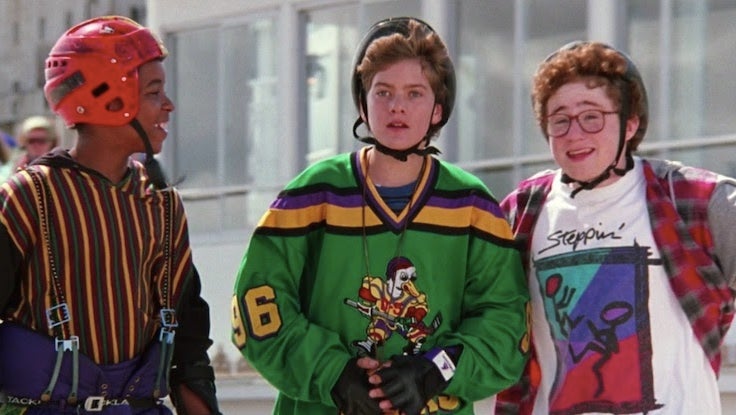 In the past, Jackson has shown his support and love for the franchise, which helped launch his early pre-Dawson’s Creek career. So, will he be returning to the ice for the Disney Plus TV Show? It remains to be seen. Evidently, a few other cast members, including Emilio Estevez, will pop up in Game Changers, according to the show’s creator, Steven Brill. "We don’t know where Charlie is, unfortunately," Brill said when asked about the possibility of Jackson’s return. "He’s going to come back somewhere but him and Gordon aren’t necessarily talking right now, they’re in a down period."

This Minnesota Location Is Still (Set) Dressed for the Occasion

Ever wonder what happens to a filming location after all the stars head home? Well, one rural Minnesota location decided to hold onto the bit of Hollywood set dressing that came its way. (Or, you know, maybe the production team didn’t clean up thoroughly enough. Who’s to say?) 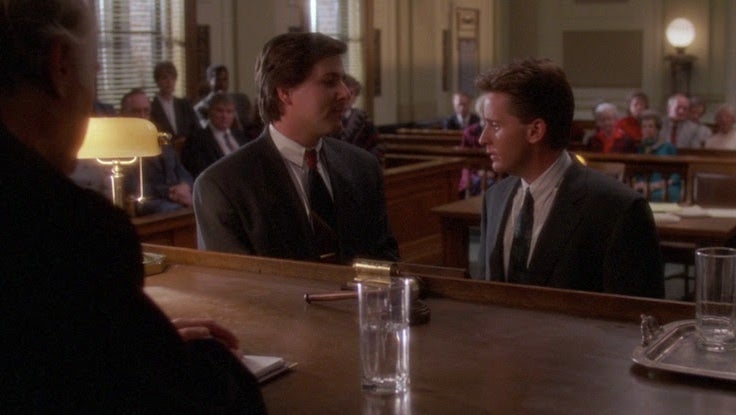 In the original Mighty Ducks movie, the courtroom scenes were filmed in an actual courtroom in St. Cloud, Minnesota. In an attempt to create a visual cue that matched with the sports film, set designers added small, black circles to the building's architecture. The idea? They looked a bit like hockey pucks. In the end, the courtroom didn’t end up taking them down, so these remnants of the Mighty Ducks set are still there today.

Actor Marguerite Moreau, who plays Connie Moreau in all three films of The Mighty Ducks trilogy, confessed to really enjoying her time on set. In a 2014 interview with Time, Moreau revealed how much she loved being one of the only girls on the ice — especially during the shooting of the first film. 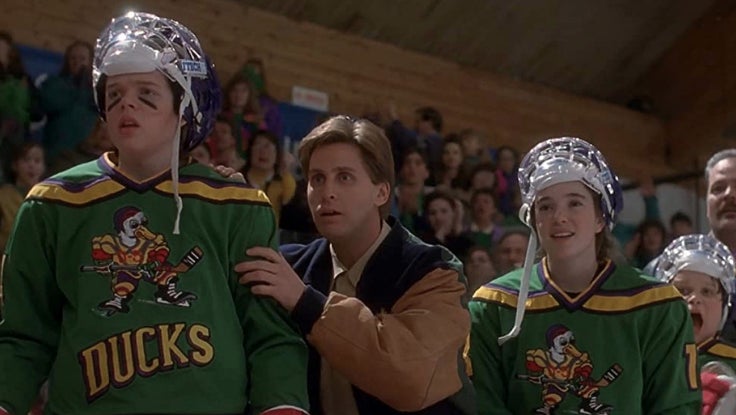 During Mighty Ducks, Moreau was a lot bigger than the boys, so she got a kick out of teasing them and pushing them around. Of course, by the time both D2 and D3 rolled around, the boys had gone through their own growth spurts. As viewers, we’ll always remember Connie fondly for her iconic, "But I’m no lady — I’m a duck!" line.