Coming Soon: Everything to Watch on Netflix, Disney Plus, Hulu, HBO Max and More in April 2021 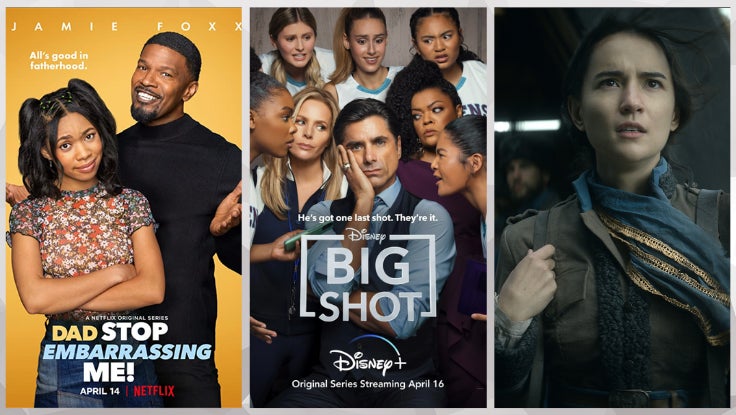 Spring is upon us and with it comes a batch of new TV and movie releases that we hope will keep us entertained while we wait for things to slowly return to normal. Here’s our selection of some of the must-watch titles in April 2021.

Concrete Cowboy (April 2): Stranger Things’ Caleb McLaughlin plays Cole, a 15-year-old who gets expelled from school in Detroit. His mother decides he may learn a thing or two living by with his estranged father (Idris Elba) in North Philadelphia for the summer. This coming-of-age movie, which premiered at the Toronto International Film Festival in 2020, depicts Philadelphia’s urban-cowboy subculture. 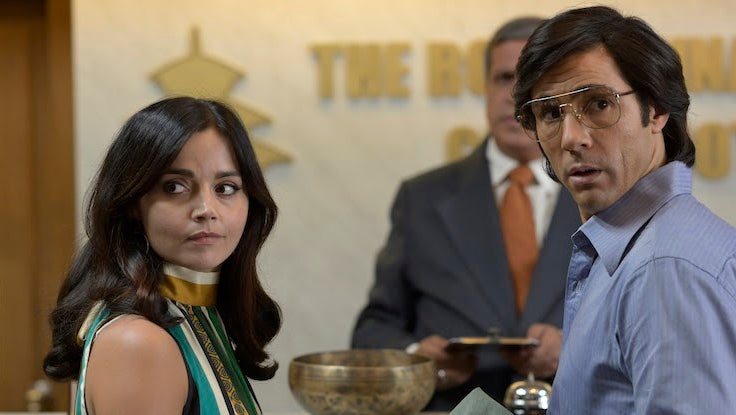 The Serpent (April 2): Inspired by real events, this eight-episode limited series is co-produced by BBC One and Netflix. Tahar Rahim (The Mauritanian) and Jenna Coleman (Victoria) play a couple posing as gem dealers. They were suspects in a series of murders of Western travelers in Thailand, Nepal and India in 1975 and 1976. The show recounts the international investigation that followed in the wake of the crimes.

Dad, Stop Embarrassing Me (April 14): This multi-camera eight-episode sitcom stars its creator, Jamie Foxx. In the show, Foxx plays a bachelor and successful professional who suddenly becomes a full-time dad to a teenage daughter (Kyla-Drew.) The show is inspired by Foxx’s relationship with his daughter Corinne Foxx, who also executive produces here.

Shadow and Bone (April 23): Based on Leigh Bardugo’s bestselling YA fantasy novels, this show’s eight-episode first season follows soldier and orphan Alina Starkov (Jessie Mei Li), who finds out she has an extraordinary power that could liberate her country from war. But it’s not all fighting and magic: the story also packs an old-fashioned love triangle.

If you’re feeling like some suspense or if you dig last-minute twists, April has some new thrilling proposals for viewers like you. Two of the titles on this list are even based on bestselling books. 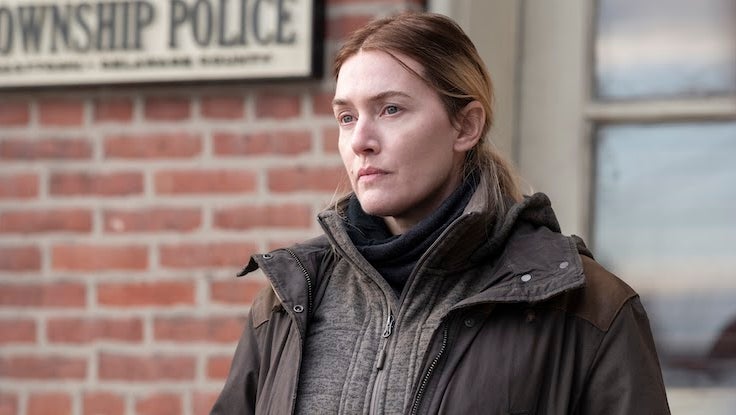 The Secrets She Keeps (April 19), AMC: This six-part Australian series is making its way to American audiences with an AMC release. The show is based on Michael Robotham’s thriller novel of the same name and follows the encounter between two pregnant women from very different backgrounds in Sydney. The show dabbles in the idea that there’s no perfect life, just the illusion of it.

Tom Clancy’s Without Remorse (April 30), Amazon Prime Video: You might be a fan of Jack Ryan, Amazon Prime’s TV show based on the famous Tom Clancy analyst-turned-spy character. Now comes a movie about another one of Clancy’s popular characters from the same universe: John Clark. Michael B. Jordan plays the elite Navy SEAL in this origin story movie, which sees his character taking matters into his own hands when his pregnant wife is murdered. 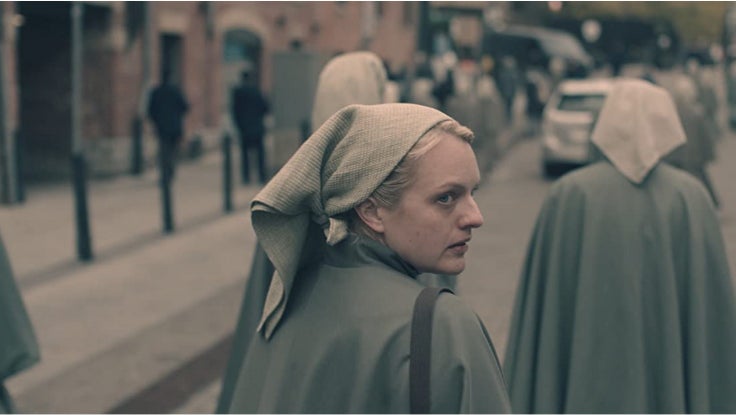 Them (April 9), Amazon Prime: This anthology series with horror and supernatural ingredients has some Lovecraft Country vibes. The first season is set in the 1950s and tells the story of a Black family who moves to an all-white neighborhood in Los Angeles during the Great Migration.

The Nevers (April 11), HBO: Due to a halt in production caused by COVID-19, the first season of this Victorian series will be divided into two parts, with Part One having six episodes and debuting in April. The Nevers tells the story of a supernatural event that gives certain people — mostly women — abnormal abilities. The show was created by Joss Whedon, who initially also served as showrunner. Whedon, who’s been mired in abuse and misconduct allegations, left the show in November 2020. Philippa Goslett is the new showrunner.

Big Shot (April 16), Disney Plus: This 10-episode comedy might remind you of Ted Lasso, another fish-out-of-water sports story. Here, John Stamos plays Coach Korn, a basketball coach who’s been ousted from the NCAA and ends up finding a job at an all-girls high school. But coaching a group of teenagers sure isn’t a walk in the park.

The Handmaid’s Tale (April 28), Hulu: The fourth season of this adaptation of Margaret Atwood’s harrowing novel won’t make for easy watching. But expect another masterful performance from Elisabeth Moss (June) while her character strikes out against Gilead as a rebel leader in this dystopian story about a totalitarian society.

The Mosquito Coast (April 30), Apple TV Plus: Justin Theroux (The Leftovers) and Melissa George (In Treatment) star in this seven-episode series created by Neil Cross (Luther) and based on the book by Paul Theroux, Justin Theroux’s uncle. Justin Theroux plays a radical and inventor who uproots his family to flee to Mexico while on the run from the U.S. government.

Other Must-Watch Films and Events

Shiva Baby (April 2), select theaters and VOD: Emma Seligman makes her feature directorial debut writing and directing this comedy about the twentysomething Danielle (Rachel Sennott) and her tribulations. Her parents force her to attend a family shiva where she runs into her ex, Maya (Molly Gordon), and her sugar daddy, Max (Danny Deferrari). 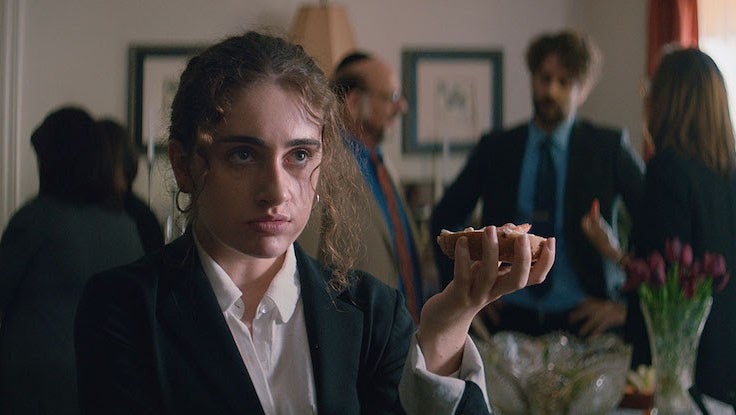 Voyagers (April 9), theaters: Colin Farrell, Tye Sheridan and Lily-Rose Depp star in this science-fiction YA film written and directed by Neil Burger (Divergent). The movie follows a group of young women and men who are sent via spacecraft to colonize a distant planet, but end up defying their training. "As life on the ship descends into chaos, they’re consumed by fear, lust and the insatiable hunger for power," reads the movie’s synopsis.

The Oscars (April 25), ABC: And while we’re recommending things to watch in April, let’s not forget the 93rd Academy Awards, which will celebrate 2020’s best movies. Granted, it’ll be a 3+ hour Zoom meeting. But celebrities also look better than regular people while in their pajamas. Plus, this year the nominations have been so diverse and on point that we couldn’t find much fault in them.