Despite increased vaccination efforts, the ongoing COVID-19 pandemic has grounded most folks’ international travel plans this summer. For now, the safest (and smartest) way to visit faraway escapes might still be via your phone or computer screen, but, on the other hand, there’s no harm in doing a bit of planning for the near future.

So, what locale should you start daydreaming about? We have a top-notch suggestion: Rio de Janeiro. Brazil’s buzzing metropolis is a mix of cultures — including Portuguese, African, European and South American — and, in non-pandemic years, more than 2 million people visit Rio annually to enjoy its famous beaches and rich nightlife.

Although travel is complicated right now, we can still embark on virtual adventures — and start planning those soon-to-be-realized IRL trips. So, come with us to Rio as we take a look at need-to-know booking info to must-see attractions and all the content you should delve into pre-trip.

Editor’s Note: For information on the latest pandemic-related travel requirements and advisories, be sure to check the Centers for Disease Control and Prevention (CDC) and World Health Organization (WHO) websites, as well as airline and destination requirements regarding mask wearing, quarantine, and COVID-19 testing.

Getting to Rio: Flights & Accommodations

Although traveling to Rio, or anywhere international, might not be on the table right now due to the global rise in Delta variant cases, there’s no harm in doing a little research. More likely than not, two of the biggest items on your checklist will be booking flights and finding a place to stay.

If you’re flying from the United States, you’ll have several options when it comes to airlines. If you’re looking for direct flights, you’ll get those options when flying out of Houston, Miami, Atlanta, and New York City, due to the eastern half of the country’s relatively closer proximity to South America. From the U.S., United, American Airlines and Delta all offer connection-free options. Flying from Europe? Try KLM (Amsterdam), British Airways (London), Air France (Paris), TAP Portugal (Lisbon), Iberia (Madrid) or Lufthansa (Frankfurt).

If you don’t mind a stop over, airlines based in Latin and South America, such as LATAM, offer flights to various locations throughout South America, so if destination-hopping is in the cards for you, check out their offerings. Even now, you can try and save on a future flight by tracking prices on a site like Hopper. Not only is this a great budgeting strategy, but it’s also a solid way to familiarize yourself with flight offerings to Rio in general.

When it comes to finding a place to stay, there are many options, as one might expect given that Rio is a major city and tourist hub. The good news? No matter where you choose to stay during your trip, you’ll be greeted by breathtaking views, from mountains to beaches.

If it’s your first time visiting Rio, the spectacular urban beaches might present the biggest draw. If that’s the case, neighborhoods like Copacabana, Ipanema, and Leblon are all suited to beach-going. Want something off the beaten path? Try the ever-artsy Santa Teresa. And, if nightlife and bar-hopping are your prime motivations for visiting Rio, you can’t go wrong with a hotel in Botafogo.

Rio also has accommodations for every traveler’s budget. In the infamous Copacabana, for example, you could splurge on a luxurious hotel or take a more budget-friendly approach without sacrificing the beautiful views, airy rooms and other other amenities. For neighborhoods like Santa Teresa, which don’t feel as a immediately tourist-centric, Airbnb, VRBO and other owner-run rentals might be a better fit.

Now, it’s time to take a trip up Corcovado Mountain to admire the Christ the Redeemer statue. Symbolizing love and redemption, the legendary landmark is an attraction you don’t want to miss. The 98-foot masterpiece was built between 1922 and 1931 on top of a 2,330-foot mountain. Christ the Redeemer stands with open arms, which also represents the welcoming nature of Brazilians.

Brazil is widely known for its samba and bossa nova. These styles will easily transport you to a romantic, tropical night. For samba, listen to the legendary Chico Buarque. One of his most popular songs is “A Banda.” Another famous samba singer to check out is Clara Nunes, a.k.a. the “Queen of Samba.”

One song that put Rio in the spotlight is “Garota de Ipanema” (“The Girl from Ipanema”). The bossa nova and jazz tune was so popular that it won the 1965 Grammy for Record of the Year. Many folks worldwide recognize the musical style of bossa nova, which means “new trend.”

Have you ever heard of funk carioca (favela funk)? It’s Rio’s version of hip hop. When people think of funk carioca, they often associate it with Brazilian singer Ludmilla, formerly known as MC Beyoncé. She went viral in 2012 with the song “Fala Mal de Mim,” which mixes funk melodies with pop. 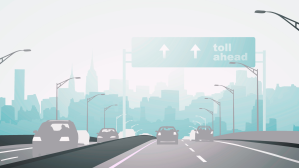 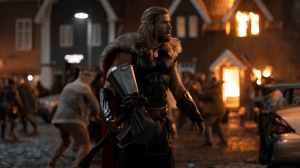 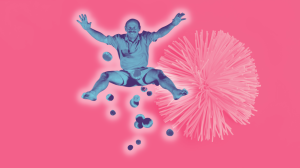 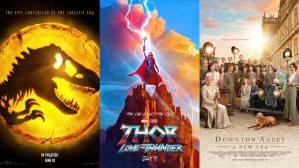 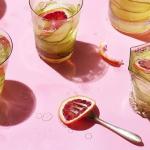 Seasonal Sips: Enjoy Summer With These Refreshing Mocktails and Cocktails
2 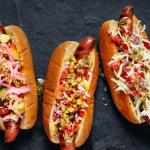 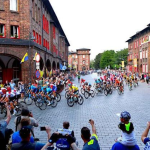 7 Exciting Facts About the Tour de France, and Where to Stream the Race
4

Is Sustainable Aviation Fuel the Future of Aviation?
5