Labor Day honors the countless individuals who comprise the American work force and make our country what it is. You don’t have to be a trained chef to grill (or boil) some hot dogs, but, much like pizza, everyone has their own preferences when it comes to this American classic. And these regional twists go well beyond preferring ketchup or mustard. So whether you’re looking to honor an important event in American history or just looking to shake things up at your next cookout, we’ve got some fun twists on a classic for you.

From the Chicago dog to the slaw dog, we’re taking a look at some of the best regional hot dogs in the U.S. Who knows — you might just find a new favorite!

Every region of the United States tends to have at least one food they absolutely can’t get enough of. In the South, one of those foods is coleslaw. For whatever reason, coleslaw seems to liven up just about anything — and hot dogs are no exception.

While the slaw dog takes many forms depending on which region of the South you find yourself in, you can’t go wrong as long as you top a traditional hot dog with a huge helping of coleslaw. From BBQ to creamy, any style of coleslaw will generally do. Add on optional toppings like mustard, chili, or onions, and enjoy a Southern-style feast.

If you want to go the Seattle-dog route, skip the regular hot dogs and opt instead for a pack of Polish sausage. While traditional dogs will do in a pinch, just make sure that you’re able to split them open to add the Seattle dog’s signature ingredients.

The most important of these include cream cheese and either scallions or sautéed onions. From there, optional toppings such as sauerkraut, cabbage, jalapeños, mustard, sriracha, and BBQ sauce are piled on to complete this edible masterpiece.

Don’t let the name fool you: the Texas Tommy ironically hails from Philadelphia. While the Texas Tommy is short on ingredients, it certainly leans into the meat and cheese components. In order to execute the Texas Tommy, you’ll need just a few key items, starting with an all-beef dog.

Then comes the most vital step of all: slice the dog and fill it with Cheez Wiz, cheese sauce, or cheddar cheese. As you may have gathered, cheese of some sort is the main force behind the Texas Tommy’s magic. Next, wrap the dog in bacon, grill, and serve on a toasted bun.

If you’ve never eaten Cincinnati chili, it’s safe to say you’ve not truly experienced Cincinnati. At some point in history, Cincinnati developed its own signature blend of chili made from ground beef, ground pork, allspice, cloves, cinnamon, and cocoa powder. Immediately afterward, the town became obsessed with it and still puts it on top of everything to this day.

So perhaps it’s no surprise that the Cincinnati Cheese Coney consists of an all-beef dog covered in the aforementioned chili and cheese. A selection of other far-less essential toppings can include mustard and onion, but it’s mostly all about the Cincy cinnamon chili.

While the Broomstick may run you about $27, it’s actually not a bad price considering it’s enough to feed a family of four. The whole thing weighs around three pounds and is packed with a total of 4,000 calories.

If you’ve ever visited California and failed to consume a Danger dog, some might argue you’ve never lived. Perhaps the most mysterious dog on our list, no one’s really sure, exactly, if the Danger dog is made from beef or pork.

Available only from a huge array of unlicensed West Coast vendors, the Danger dog comes wrapped in bacon, deep-fried, and slapped onto a bun. It’s also covered in a variety of toppings, including mustard, ketchup, mayo, fried onions, and jalapeños. While the Danger dog guarantees nothing in the way of nutrition, tempting fate has become an unofficial part of the fun — and it definitely delivers on taste.

A Southwestern favorite, the Sonoran Dog bucks the concept of moderation. Believed to have originated in the Mexican state of Sonora, this no-holds-barred dog eventually made its way to the U.S. and became a staple in various parts of Arizona.

The base is formed by a bacon-wrapped, hot dog — grilled to perfection. It’s then laid in a sturdy bolillo roll bun and smothered in toppings that commonly include any combination of:

Considering how many toppings the average Chicago dog tends to be loaded with, it still has a tendency to pull off a fairly artful, put-together appearance. When it comes to the Windy City’s hot dogs, Vienna beef franks and poppy seed buns are king.

The Chicago dog is not complete, however, until it’s been “dragged through the garden” — that is, decorated with a mixture of toppings. These tend to include:

If you’re looking to invite your Midwestern friends to a cookout, look no further than the Chicago dog if you want rave reviews.

Looking to give your hot dog a little New York City attitude? Look no further than the Papaya dog. The Papaya dog has its origins in various NYC storefronts, such as Papaya King and Gray’s Papaya, all of which originate with a young Greek immigrant who arrived on Ellis Island in 1923.

Now a beloved NYC classic, the Papaya dog features a grilled Sabrett frank on a toasted bun. The dog is topped with deli mustard, sauerkraut, and a mysterious red sauce. While the red sauce can vary depending on the vendor, its base seems to lie in a mixture of tomato paste, vinegar, and onions. Move over, Nathan’s! 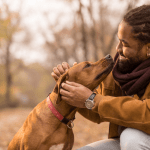 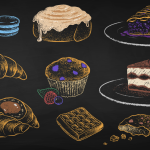 Desserts From Across the U.S. That Your Sweet Tooth Will Love
3 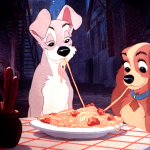 Spaghetti to Savor: Our Favorite Regional Takes on a Comfort Food Classic
4 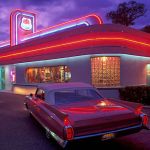